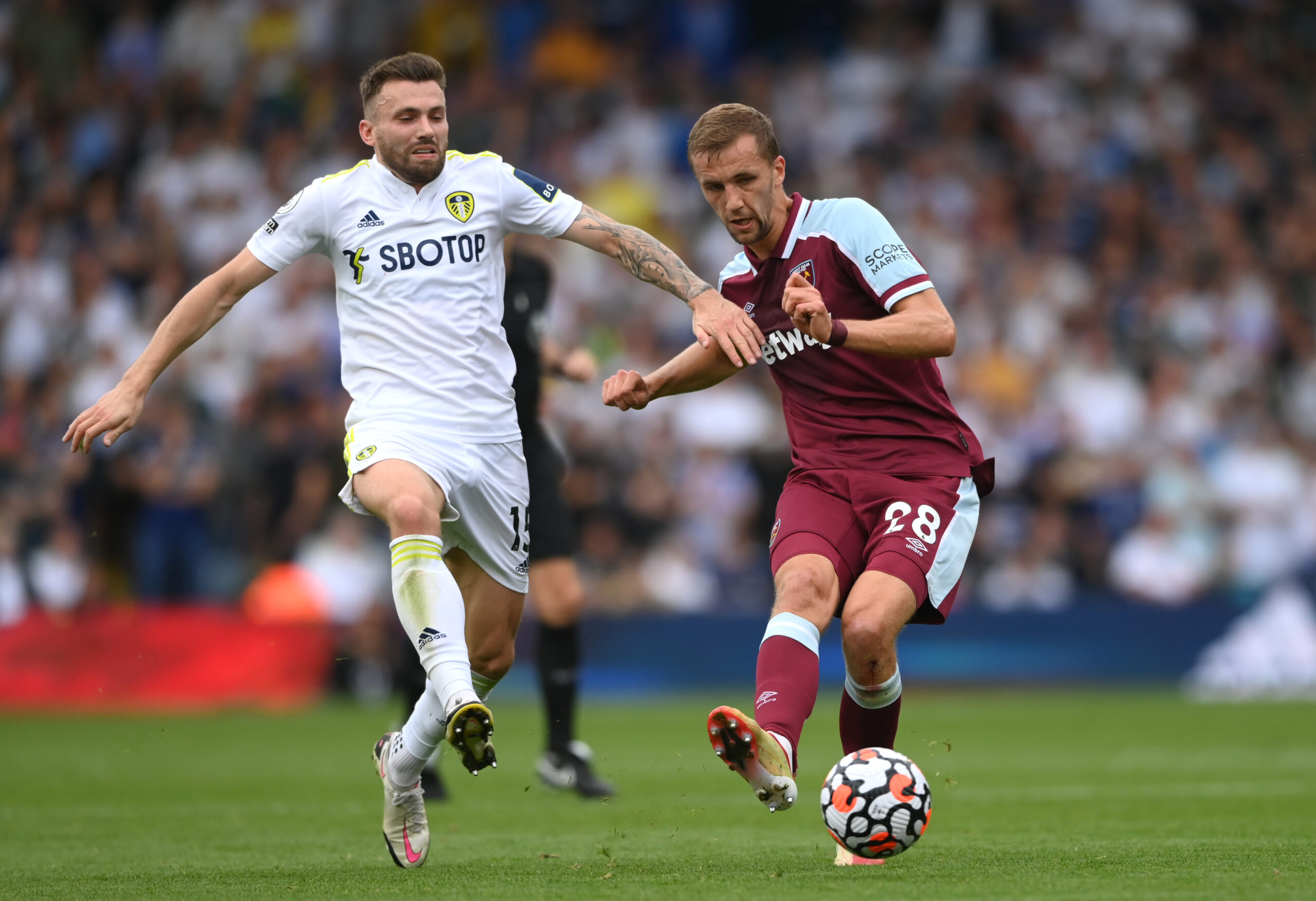 West Ham United will be eyeing a fourth-straight victory across all competitions when they host Brentford in the Premier League tomorrow.

The Hammers have made a solid start to the season, and they recently registered a 2-1 comeback win over Leeds United in the league.

That was followed by another positive result in the Europa League group stage. They secured a 2-0 triumph over Rapid Wien at London Stadium.

They will be eyeing successive league wins when they face the Bees. They are favourites for the London derby, but it may not be straightforward.

The Bees registered a stunning 3-3 draw against Liverpool last weekend. The club pose an attacking threat that the Hammers need to be wary of.

Alphonse Areola made his Europa League debut for the Hammers in midweek, but he is likely to be benched with Lukasz Fabianski being the league regular.

It was initially thought that Fabianski would be displaced from league duties, but he has put in a string of top performances to keep his place.

Angelo Ogbonna and Kurt Zouma are expected to return to the backline after being given a breather in the midweek European outing against Wien.

Aaron Cresswell is pretty much an automatic choice at left-back ahead of Arthur Masuaku. The same could be said about Vladimir Coufal on the other side.

Coufal missed the midweek game with an injury, but David Moyes was optimistic about returning this weekend. His absence could see Ben Johnson continue.

Tomas Soucek should replace Mark Noble in midfield. He had started alongside Declan Rice in each of the club’s six league games this season.

Rice has recently been among the goals in Europe, scoring against Dinamo Zagreb and Wien. He will hope to have a similar impact in the league.

In attack, a couple of changes are on the cards. Andriy Yarmolenko should make way for the return of Jarrod Bowen in his preferred right-wing position.

Nikola Vlasic got another start in the number 10 role in midweek, but he has yet to establish himself in the league. Pablo Fornals is currently the regular choice.

Said Benrahma capped his performance against Wien with an injury-time goal. He has found his feet after a tough debut season. The attacker has four goals this term.

Moyes did not have the option to rest Michail Antonio with no other specialist strikers in the squad. The 31-year-old is currently an undisputed choice to lead the line.

His form has been nothing short of exceptional with six goals and four assists in just seven outings.

Read: How Chelsea could line up (3-4-1-2) against Southampton in the Premier League.