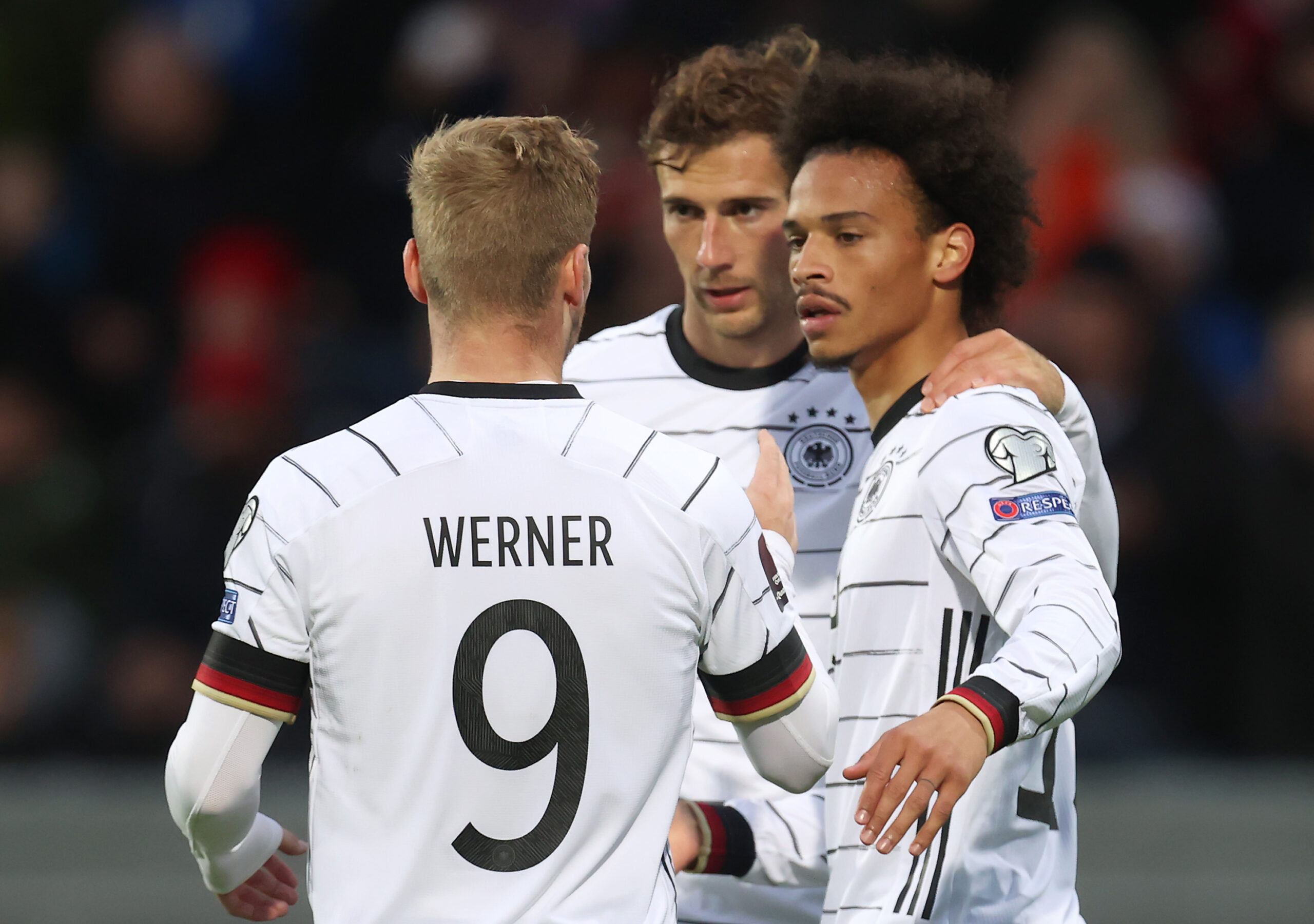 While the keenly-contested battle for the Nations League crown stole the spotlight this week, several of Europe’s heavyweights have their sights set on locking down a place at the 2022 World Cup.

With Spain awaiting their rival in the Nations League final, five of the ten automatic World Cup qualifying spots are open for taking come next Tuesday.

Let’s take a look at the three most exciting World Cup qualifying fixtures to watch out for on Friday.

Germany to maintain their dominance under Hansi Flick

Four-time world champions Germany have picked themselves up from an underwhelming 2-1 home defeat to North Macedonia in March, moving four points clear at the top of Group J.

Since taking over the managerial reins from Joachim Low in September, the 56-year-old has guided Germany to three consecutive landslide victories in the ongoing World Cup qualifying cycle.

Under Flick’s tutelage, the Germans have put Liechtenstein, Armenia and Iceland to the sword, returning an intimidating +12 goal difference from those qualifying successes (GF 12, GA 0).

Four points clear of second-placed Armenia, Germany could book a place in next year’s showpiece by beating Romana and North Macedonia in the upcoming two qualifying fixtures.

After claiming a narrow 1-0 win in Romania back in March, Germany will take on the Tricolours at the Volksparkstadion on October 8, looking to solidify their place at the summit.

Louis van Gaal came out of retirement to take charge of the Netherlands national team for the third time in August after the Oranje’s dismal Euro 2020 last-16 exit.

Frank de Boer’s successor has started his third stint at the Dutch national team with a sluggish 1-1 away draw with Norway.

However, van Gaal’s men have bounced back from that stalemate to beat Montenegro 4-0 and Turkey 6-1 en route to returning to the top of Group G.

However, they have to thank a superior goal difference to Norway for their current position in the standings.

Therefore, their clash with Latvia in Riga is a must-win fixture for FIFA’s 11th-ranked nation as they look to reach the World Cup finals for the first time since 2014.

Overwhelming favourites to extend their 100% win rate against Latvia in competitive match-ups, the Netherlands can ill-afford to drop any points against the section minnows if they are to remain in firm control of their fate.

With three matchdays left to go, Belgium appear to have conquered Group E as they hold a healthy nine-point lead over the chasing pack.

It appears the Czechs and Wales will battle it out for that all-important play-off spot, with the sides heading into proceedings level on points.

Seeking their first appearance at the World Cup tournament since 1958, the Dragons have the upper hand over Jaroslav Silhavy’s team, having a game in hand on the Czechs.

Wales came out victorious in the reverse fixture in Cardiff back in March, courtesy of Daniel James’ 82nd-minute winner, ending a run of back-to-back competitive H2Hs without winning (D1, L1).

Avoiding defeat in Prague could be paramount to the visitors’ hopes of clinching a second-place finish, and after holding the Czechs goalless in three of their last four H2Hs, that feat looks achievable.

Rob Page’s men were left rueing wasted opportunities in their most recent World Cup qualifier in September as they played out a scoreless draw to group outsiders Estonia.

Wales will hope the missed chances won’t come back to haunt them this time around, although they won’t be able to rely on headline performer Gareth Bale in the Czech capital.