Why Denzel Dumfries would be a good signing by Everton 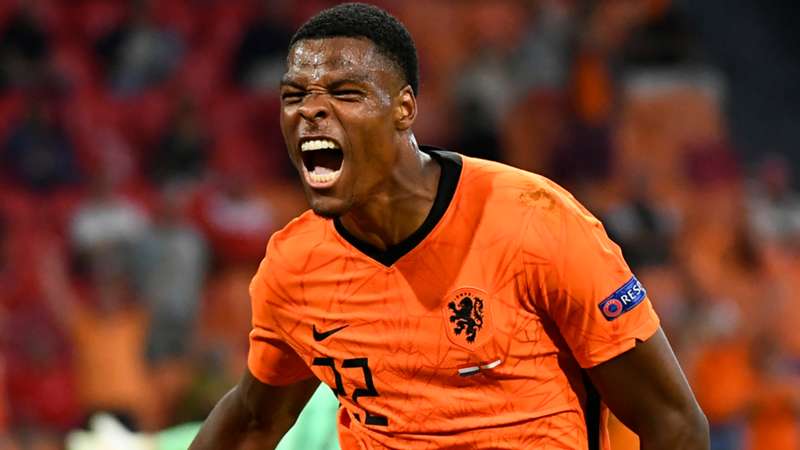 Everton are among the clubs that are interested in signing PSV defender Denzel Dumfries, according to Dutch Journalist Rik Elfrink.

The 25-year-old was one of the Netherlands’ star performers in the European Championships and proved that he is a goalscoring defender by notching two goals in the finals.

The Dutch had a frustrating European Championship campaign as they bombed out in the Round of 16 following a shock 2-0 defeat by the Czech Republic. However, it’s fair to say that Dumfries was impressive in the games that he played in.

He is almost certain to leave PSV this summer.

Everton are currently on a rebuilding phase having appointed the highly-rated Rafa Benitez as their new boss.

After several seasons of under-achievement, the Toffees will be hoping of a solid top six finish next season.

Benitez has a reputation of working well with limited resources and getting the most out of the players that he works with.

The right-back department is one which Everton need to strengthen ahead of the new season. They have deployed Ben Godfrey, Alex Iwobi and Mason Holgate in the position in the past though Seamus Coleman is the only natural right-back in the squad.

At 32-years-old and due to his injury record, Coleman cannot be expected to play in every game going forward. The club should also look to identify the veteran’s long-term successor.

Dumfries will certainly be a good option and will also be feeling that he can potentially take his career to the next level under Benitez.