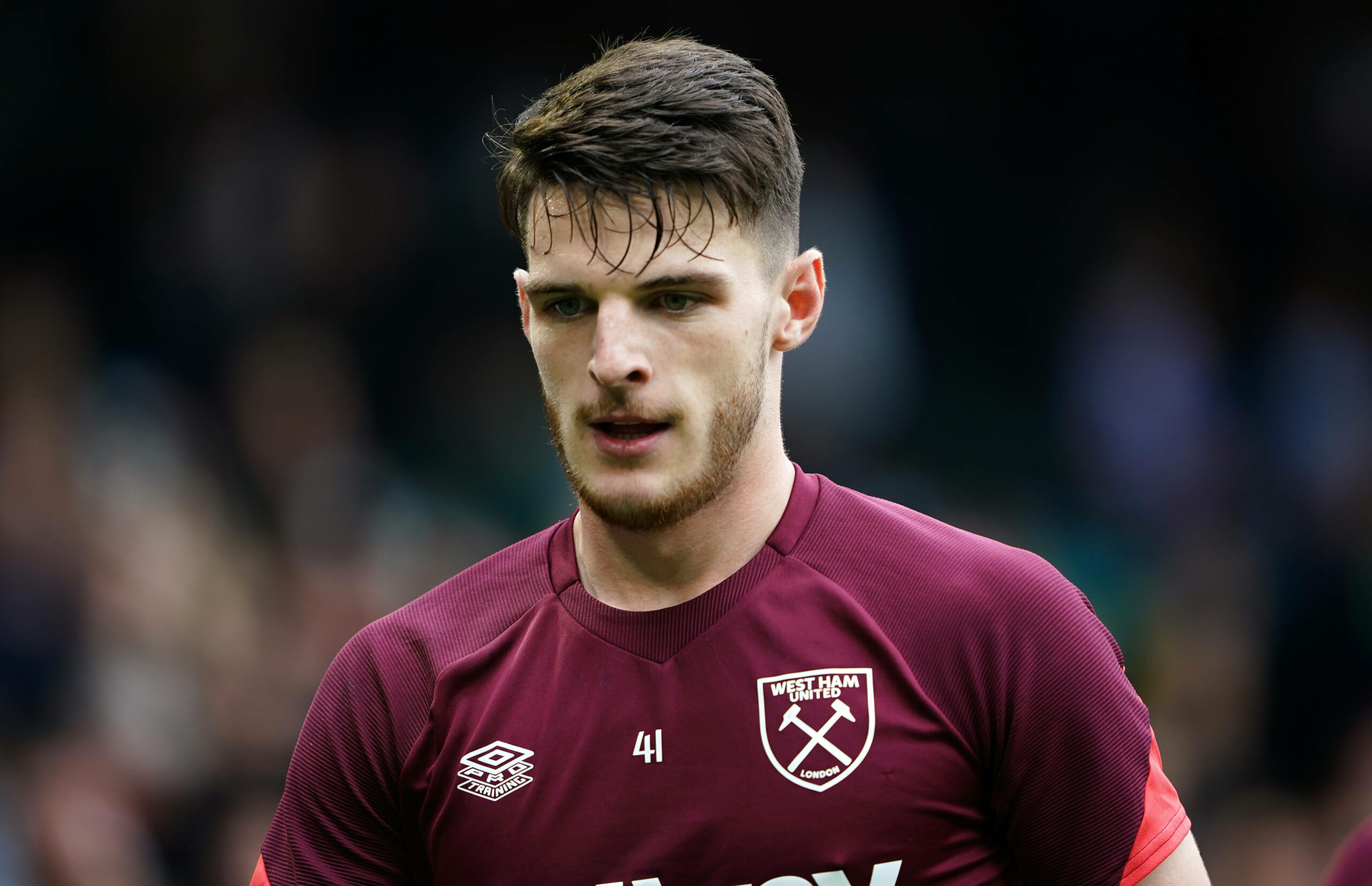 West Ham United are prepared to lower their asking price for Declan Rice amid his reluctance to sign a new contract, Football Insider claims.

The England international was linked with a possible exit this summer, but a deal did not materialise due to the Hammers’ £100 million plus price tag.

Manchester United and Chelsea were reportedly put off by the valuation, but they could get the chance to sign him for less in the upcoming transfer windows.

Rice will have two years left on his contract next summer with a 12-month option. The Hammers are willing to sell him when his valuation is at the highest.

It is reported that the club are planning for a future midfield rebuild, and Rice could leave the club if they receive an offer of around £90m next year.

Rice has developed into one of the Premier League’s best defensive midfielders, and it has recently been reported that he is one of United’s priority targets.

The Blues have also been regularly linked with Rice. His ability to play at centre-back could be a key attribute that could urge them to re-sign their graduate.

It is unlikely that any interested teams will make big-money purchases in January. Rice’s potential move away from the Hammers may happen next summer.

Rice will effectively have three years left on his deal by then, but the Hammers may be tempted to cash in unless he puts pen-to-paper on a renewal.

The Hammers are on the up under David Moyes, but Rice appears to be eyeing the next challenge which is to compete with the best in the Champions League.

While a top-four finish could be tedious, the London outfit could achieve that if they can go all the way and win the Europa League title this season.

That’s a tall order to ask amid fierce competition. Rice’s potential exit next summer could see the Hammers bring in more than one midfielder to their ranks.

Alex Kral can be signed permanently after his loan deal, but there will be places to fill with captain Mark Noble confirming that he will retire after this season.