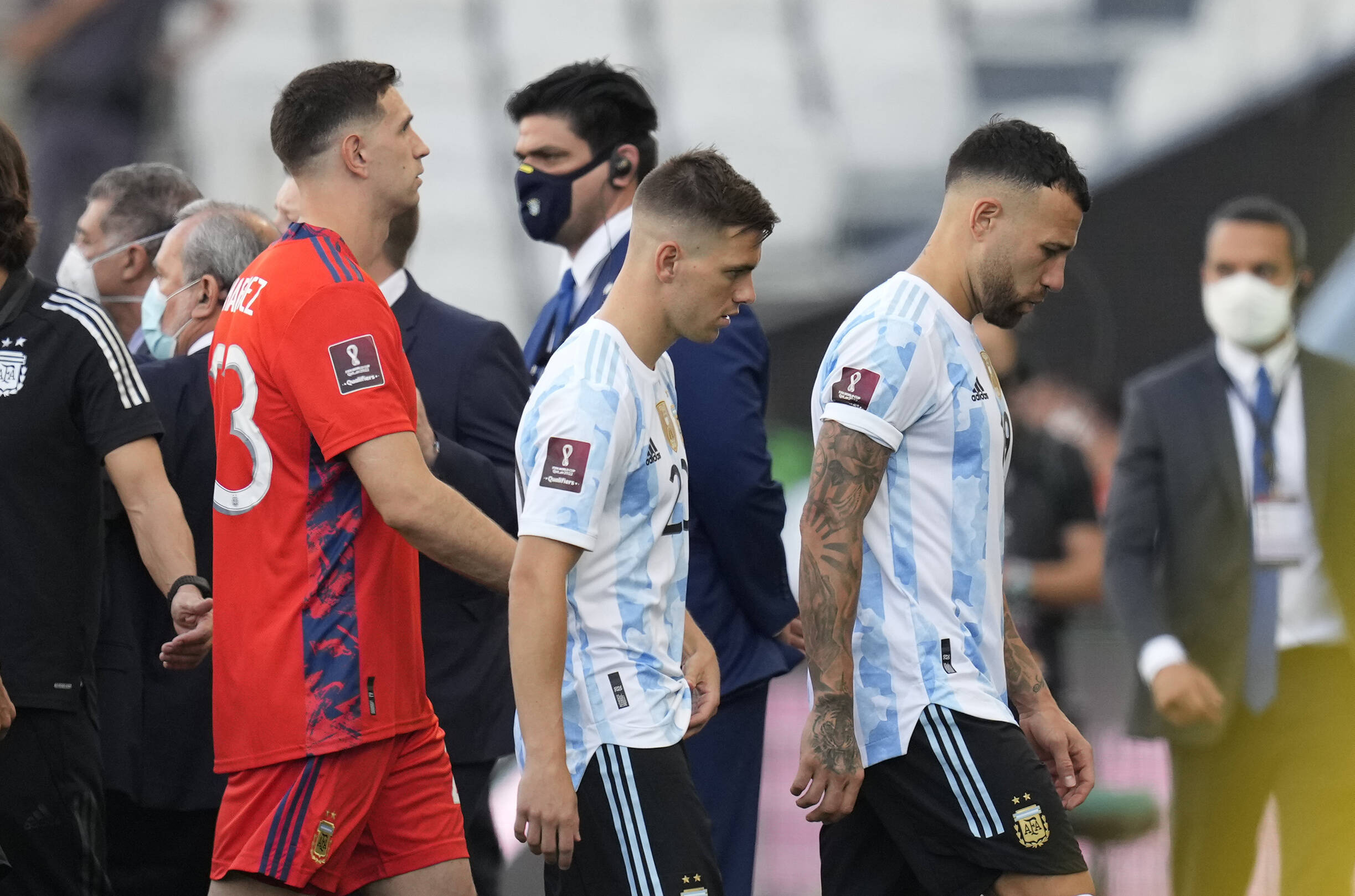 Tottenham Hotspur will fine three players for travelling without permission during the international break.

The current international break has caused controversy in football, with the Premier League and English Football League agreeing not to allow players to be released to play in ‘red list’ countries.

These are countries where visitors must complete a quarantine period upon their return due to the COVID-19 pandemic.

The ‘red list’ is largely compiled of nations from South America, which has had a huge impact on CONMEBOL World Cup qualifiers.

For example, Brazil were forced to leave several first-team players out of their squad including Ederson, Thiago Silva and Richarlison.

However, not every player followed these guidelines. According to Matt Law of the Daily Telegraph, Tottenham will fine Cristian Romero, Giovani Lo Celso and Davinson Sanchez for their participation in the World Cup qualifiers.

Romero and Lo Celso were both named in Argentina’s starting XI to face Brazil at the Neo Quimica Arena.

The game was thrown into chaos during the first half, as Brazilian health officials arrived to prevent players from the English leagues from playing. The match was later postponed.

As for Sanchez, he was a starter for Colombia in their 1-1 draw away to Paraguay.

Both Argentina and Colombia are due to play again in the early hours of Friday, September 10. If they participate, it would leave them needing to quarantine until at least September 20 before returning to action.

The Lilywhites would then have to play three games without key first-team players.

They face Crystal Palace in the Premier League on Saturday, before a trip to Rennes in their first group stage game of the Europa Conference League in midweek. They face Chelsea at home on Sunday, September 19.

Manager Nuno Espirito Santo would be especially light on options at centre-back without Romero and Sanchez.

The Portuguese would only have Eric Dier and Joe Rodon as natural central defenders, while Japhet Tanganga can cover there.

Spurs have made a very encouraging start to the season, and the backline has been one of the main reasons.

They have won all three of their Premier League games 1-0, defeating Manchester City, Wolverhampton Wanderers and Watford.