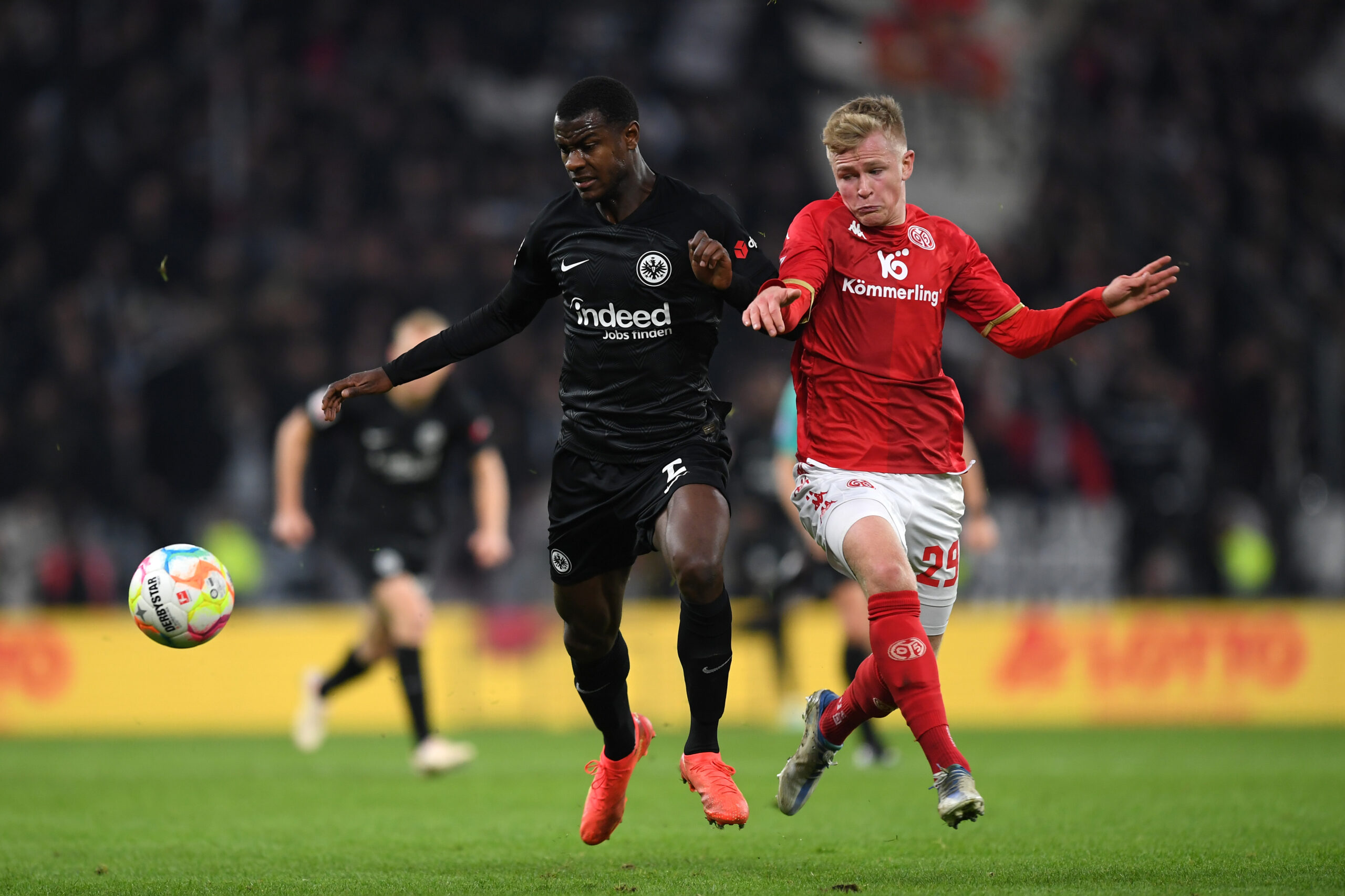 The 23-year-old has been earning rave reviews in the Bundesliga with his performances in the last few seasons.

He helped his side win the Europa League last season and has also made an impressive start this campaign.

The talented defender has already featured in 23 matches across all competitions this season.

However, his current contract at the Deutsche Bank Park is set to expire in the summer, making him an attractive option for several clubs.

According to a report from Romagiallorossa.it, AS Roma are interested in securing his services. However, the Serie A outfit face competition as Tottenham and Newcastle have also been credited with an interest in the French footballer in the latest Premier League transfer news.

Evan Ndicka is a very talented defender who is highly rated for his aerial dominance and concentration.

He has shown huge progress in the last few seasons at Eintracht Frankfurt.

The 23-year-old has also been impressive this campaign, making 15 Bundesliga appearances and earning 1343 minutes.

He has averaged an incredible 5.3 clearances, 1.0 interceptions and 0.9 tackles per game in the German top-flight. The centre-back also completed 86 percent of his passes (as per Whoscored).

Ndicka will likely be a quality addition for Roma who will be looking to secure European football this season. However, if Tottenham and Newcastle come up with a serious offer, then he will likely come to play in England as the Premier League looks to be a more appealing option for him.