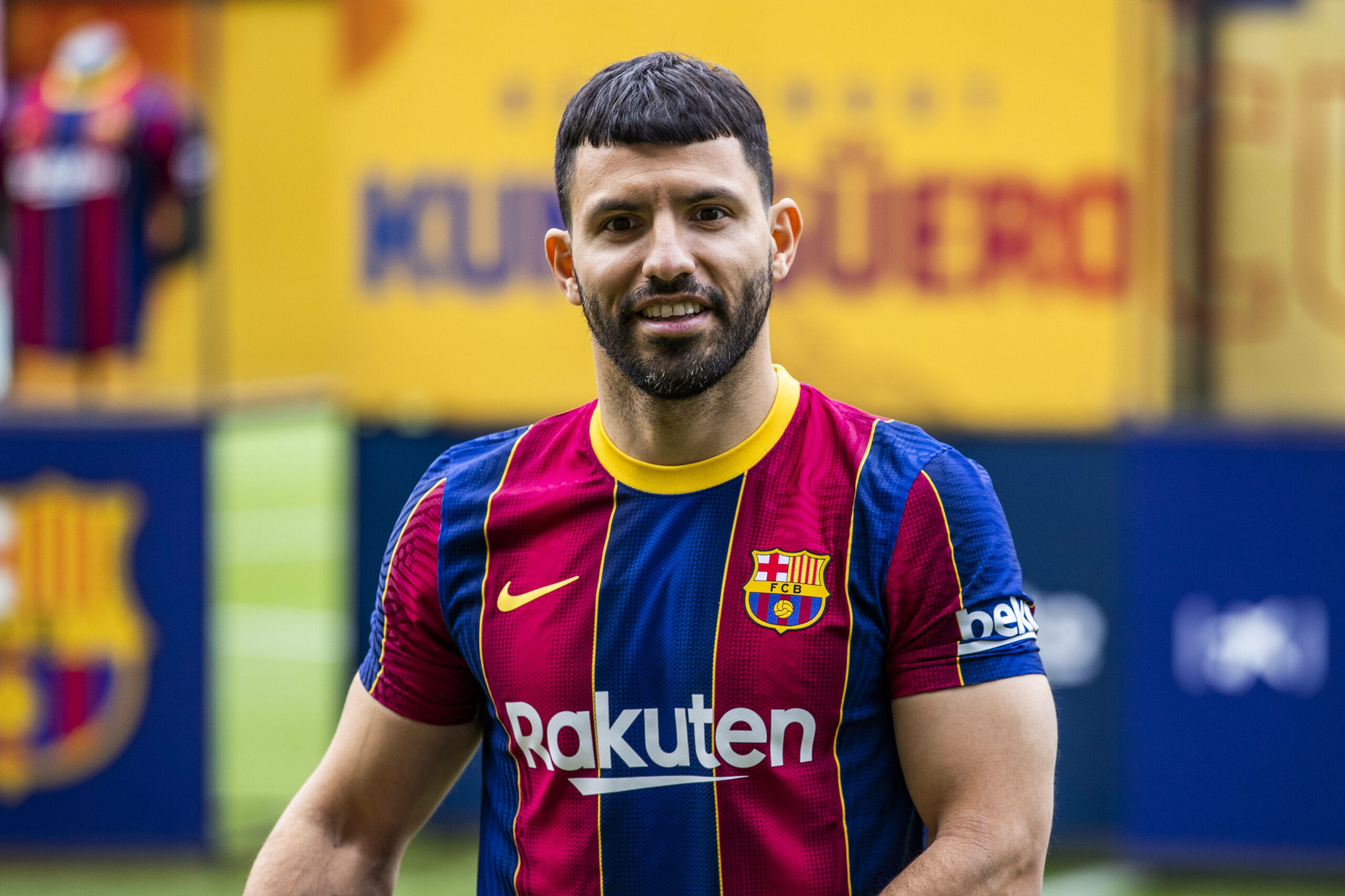 Sergio Aguero has rejected the recent reports that claimed he is keen to leave Barcelona after Lionel Messi’s departure.

The 33-year-old joined the Catalans on a free transfer this summer after his contract at Manchester City expired.

The Spanish giants and Messi were willing to commit to a new contract after his deal expired at the start of last month.

However, that couldn’t happen due to the current wage restrictions in La Liga.

Beteve’s ‘La Porteria’ programme recently claimed that Aguero was no longer interested in remaining at Camp Nou following his close friend’s exit and was seeking a way out of his Barca contract.

He was said to be angry that his fellow Argentina international has left after he was promised that the two would play together.

However, he recently denied the reports when asked by fans about his future at the club’s training ground.

The experienced striker started his career at Independiente before switching to Atletico Madrid in 2006.

His performances attracted the attention of Manchester City, who splashed out £35 million to secure his services in 2011.

The 33-year-old was hugely successful in Manchester, winning five Premier League titles with the club, as well as claiming six EFL Cups and an FA Cup.

He made 390 appearances across all competitions for City, scoring an incredible 260 goals and creating 73 assists.