Wolves are considering signing Liverpool outcast Divock Origi as a replacement for Raul Jimenez, according to The Express.

The 25-year-old has been on the books at Anfield since 2014 and joined the club following an impressive showing for Belgium at the 2014 World Cup.

Whilst he has scored some very important goals in the Premier League and Champions League for the Reds, Origi has failed to reach the level of consistency that could lead to him being considered a first-team regular for the Jurgen Klopp’s side.

He may need to leave Anfield to take his career to the next level. Now may be the right time for Origi to embark on a new challenge as he is approaching the peak years of his career.

Jimenez is now considered to be one of the Premier League’s most elite strikers, and at 29, the Mexican may have one last big move left in him. He may be tempted should he receive offers to link up with teams with Champions League status.

Jimenez is also likely to be out for an extended period of time after getting injured during his team’s win over Arsenal at the Emirates.

Jurgen Klopp could sanction a move in January in order to bring funds to his squad. 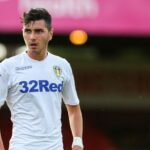 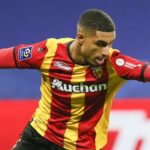