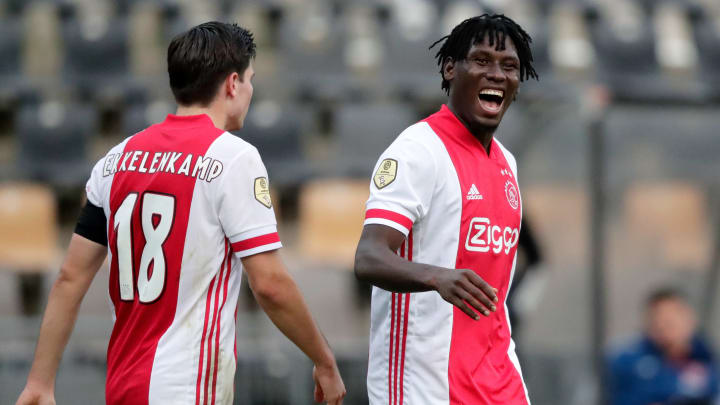 West Ham are interested in Ajax teenager Lassina Traoré, according to a report by De Telegraaf reported by Voetbal Primeur.

The Burkina Faso international has been in excellent form this season. Traoré has scored eight goals and recorded eight assists in just 16 games.

He famously managed to score five goals in a single game when Ajax hammered VVV-Venlo 13-0 back in October.

Naturally, Ajax do not want to sell the player, and the report added that they would like to wait until the end of the season before opening negotiations with any club.

However, the Hammers are desperately looking for attacking reinforcements in this window. Michail Antonio remains out through injury, while Sebastien Haller is also reportedly close to departing the London Stadium.

The report added that West Ham are not the only Premier League club interested in Traoré, as Wolverhampton Wanderers are also believed to be keen.

Nuno’s side are looking to fill the void left by Raul Jimenez, who looks set to be out for the next couple of months with a skull injury.

Ajax have proven to be stubborn in the past when it comes to selling their top young talent, which means it will be surprising should West Ham manage to land Traoré this month.