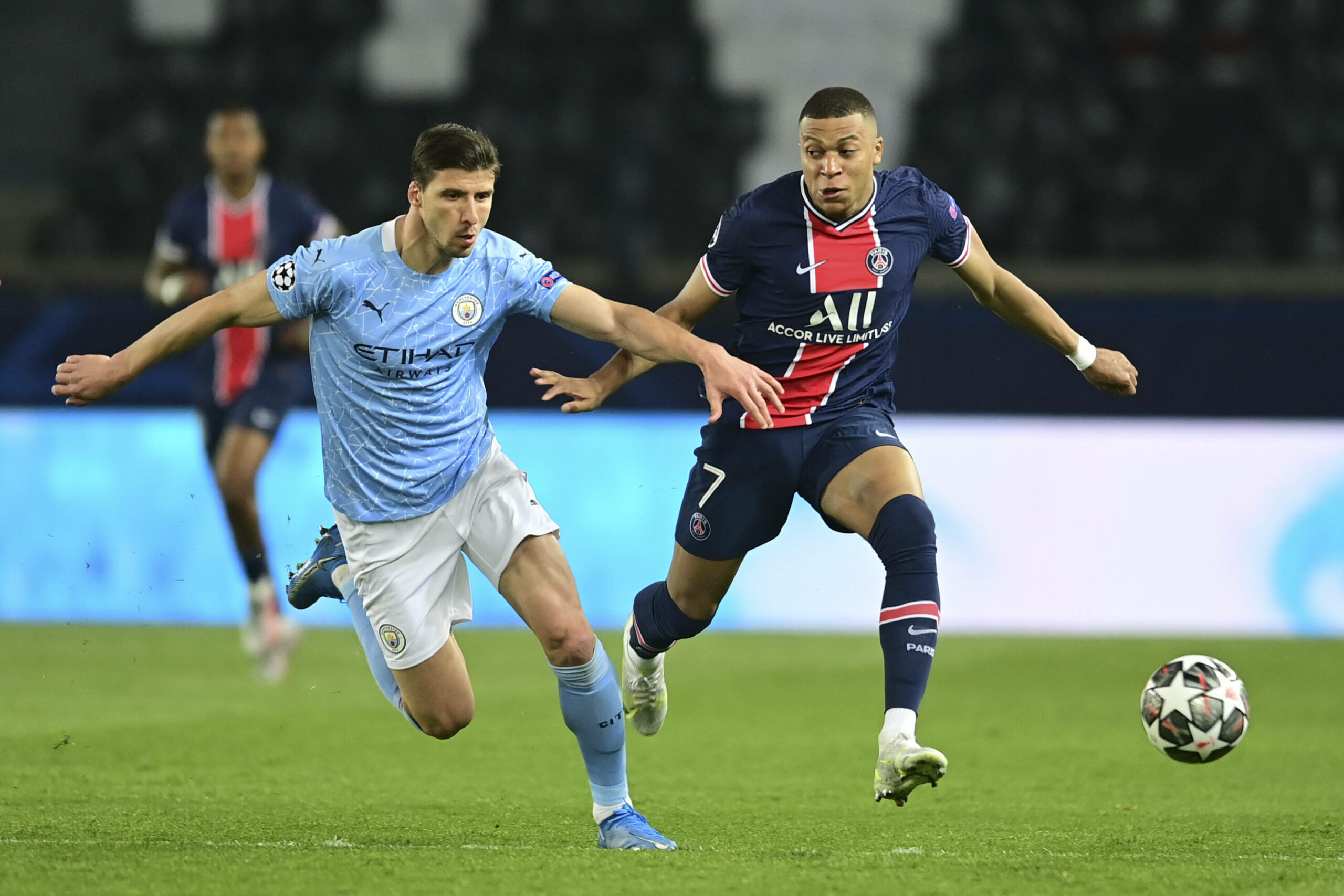 The sides experienced contrasting fortunes on Matchday 1, and the French giants will be under pressure to deliver something special in this mouth-watering European clash.

While Man City’s comprehensive triumph over RB Leipzig was a statement of intent, PSG slumped at Club Brugge despite fielding their all-star attacking trio.

Man City eased past PSG in their last season’s Champions League semi-final tie, winning both legs, including a 2-1 comeback triumph at the Parc des Princes.

Desperate to get off the mark in this year’s Champions League group stage, the French side will have to defy their ‘Cityzens jinx,’ having failed to beat this opposition in any of their five previous European duels (D2, L3).

Additionally, Paris drew a blank three times during that five-game sequence while conceding twice in two of the last three.

In fact, only against Juventus (eight) have PSG played more UEFA European matches without ever winning.

PSG entered their Matchday 1 encounter against Brugge as overwhelming favourites to record a win, but they walked away from Belgium with just a single point in their pocket.

The Ligue 1 heavyweights now face the prospect of going winless in their opening two fixtures in the competition for the first time since 2004/05.

PSG cannot rely on their recent European record against English clubs either, having suffered four defeats in their last five meetings (W1), including each of the last three on home turf.

Although they head into proceedings without a win in their last three Champions League matches at the Parc des Princes (D1, L2), Mauricio Pochettino’s men have been exceptional at home in the competition’s group stage.

Lionel Messi could be ready to take on Man City on Tuesday after overcoming a knee injury he picked up against Lyon last weekend (via Daily Mail).

If the six-time Ballon d’Or winner recovers in time, it will give PSG a massive leg-up, considering the 34-year-old has netted six goals in four Champions League matches against sides managed by Pep Guardiola.

Manchester City produced a tactical masterclass to secure a narrow 1-0 Premier League win over Chelsea at Stamford Bridge on Saturday.

Pep Guardiola’s side claimed a thumping 6-3 victory over Leipzig in their Group A curtain-raiser and are now looking to extend their unbeaten streak in the Champions League away matches to 11 (W8, D2).

You have to go back to December 2017 when they fell to a 2-1 loss to Shakhtar Donetsk to find City’s last Champions League defeat outside England.

Including a 4-1 aggregate triumph in their last season’s Champions League semi-final tie against this opposition, the Cityzens have now won their previous four meetings with Ligue 1 sides in the competition.

After navigating his side to a hard-earned success in London at the weekend, Guardiola became City’s all-time most successful manager in terms of victories (221).

The Spaniard will turn to his marquee summer signing Jack Grealish to help him improve his eye-catching managerial record at the Etihad Stadium.

During City’s abovementioned thrashing of Leipzig, the ex-Aston Villa captain became the first English player to score and assist on his Champions League debut since Wayne Rooney in September 2004.