Phil Jones’ career is in a sad state 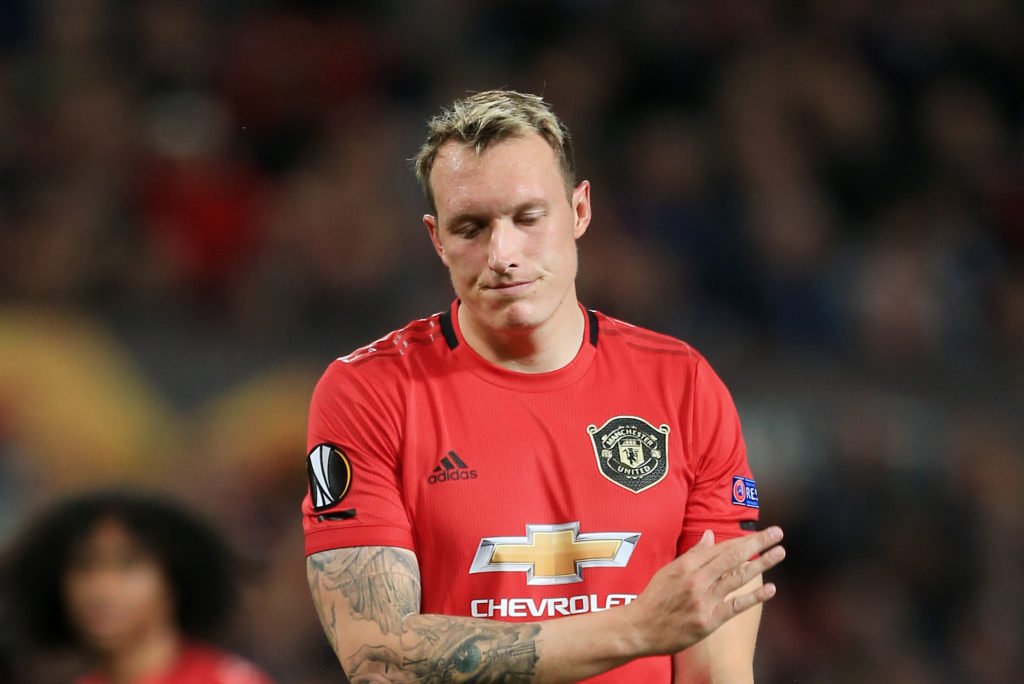 Phil Jones career situation in recent years has been sad.

The English centre-back is set to remain with Manchester United even though he is surplus to requirements at the club.

Jones has been unlucky with fitness issues and injuries in recent years.

A Red Devils player since 2011, he is one of just two survivors from the Sir Alex Ferguson era alongside David de Gea.

Despite his career situation, Jones is highly experienced. He has made more than 150 Premier League appearances for United since joining the club ten years ago.

Surely this would make him an attractive option for newly promoted clubs and many teams in the Championship?

While Jones is certainly not the best defender to have worn the United jersey, he has been a consummate professional.

On that basis, United fans must offer the player the respect he deserves.

It would be fitting for Ole Gunnar Solskjaer to play him one final time to allow him to receive an ovation from the fans.