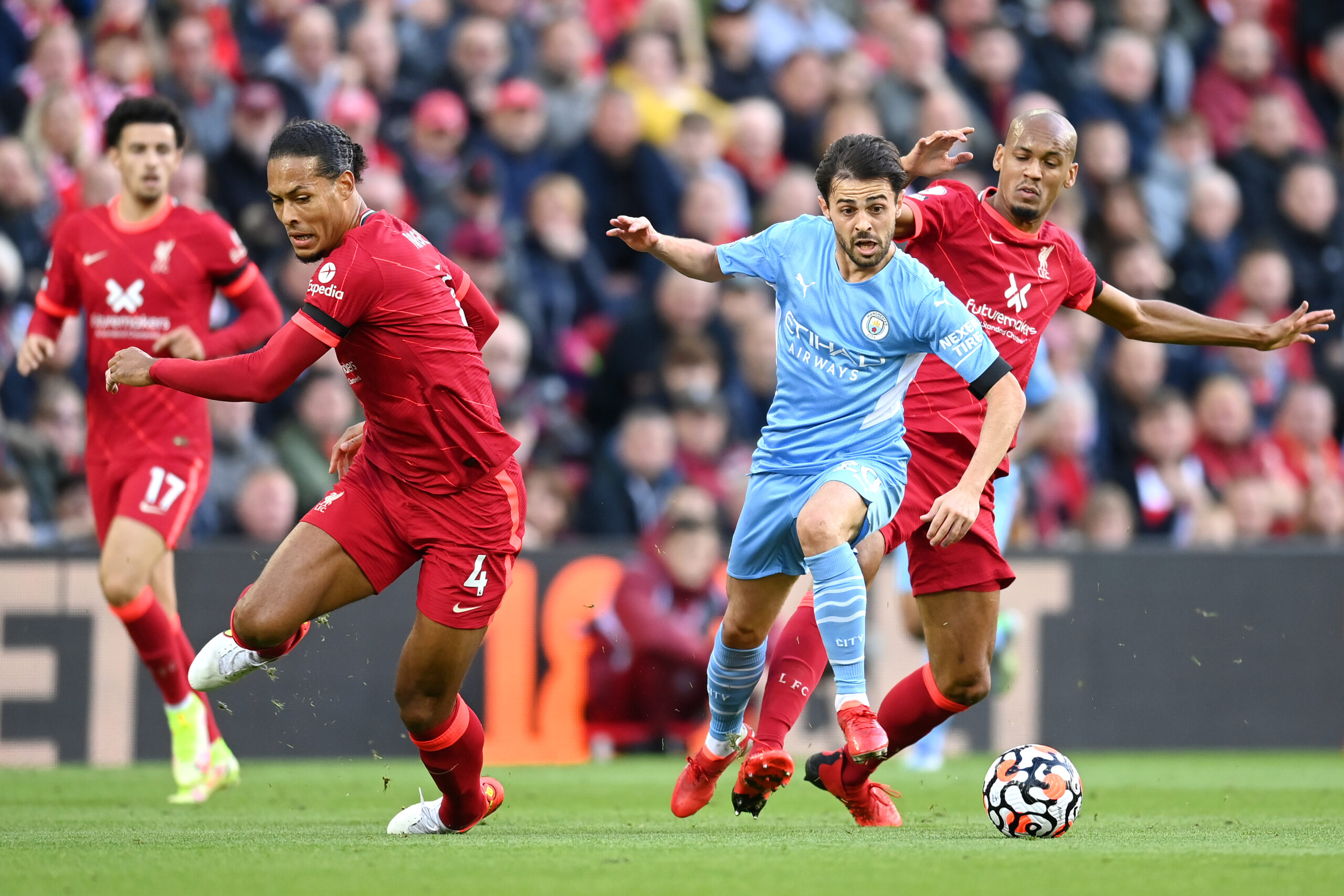 The Cityzens created the better chances in the opening half, but they could not find a way past Alisson Becker.

After the break, it was a completely different story. The Reds twice took the lead in the encounter, but the Cityzens levelled the scores each time.

There were several top performers in the game, but Silva particularly stood out with his sublime display from the right side of a three-man midfield.

Silva produced the best moment of the opening half with a scintillating Messi-esque run.

The Portuguese’s mazy run cut open the Reds defence. He put Phil Foden through on goal, but the latter’s low shot was saved by the onrushing Alisson.

Silva continued to excel with his clever moment. He won 11 ground duels over the 90 minutes, more than any other player on the field from both teams.

Following the game, Guardiola described his showing as magnificent while adding that some performances can only be experienced by watching them.

He told mancity.com: “There are some performances where it’s not necessary to talk about just watch.”

“The performance speaks for itself. It was magnificent – he’s a great player and an exceptional person.”

Bernardo’s future was speculated during this summer when Guardiola admitted that he wanted to move on.

However, his transfer never materialised, and he has since been a regular for the Cityzens in midfield.

The Portuguese scored the crucial winning goal in the 1-0 triumph over Leicester City last month.

He excelled with his ground play against the Reds and was a delight to watch over 90 minutes.

Just a week ago, Guardiola admitted that Silva is happy but may seek an exit in the future.

Silva’s prime concern last term was the inability to claim a regular starting role in the league.

He has certainly managed to do that this term, having started and impressed in almost every game.

The 27-year-old may chance his stance of leaving if he continues to remain a regular in the XI.