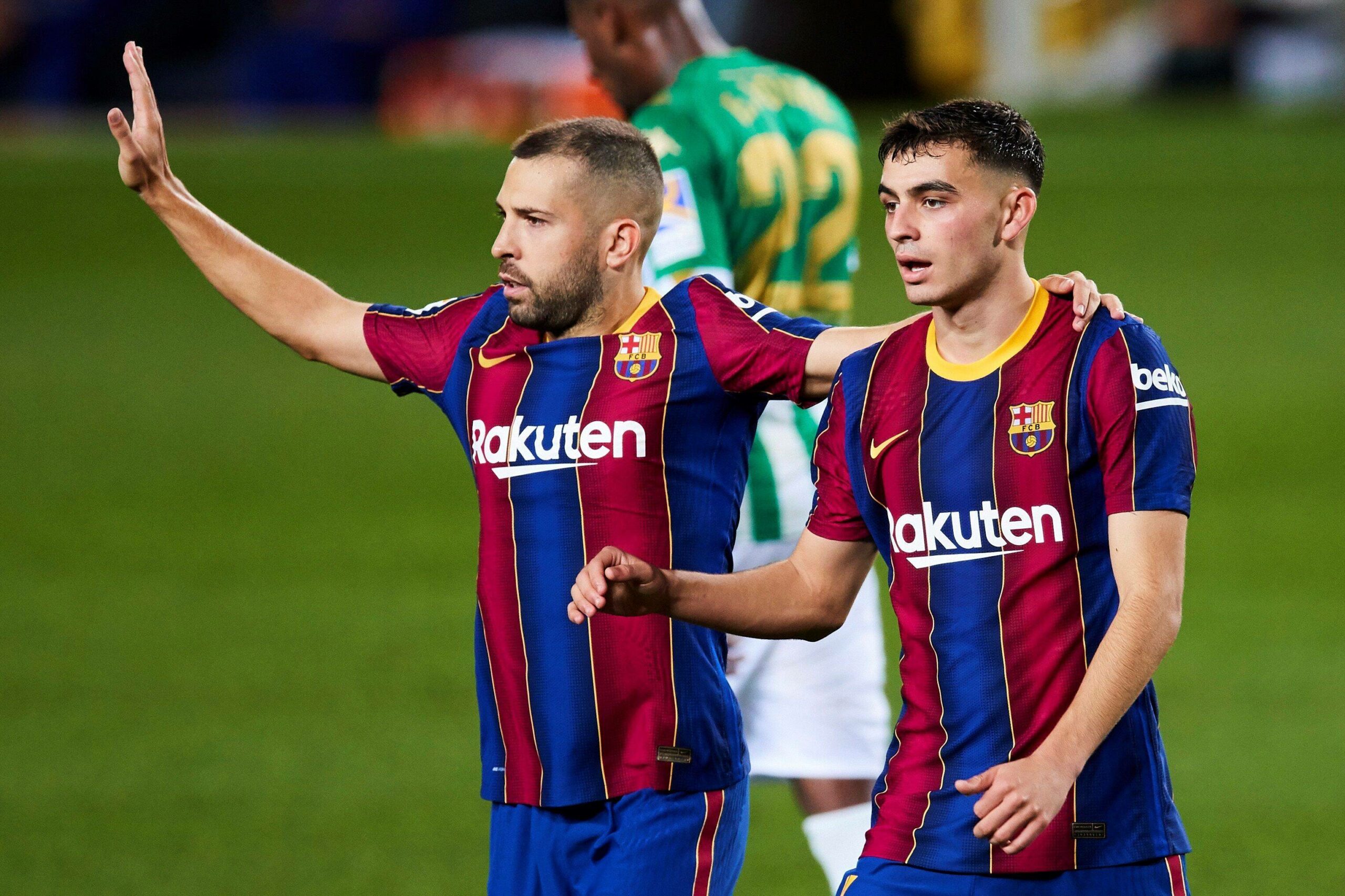 Pedri and Jordi Alba have become the latest Barcelona players to pick up injuries, as revealed via the club’s official website.

Alba has been one of the best left-backs in the world over the last few seasons. His electrifying pace, bombing runs down the wing, and connection with superstar Lionel Messi were crucial features of Barcelona’s style over the years.

As for Pedri, he announced himself to the world with a stellar debut season at Camp Nou.

His performances in central midfield earned him a lot of praise, and he followed this up with the Young Player of the Tournament award at the European Championships.

However, both players are set for a spell on the sidelines. The Catalan giants have confirmed that they have picked up thigh injuries. It is unclear how long they will be out.

There is plenty of cover in central midfield, meaning La Blaugrana should be able to cope without Pedri for a few games.

The likes of Frenkie de Jong, Sergio Busquets, Philippe Coutinho and Sergi Roberto are reliable options in the heart of the team, while youngsters Nico Gonzalez and Gavi are coming through.

But there isn’t as much back up available in the left-back spot, especially following the sale of Junior Firpo to Leeds United this summer.

It is likely that academy graduate Alejandro Balde will get his opportunity in the first team while Alba is sidelined.

The news will be a bitter blow to manager Ronald Koeman, who already has enough to worry about.

His side’s on-the-pitch frailties were severely exposed on Tuesday, as they were comfortably beaten 3-0 by Bayern Munich in the Champions League without registering a single shot on target.

The Dutchman already has to deal with several absentees in his squad. Sergio Aguero is yet to make his debut for the club due to an injury, while teenager Ansu Fati is yet to fully recover from his long-term lay-off.

Martin Braithwaite and Ousmane Dembele are also out, leaving Koeman with only Memphis Depay and Luuk de Jong to choose from in the forward areas.

Barcelona will be looking to bounce back from their midweek disappointment with a victory against Granada on Monday.

Following this, they have league fixtures against Cadiz and Levante before a trip to Benfica in their second Champions League group stage game.