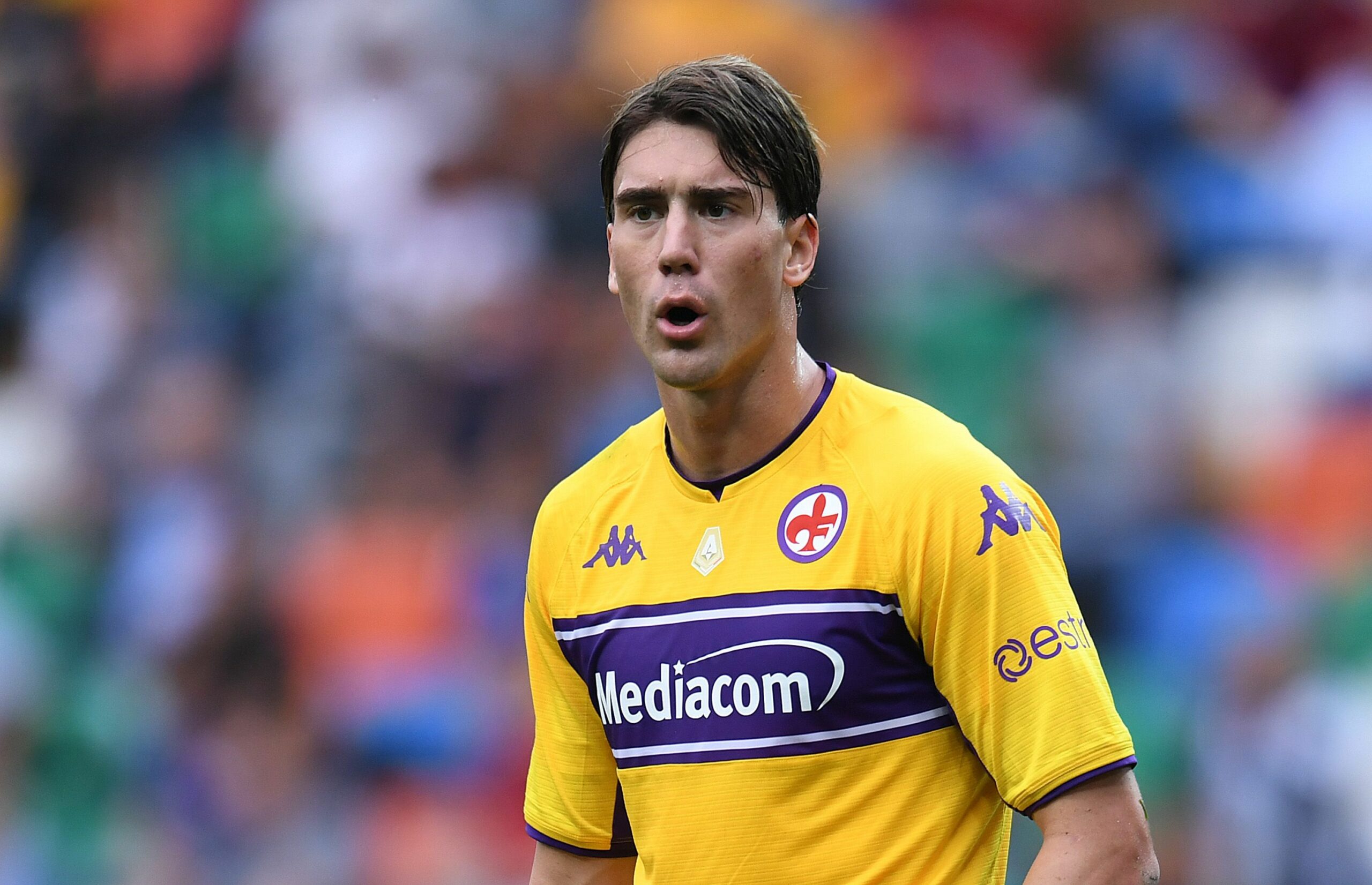 Paris Saint-Germain have identified Fiorentina striker Dusan Vlahovic as a potential candidate to replace Kylian Mbappe at the end of the season, Le 10 Sport claims.

Les Parisiens are keen to renew the contract of Mbappe, but they are yet to make progress over a possible extension.

The Frenchman will enter the final six months of his contract at the turn of the year, and Real Madrid are widely expected to finalise a pre-contract with him.

With that in mind, Les Parisiens are looking at potential replacements and have an eye on Vlahovic, who is also on the radar of Bayern Munich and Tottenham Hotspur.

Mbappe recently confirmed that Los Blancos were the only club he would have chosen had he left PSG during this summer’s transfer window.

Florentino Perez has revealed that the club will make a contract offer in January. Les Parisiens seem to be facing a losing battle in keeping him beyond the summer.

Vlahovic is a completely different striker to Mbappe. He is gifted with pace despite his aerial presence but tends to prefer working around the box rather than out wide.

His physical and aerial prowess would bring a different dimension to Les Parisiens’ game, and he could prosper with the chances created by Neymar and Lionel Messi.

The 21-year-old has proved his credentials at Fiorentina with 25 Serie A goals since last season. Only nine of those came from the penalty spot for La Viola.

He should only get better with elite players around him. It appears likely that he could move on in either January or at the end of the campaign based on transfer offers.

Vlahovic has rejected a new contract beyond June 2023. La Viola wanted €70 million for his services last summer and may hold out for much less at the beginning of the year.

Manchester City and Spurs have also been credited with an interest, and it won’t be a straightforward task for Les Parisiens to prise away the player from the Serie A outfit.

City are keen to bring in a new striker in January while Spurs are also searching for a potential replacement for Harry Kane, who could leave at the end of the campaign.

It remains to be seen whether the Parisian giants will make an early approach. They could lose out as they may face Financial Fair Play concerns over a permanent deal.

An option could be to pursue him on loan with an obligation to buy. They signed Nuno Mendes on a temporary deal with a buy option this summer to negate FFP issues.

Read: Arsenal could sign Andrea Belotti as a replacement for Alexandre Lacazette.