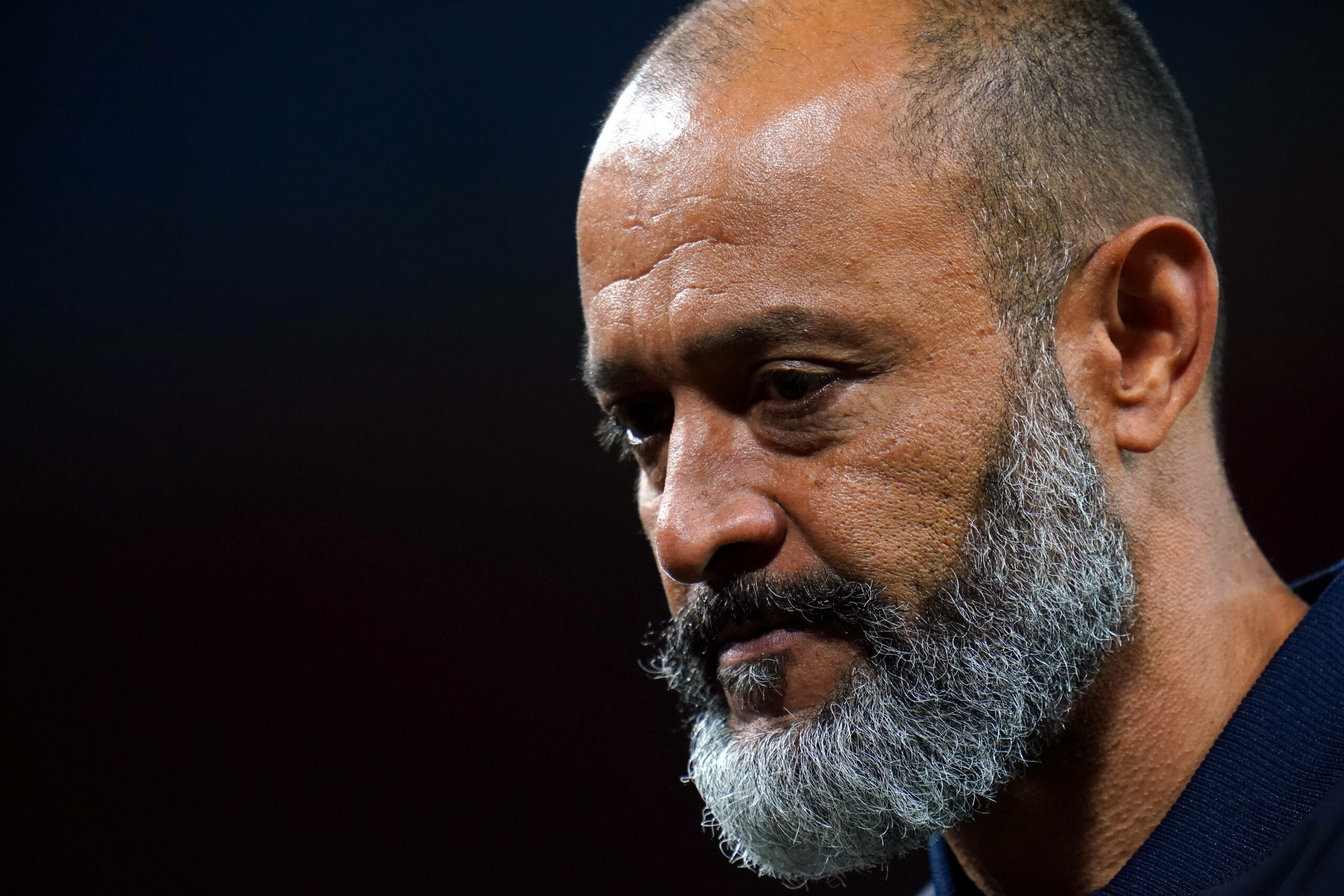 Nuno Espirito Santo urged his Tottenham Hotspur players to improve in the build-up to their Europa Conference League match against NS Mura.

The scars of a dismal 3-1 defeat to Arsenal in the London derby are still fresh as Spurs gear up for what seems to be a winnable European fixture against Slovenian opposition.

After being held to a 2-2 draw to Rennes in their Group G curtain-raiser, Tottenham will be gunning for their first victory in the Europa Conference League proper.

Mura, who succumbed to a 2-0 home loss to Vitesse on Matchday 1, will arrive at the Tottenham Hotspur Stadium on Thursday with Nuno demanding a reaction from his players.

Asked to provide an update on Spurs’ post-derby reaction, the Portuguese manager replied to Tottenham’s official website: “It’s been a normal reaction after a bad game… disappointed, sad, and it’s a feeling that’s with us, and it’s then you realise that you have to react.

“You go home, you feel bad, you come to training and feel sad. That has to give you the strength to react, and we expect a better reaction.

“We have to perform better. We have to improve and make things right. We have a good chance to do that.

“It’s in our beautiful stadium – our fans are not happy, but we expect them to support us and help, and what we have to do is not ask them, but to deliver. We have to give them back this feeling of joy and happiness.

“The team has to give back to the fans now.”

Tottenham will enjoy the prospect of meeting sub-par Mura on home soil amid their domestic woes, as they have gone from a hat-trick of 1-0 Premier League triumphs to three consecutive top-flight defeats.

The aforementioned reverse against Arsenal has made it five straight games without a victory in all competitions.

Spurs’ last competitive win dates back to late August when they eked out a narrow 1-0 league triumph over promoted Watford.

Mura’s visit to London will serve as a warm-up fixture ahead of Tottenham’s Premier League clash against high-flying Aston Villa on Sunday.

Dean Smith’s men have experienced an upturn in form over the past couple of weeks, going from consecutive league matches without winning to back-to-back triumphs.

No strangers to high-stake affairs, Villa have outplayed Everton and Manchester United without conceding in their last two Premier League outings.

The Midlands side won this fixture 2-1 in mid-May despite falling behind after just eight minutes.

But the fact that they have not lost two Premier League matches against Villa in succession since September 2008 should fill Tottenham with confidence.