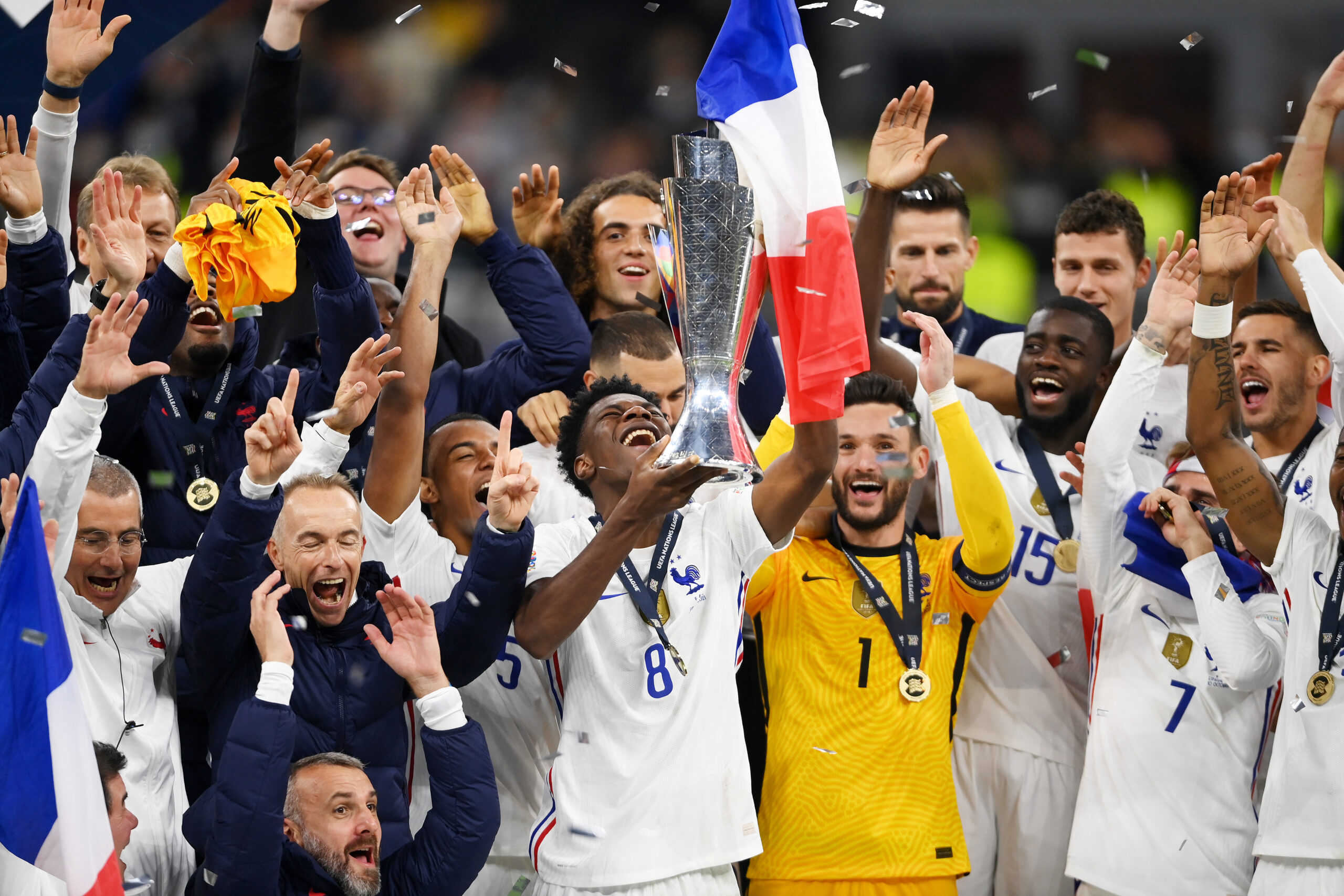 Monaco midfielder Aurelien Tchouameni has emerged as a transfer target for Real Madrid after his impressive showing for France in the Nations League final, Marca claims.

The Frenchman made his international debut for Les Bleus in September. He has already earned five caps with three of those from the starting line-up.

Tchouameni recently starred alongside Paul Pogba in France’s 2-1 triumph over Spain in the Nations League final. It is now claimed that he is on Los Blancos’ radar.

A pre-contract deal for Kylian Mbappe in January remains the prime objective, but they are also looking into the future with a potential move for Tchouameni.

The club are not alone in the player’s pursuit, with Juventus and Chelsea also keeping tabs on him.

Los Blancos currently have Casemiro as the undisputed defensive midfielder, but his form was far from impressive in September where he was found wanting in possession.

The Brazilian’s form came under scrutiny from some fans, but it appears unlikely that manager Carlo Ancelotti will drop him to the bench when he is available for selection.

The club also have Eduardo Camavinga and Antonio Blanco that can perform the holding role. A move for Tchouameni does not appear a necessity at the moment.

However, Madrid are looking to build a young team for the long-term future.

Tchouameni has the traits to succeed at Madrid with his strong defensive attributes. He also has the knack for making forward runs and does not shy from taking shots.

The main concern at Madrid would be that he won’t be a regular starter from the off. This could persuade him to look elsewhere with interest from Juventus and Chelsea.

The Blues identified the €35 million-rated star as an alternative to West Ham United’s Declan Rice this summer but signed Saul Niguez on loan from Atletico Madrid.

Saul has failed to make an impact, and the west London giants could revive their interest in Tchouameni.

The Bianconeri are also hot on the trail of the talented youngster. They are reportedly looking to offload Weston McKennie and Aaron Ramsey in January to secure his services.

The Turin giants had a big part to play in Pogba’s early development into an elite midfielder before he left for Manchester United, and they may look to replicate the same.

The club may assure the young midfielder with regular starts in Serie A. They could have the edge over Los Blancos and Blues with an early move during the winter transfer window.

The Blues have also been tipped to accelerate their interest, but they have the midfield well covered with Jorginho, N’Golo Kante and Mateo Kovacic being the regulars.