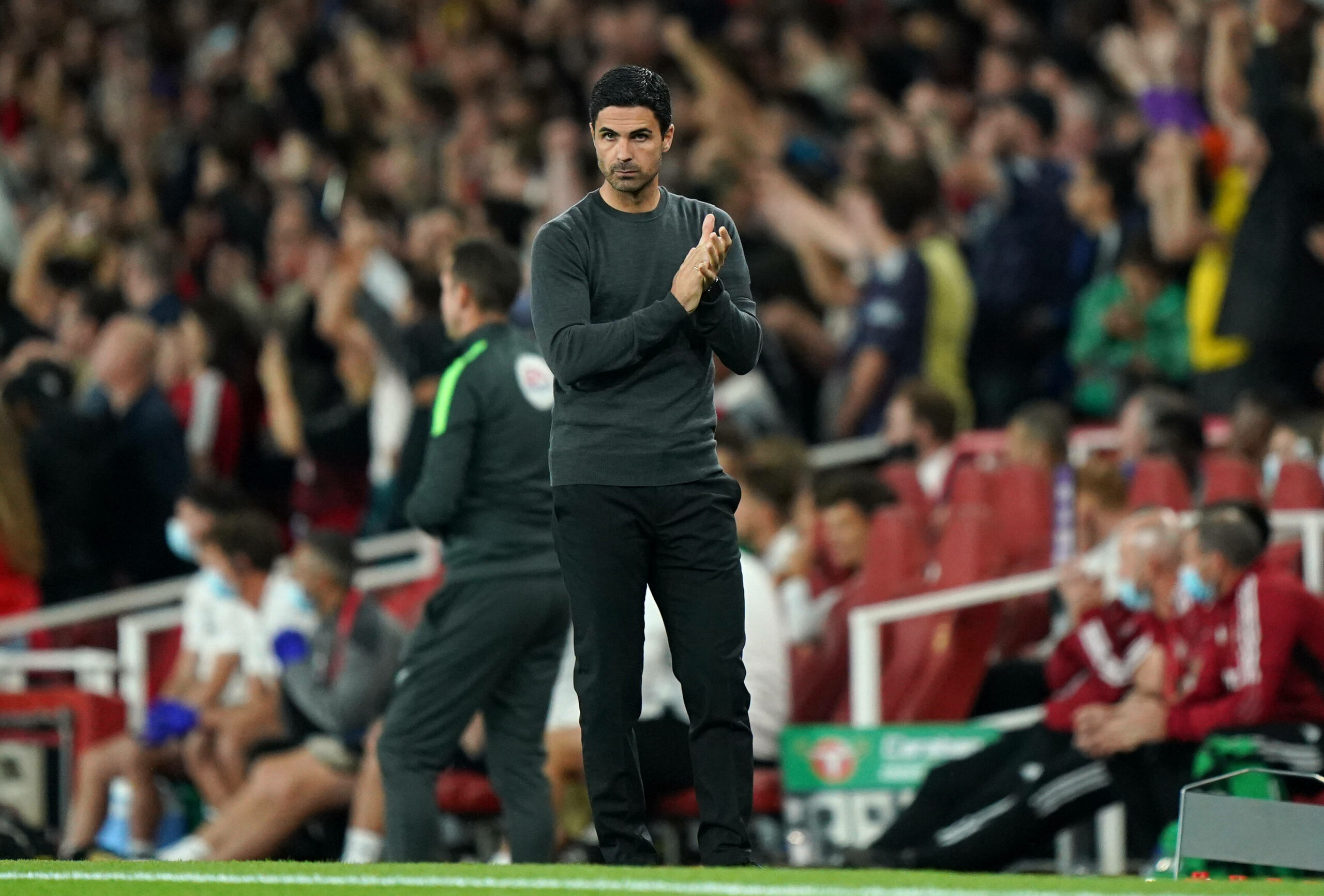 Mikel Arteta believes the momentum his Arsenal side have gathered in the build-up to their Premier League meeting with Tottenham Hotspur will play an influential role on Sunday.

The Gunners brushed lower-league outfit AFC Wimbledon aside with a comprehensive 3-0 victory in Wednesday’s Carabao Cup encounter, stretching their winning streak in all competitions to three matches.

Arsenal’s form after the international break represents a massive turnaround on their early exchanges this season.

The Londoners have gone from three consecutive Premier League defeats ‘to nil’ to winning their last three competitive games without conceding.

They will welcome bitter London rivals Tottenham to the Emirates Stadium in high spirits on Sunday, with Arteta hailing his side’s upturn in form.

“Confidence rises – competition brings the best out of you when you have difficult moments, he told the Independent.

“The boys have managed to win three games in a row, so credit to how they have handled the situation, and now they are obviously looking forward to playing on Sunday in what is our biggest game of the season.”

“As long as we were 1-0 up obviously they were still in the game and in a set-piece situation, you can concede a goal. We knew that we had to close the game down, and we did it in the end and looked comfortable.”

Arteta made ten changes from Arsenal’s slender 1-0 win at Burnley, with only Thomas Party preserving his place in the starting line-up.

However, Alexandre Lacazette, who has yet to find the net in the Premier League this term, returned to the scoresheet against Wimbledon.

The Frenchman has endured a rough time, and his 11th-minute spot-kick on Wednesday could be a huge confidence booster moving forward.

In addition to Lacazette, Arsenal’s new No 10, Emile Smith Rowe, registered his first goal of the season before Eddie Nketiah put the game to bed in the 80th minute.

Man City pair set to miss crucial fixtures against Chelsea, Liverpool and PSG
FIFA 22 pass masters: Who are the best passers in the game?