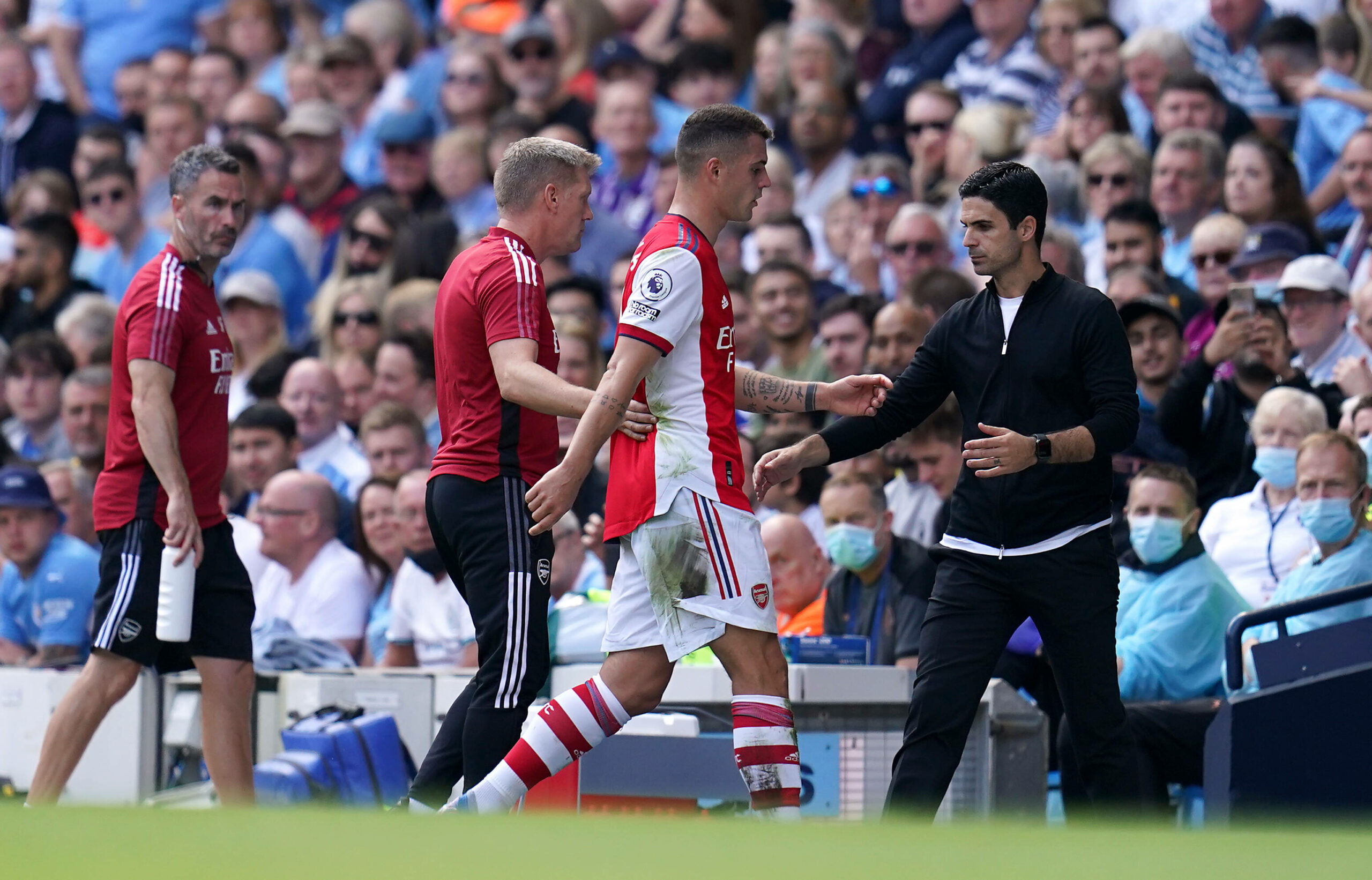 The Gunners made it three league wins on the bounce after a convincing performance against Spurs. Xhaka played a key role on his comeback.

The Swiss recently served a three-game domestic ban, but Arteta had no second thoughts of reinstating him in the line-up for the north London derby.

Xhaka produced an assured performance that included an early interception on Heung-min Son, who was denied a potential goalscoring opportunity.

The 28-year-old also played a crucial role in the second goal. A poor Aaron Ramsdale pass nearly gifted Spurs the opportunity to level the scores at 1-0.

However, Xhaka nullified the situation with a clever body check on Pierre-Emile Hojbjerg. The Gunners went on to double the lead just moments later.

Xhaka was struggling with cramp towards the end of the game, but he suffered a worrying leg injury before he was substituted after Lucas Moura fell on him.

Arteta told Arsenal.com: “Unfortunately, he got injured. I am pretty worried because it doesn’t look very positive at the moment.”

The Gunners have coped well in the absence of Xhaka in recent weeks, with young duo Albert Sambi Lokonga and Ainsley Maitland-Niles stepping up.

Arteta has also played with a 4-1-4-1 formation in the Swiss’ absence. It could be an option against Brighton & Hove Albion on the road next weekend.

Xhaka limped off the playing field in distress. Hopefully, the injury is nothing serious. He may have added time to recover with an international break coming up.