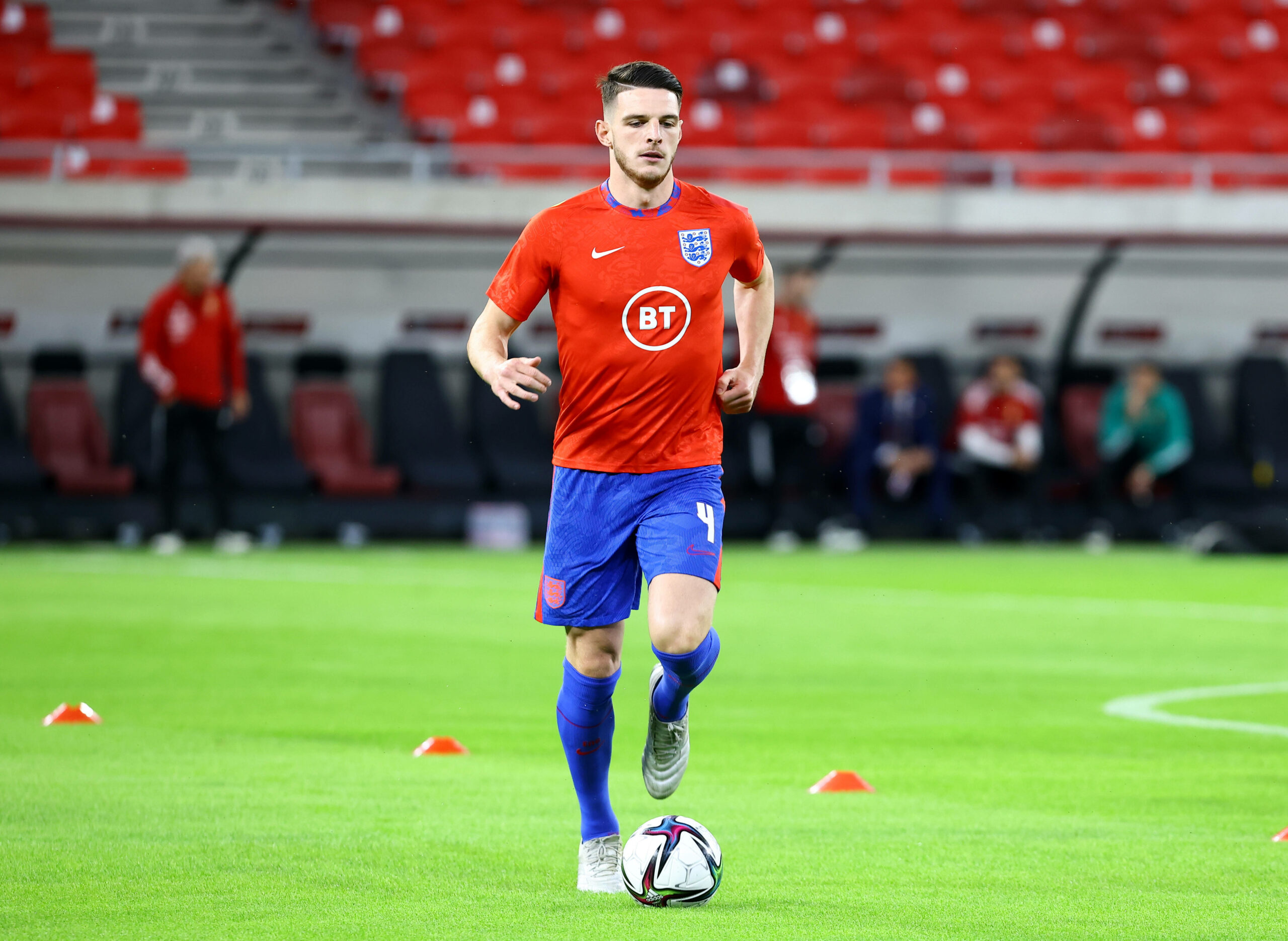 Manchester United have earmarked Declan Rice as their priority midfield target for next summer’s transfer window, according to Manchester Evening News.

The Red Devils had one of their best transfer windows as they bolstered their ranks with Tom Heaton, Raphael Varane, Jadon Sancho and Cristiano Ronaldo.

A new winger and central defender was always a priority for this summer, but a move for Ronaldo came out of the blue, much to the amazement of fans.

It is now reported that a new midfielder could be the focus next summer. West Ham United’s Rice has emerged as the prime target for the Red Devils.

It is suggested that a transfer could be influenced by Paul Pogba’s expiring contract and the uncertainty surrounding Donny van de Beek’s future.

The Red Devils made the most of the transfer market compared to other top-flight clubs. They are now in a position to offer a serious title challenge.

Despite this, there are some fans that have shown displeasure over the club’s refusal to pursue a defensive midfielder in the recent transfer window.

They had the chance to recruit Saul Niguez from Atletico Madrid, but let go of the opportunity as they did not feel that he would suit the club.

Saul ended up joining rivals Chelsea on loan with an option to buy next summer. This has further infuriated a section of the United supporters.

Pogba’s current deal with the club expires in June 2022, and there has not been any progress over a possible renewal.

Rice has now been highlighted as a top target for United, and there are no surprises, given his steady progress over the past few years at West Ham.

He has recently declined to renew his contract beyond June 2024, and there is speculation that he could push for a move to a Champions League club.

United have three holding midfielders in the squad in Scott McTominay, Fred and Nemanja Matic, but none have been consistent with their displays.

Matic (33) may probably head for the exit door next summer, and there is room for one marquee signing to come in and cement a regular starting role.

United may ideally want to supplement Pogba with Rice rather than bringing the England international as a replacement for the 28-year-old.

They are no longer in control of the Frenchman’s destiny, but keeping him and pairing with Rice would be the perfect match for long-term success.

While Pogba likes to advance with the ball, Rice is most comfortable in the holding role as exhibited over the past few seasons with the Hammers.

United will need to act fast to secure Rice’s services next summer with likely competition from Chelsea and Manchester City.