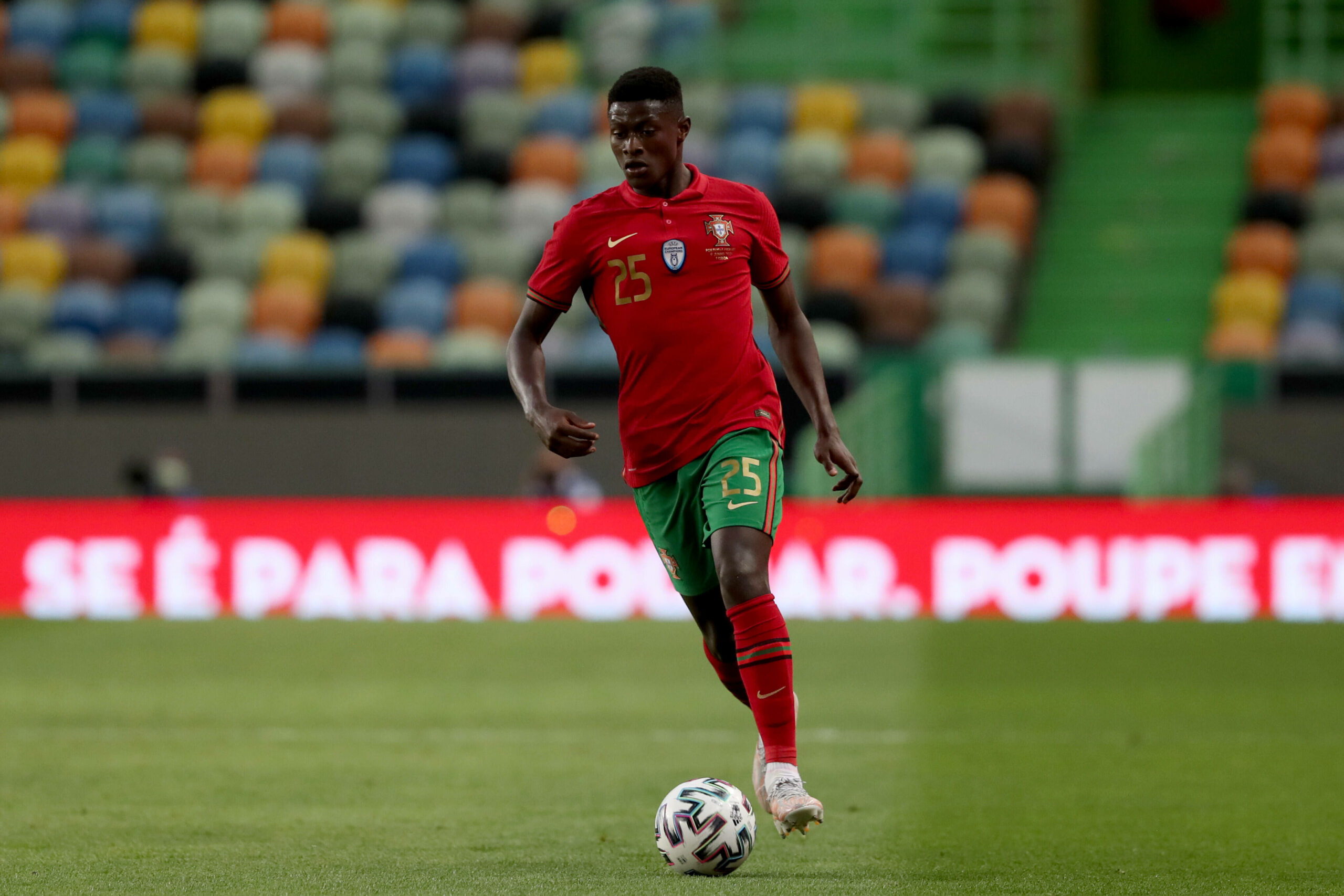 Italian journalist Fabrizio Romano reveals the reigning Premier League champions are admiring the 19-year-old, albeit insisting they refuse to commit to his price tag.

Guardiola’s decision to fork out £52million to sing Benjamin Mendy from Monaco in summer 2017 has not turned out well, with the Frenchman’s career at the Etihad highlighted by lengthy spells on the sidelines.

Mendy’s inability to stay fit saw the Spaniard deploy Oleksandr Zinchenko as a makeshift left-back for most of the 2020/21 season.

Though the Ukrainian excelled in his new position, the Cityzens are looking for an out-and-out left-back to cover the role next term.

Mendes has emerged as City’s top priority, but Sporting’s whopping demands continue to be a sticking point.

The Portuguese talent made his senior breakthrough this past season, quickly establishing himself as a permanent first-team fixture on the back of Marcos Acuna’s departure for Sevilla.

After nailing down the left-back position at the Estadio Jose Alvalade as his own, the teenager has become one of Sporting’s driving forces in an imperious Liga Nos title charge.

Known for his bursting runs down the left flank, his ability to dribble past the opposition and deadly crosses into the box have made him one of the most coveted young left-backs in Europe.

Mendes’ blistering showings under Ruben Amorim earned him a long-term contract at Sporting back in December 2020.

After inserting a staggering €70million price tag in his new deal, the defending Portuguese champions are not ready to negotiate the player’s departure for anything less than €50m.

Meanwhile, City are reluctant to go beyond €30m to get the deal over the line, which leaves the door open for other suitors to try to steal the Portugal international away.

With Raheem Sterling and Phil Foden no strangers to drifting inside, there are acres of space left to be exploited on the left side, which would see the Portuguese’s talents truly burst into life.