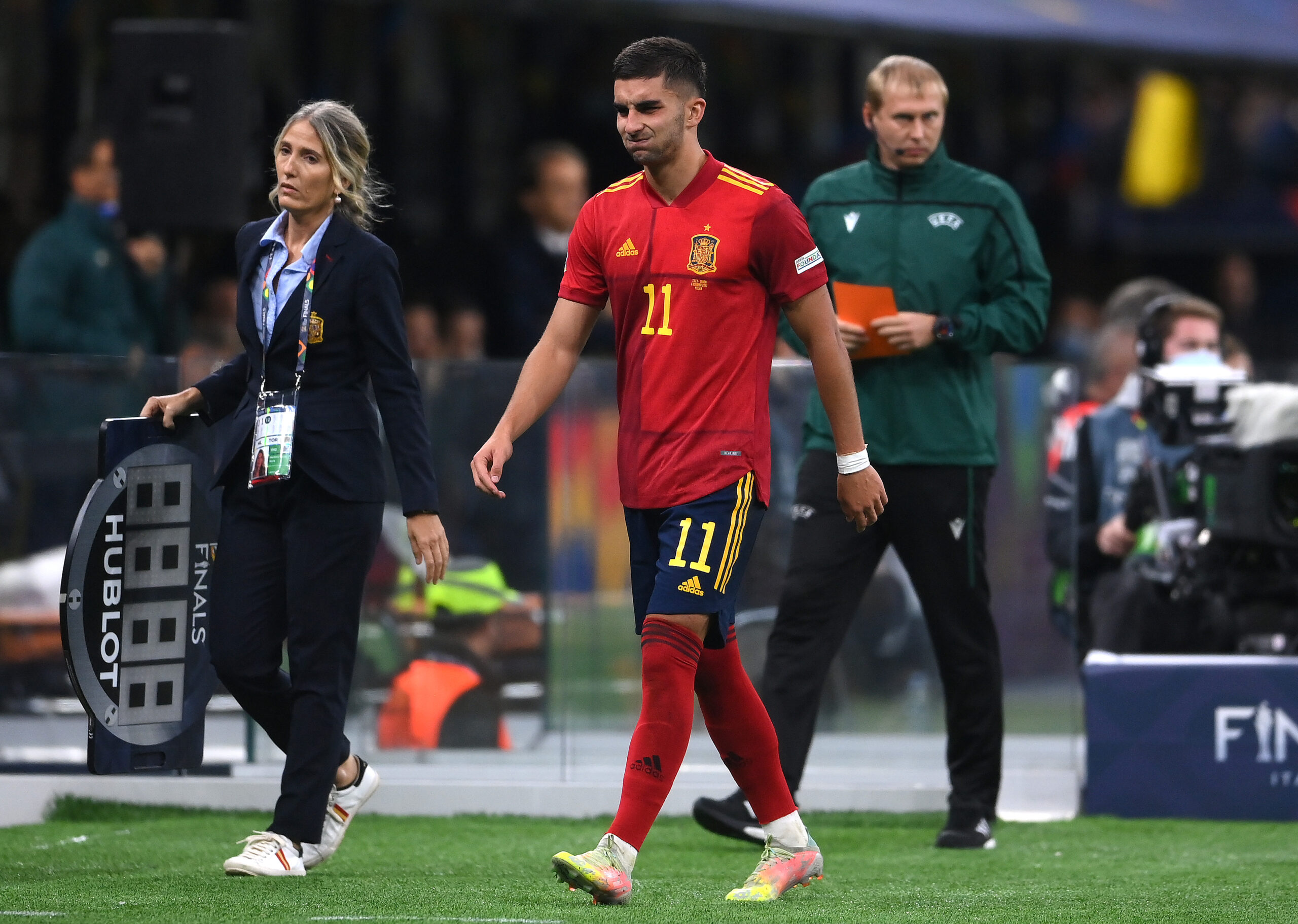 A selection of Manchester City fans were delighted with Ferran Torres’ outstanding performance for Spain during their Nations League semi-final against Italy.

Italy had the home advantage last night with the game being played at San Siro, but it was the visitors who opened the scoring after just 17 minutes on the clock.

Mikel Oyarzabal delivered an exquisite cross from the left flank for Torres, who beat Gianluigi Donnarumma with a side-footed volley into the right corner of the net.

Things got better for La Roja, with Bonucci getting sent off for a second yellow card offence in the 42nd minute.

Just moments before the interval, Luis Enrique’s side doubled their advantage. Oyarzabal and Torres combined once more to put the Italian defence to the sword.

Oyarzabal delivered another perfectly-timed cross for Torres. The striker leapt high at the far post, guiding a header into the left hand corner of the net this time.

The second half saw Spain’s complete dominance with 85 percent possession, but they faced a late scare after a moment of brilliance from Federico Chiesa.

The 23-year-old nabbed possession on the counter-attack before putting the ball on the plate for Lorenzo Pellegrini to convert into an empty net in the 83rd minute.

It was too late for the Italians to spur a sensational comeback. Spain reached their first major final in nearly a decade after ending Italy’s record 37-match unbeatable streak.

Torres was the standout performer with a brace in the opening half. He could not bag another hat-trick, having been substituted early after the interval with a minor injury.

Some City fans were delighted for the Spaniard. A few of them believe he could get a regular run of games when the season restarts after the ongoing internationals.

Torres started the first four matches of the new Premier League season from the centre-forward position. He bagged two goals and an assist in the 5-0 win over Arsenal.

He has since been an unused substitute but has played a couple of games in the Champions League and Carabao Cup.

The £45 million-rated star has shown that he can effectively adapt to the centre-forward role despite being a winger by trade. He could earn more minutes at City after his latest showing.

Pep Guardiola has praised Torres on multiple occasions this year. With Gabriel Jesus excelling from the right flank, Torres has emerged as a realistic option to lead the line.

He needs to find consistency in his game. Jack Grealish, Phil Foden and Raheem Sterling have had turns in the striker role. Torres will need to make the most of his chances.