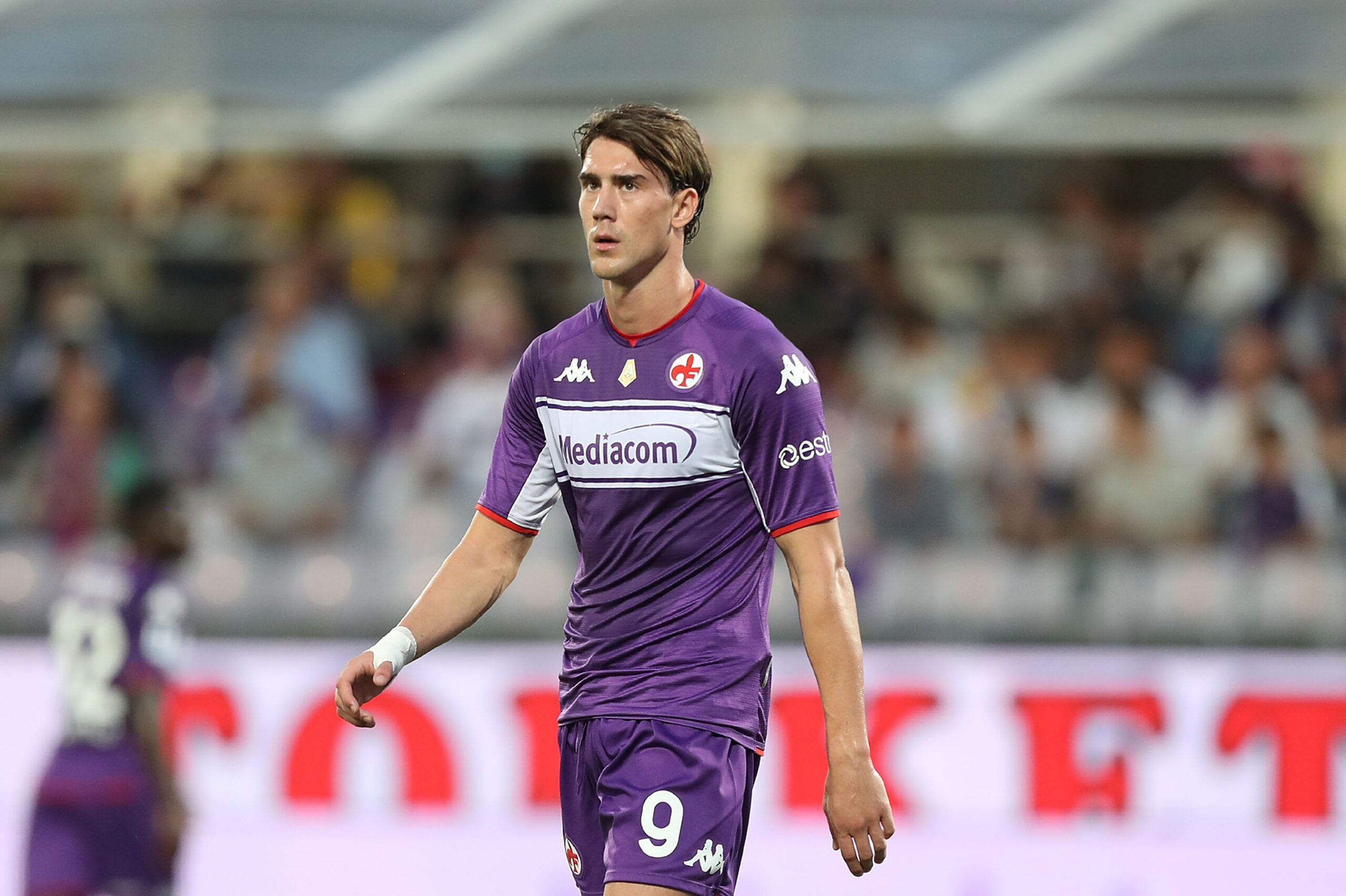 The Serbia international was on the radar of Atletico Madrid last summer, but their €55 million bid fell short of La Viola’s €70m valuation for the marksman.

They went on to pursue Matheus Cunha from Hertha Berlin for just over €30m while Antoine Griezmann was also re-signed on a two-year loan from Barcelona.

In recent weeks, Fiorentina were hopeful of extending Vlahovic’s contract expiring in June 2023 with a release clause.

However, the negotiations have broken down with the player, and it is reported that the Florence club could be prepared to sell him as early as January.

Juventus have recently joined the pursuit of the 21-year-old, but City are deemed favourites to land his services with Spurs also closely following the Serbian.

La Viola are looking for around €90m for their prized asset, but the fee is reportedly negotiable, having valued him at a lower price during the last transfer window.

City were widely fancied to sign Harry Kane from Spurs this summer, but a deal did not materialise with the north London club refusing to lower their €188m (£160m) valuation.

The Premier League champions were reluctant to pay more than £100m which ended their pursuit.

It is unclear whether they will return for Kane in January. Vlahovic could be a more enticing option for them as he is seven years younger and has yet to enter the prime of his career.

The Serbian has proved himself in the Italian top-flight with 25 league goals since last season. He seems to have made his mind up to pursue a bigger challenge away from Fiorentina.

Spurs have also been credited with an interest, but a deal appears unlikely. Compared to City, they have an undisputed striker up front in Kane, and any move may depend on his exit.

There could be a possibility where Kane heads to City in January, paving the way for Vlahovic to join them.

Juventus are also in the mix, but they are only considered as the third favourites. It is not surprising as they have recently signed multiple players on loan with compulsory buy clauses.

They could be a realistic destination for Vlahovic if he wants to continue in Serie A. The Bianconeri have an excellent working relationship with La Viola, having previously signed Federico Chiesa.

The Italy international is in the second year of his two-season loan deal. The Bianconeri have an obligation to buy next summer.