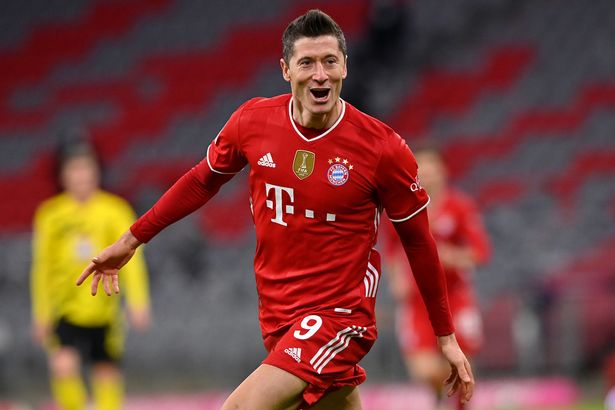 Normally it would not make sense for a club to fork out big money to sign a 32-years-old.

However, exceptions can be made if it is a player in the mould of Lionel Messi, Cristiano Ronaldo or Robert Lewandowski.

Manchester City are looking for a new striker this summer to fill the void that has been created by the departure of club legend Sergio Aguero. After leaving the Cityzens, the Argentine has joined Barcelona.

City have been linked with Harry Kane but with that seemingly not going ahead, they should make a move for Lewandowski who the Daily Mail report that they are interested in.

As a player, Lewandowski has been playing in Germany since 2010. Since then, he has gone on to win virtually everything that there is to win in German football with Borussia Dortmund and Bayern Munich.

It is a good time for the Polish football legend to test himself in England with City.

City have won everything that there is to win in England since their revolution in 2008 but the one trophy that continues to elude them is the Champions League title.

They reached the final of Europe’s Premier Club competition last season before falling to Chelsea in the final. They will be looking to win the competition next season.

Lewandowski can certainly help them to do that. In addition to his classy ability to find the back of the net, he will also bring in a winning mentality to the club. Lewandowski knows what it takes to win the Champions League, having done so himself with Bayern Munich in 2020.