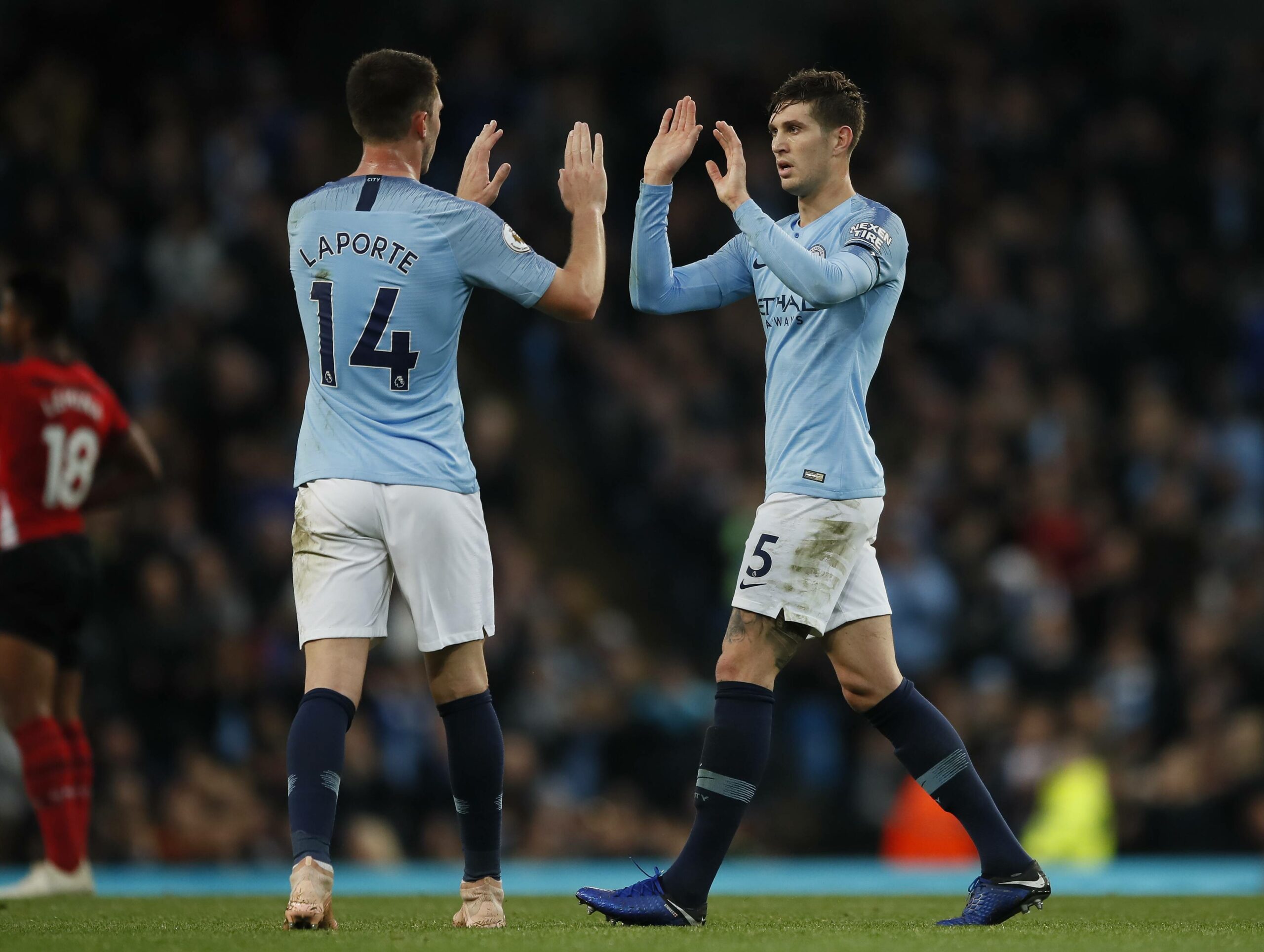 Manchester City have been hit with an injury blow as two first-team players are set for a short spell on the sidelines.

The Cityzens have not made an ideal start to the season. They currently have ten points from their opening five league fixtures, leaving them in fifth place.

They kicked off with a disappointing 1-0 defeat against Tottenham Hotspur but appeared to bounce back with consecutive wins against Norwich City, Arsenal, Leicester City and RB Leipzig.

However, a goalless draw at home to Southampton put a halt to their momentum.

Their next three fixtures could be crucial in their season. They have league visits to Liverpool and Chelsea, as well as a Champions League clash with Paris Saint-Germain.

The last thing they needed was to lose two first-team players to injury. According to the Telegraph, John Stones and Aymeric Laporte will be out for two weeks, ruling them out of all three games.

Stones is yet to make an appearance at club level this season. He returned to club duty late due to his participation in the European Championships with England and has since suffered minor knocks.

However, he has featured in two World Cup qualifiers and was on the bench for the victory over Arsenal.

As for Laporte, he has started three games for City this term, keeping clean sheets in all three and scoring against Norwich.

He will be hoping to reclaim his place in the starting XI this campaign, having spent most of last year on the bench.

The news leaves manager Pep Guardiola short on options at centre-back. Ruben Dias remains the club’s first choice, while Nathan Ake is the only other senior central defender available.

The former Chelsea man appeared to be a forgotten man at the Etihad Stadium and was linked with transfers away over the summer.

However, he has worked his way back into the frame, making three appearances and scoring against Leipzig.

Any more absences could lead to opportunities for the club’s youngsters.

During the Carabao Cup thrashing of Wycombe Wanderers, Guardiola opted to play teenagers Luke Mbete and Finley Burns in the heart of the defence.