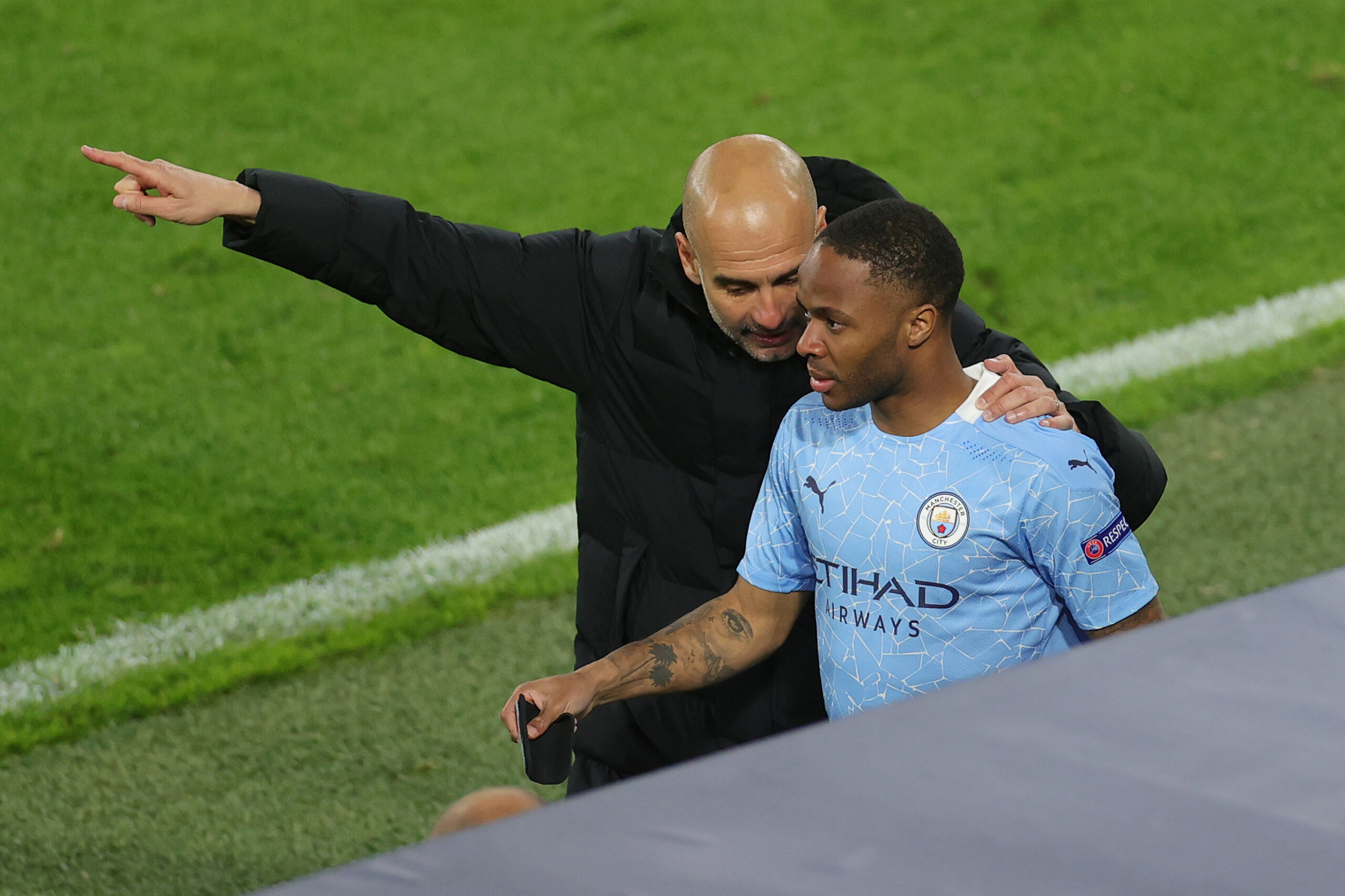 Pep Guardiola has responded to Raheem Sterling’s wantaway comments as the winger’s future at Manchester City hangs in the balance.

The 26-year-old, who has 18 months remaining on his current contract at the Etihad Stadium, has recently admitted he is open to leaving the Cityzens after six years.

Sterling has been one of Guardiola’s most trusted allies across City’s three Premier League triumphs over the past four years.

However, the England international slipped down the pecking order down the final stretch of last season and has yet to regain his starting berth this term.

Frustrated with a lack of top-flight action, the former Liverpool forward may leave Man City for regular first-team football elsewhere.

Although Guardiola outlined Sterling’s importance to the team, he left the winger’s future open to interpretation, insisting he must be patient and wait for his chance.

“I didn’t know it, and I think the club neither,” the Spaniard responded to Sterling’s recent statement, as relayed by the Guardian.

“Raheem is our player, hopefully, he will [continue to] be an incredibly important player for us.

“Some players complain because they want to play all the time. I cannot assure them – I spoke to them many times about that – I cannot assure how many minutes each one plays.

“Always they have to speak on the pitch. Not Raheem, all of them. They know they are going to play minutes. I’m not a guy that plays only 11 players; all of them are involved.

“What I want from Raheem and everyone is they have to be satisfied to be here and delighted to be in this club.

“If that’s not the case, they are free to take the best decision for the player and his family. Not just Raheem, all of them want to play every game, but I cannot assure them.

“They have to improve every training session and be there on the pitch and try to be happy there.

“Raheem played the final of the Champions League. He’s such an important player for us – many players are so important.

He has been relegated to playing second fiddle to Gabriel Jesus, Bernardo Silva and Ferran Torres, with the latter two enjoying a renaissance this term.

There is no doubt the forward is keen to make England’s squad for next year’s World Cup finals, meaning he could try to force his way out of the Etihad unless Guardiola hands him a regular starting berth back soon.

And while he has struggled for game time under the Spanish manager, Sterling has gone from strength to strength for the Three Lions under Gareth Southgate.

The quicksilver forward has developed into an indispensable starter at the national team on the back of his blistering showings at the European Championships.

But a lack of playing time at the club level could affect Sterling’s national team prospects, which could accelerate his departure amid Newcastle United’s interest.