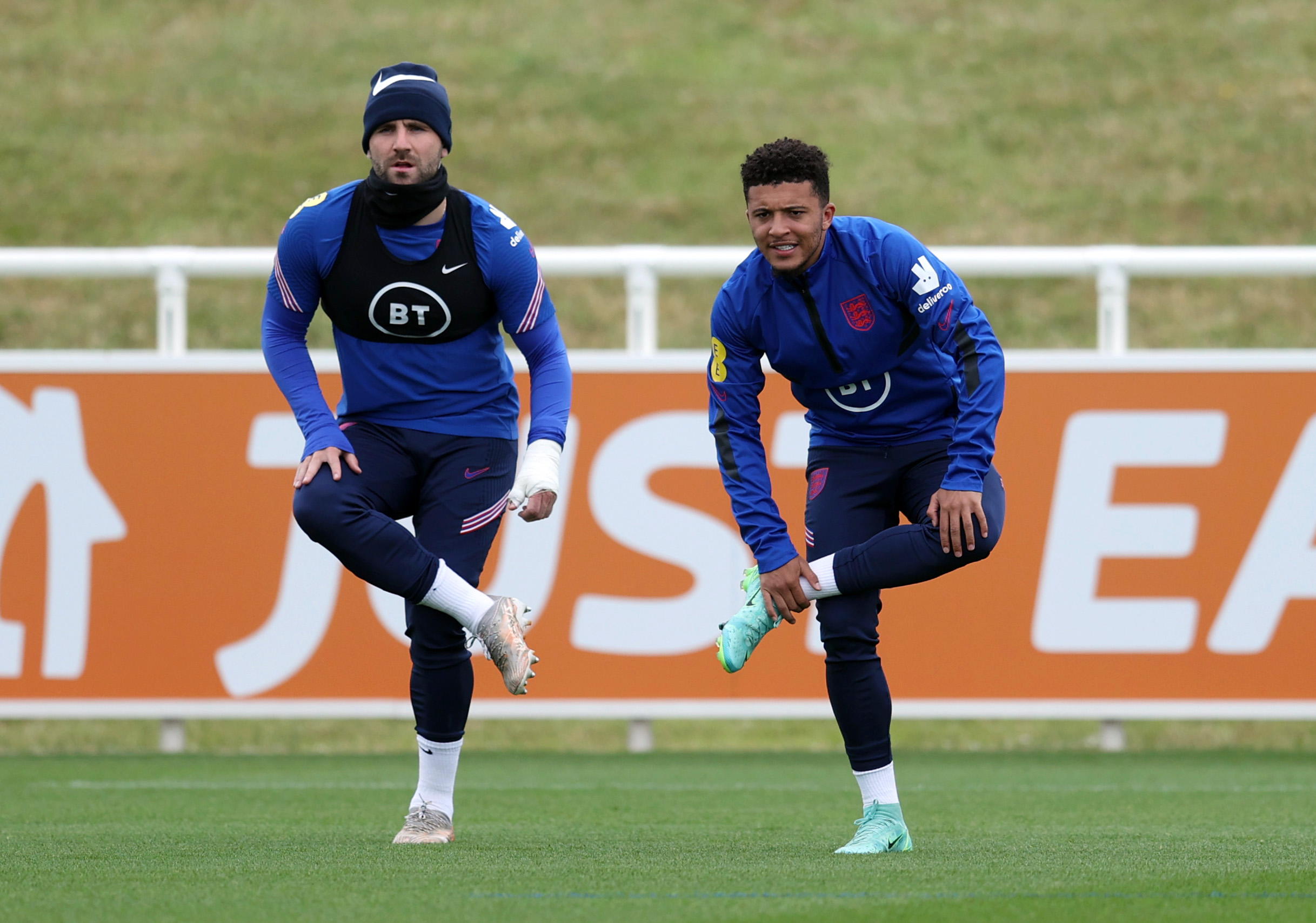 The 21-year-old winger has yet to settle in the Premier League since his £73 million arrival from Borussia Dortmund in the summer, firing blanks in all six appearances in England’s top-flight this season.

However, Shaw, who has witnessed Sancho’s brilliance with England, is adamant his new United teammate will thrive at Old Trafford.

“Sometimes, for people, it takes time,” the left-back told talkSPORT.

“I wouldn’t say struggle because I don’t think he’s struggling at the moment. He’s working extremely hard behind closed doors.

“He’s training really well and looking really sharp. He just hasn’t had that bit of luck that sometimes you need for your first goal or first assist. But I’ve got no doubt in my mind, it’s coming.

“The talent he has is unbelievable – he can go right to the very top. It’s just about him staying focussed, keep doing what he’s doing in training and working hard.

“His time will come.”

While enjoying a rise to stardom in the Bundesliga, Sancho earned a reputation as one of Europe’s hottest prospects during his eye-catching stint at Signal Iduna Park.

Alongside his former teammate Erling Braut Haaland, the ex-Manchester City academy player was one of the most sought-after forwards in the summer transfer window.

The England international netted 50 goals and delivered 64 assists in 137 competitive outings for Dortmund before returning to his homeland in the summer.

But the change of pace in the Premier League has clipped Sancho’s wings, with Gareth Southgate recently admitting the winger was ‘lucky’ to reach the England squad for this international break.

Despite the Englishman’s torrid start at United, his potential and qualities have never been the subject of discussion, although his ability to perform under pressure has raised some doubts.

Sancho should have an opportunity to regain some confidence when England take on Iberian minnows Andorra in a World Cup qualifier on Saturday.