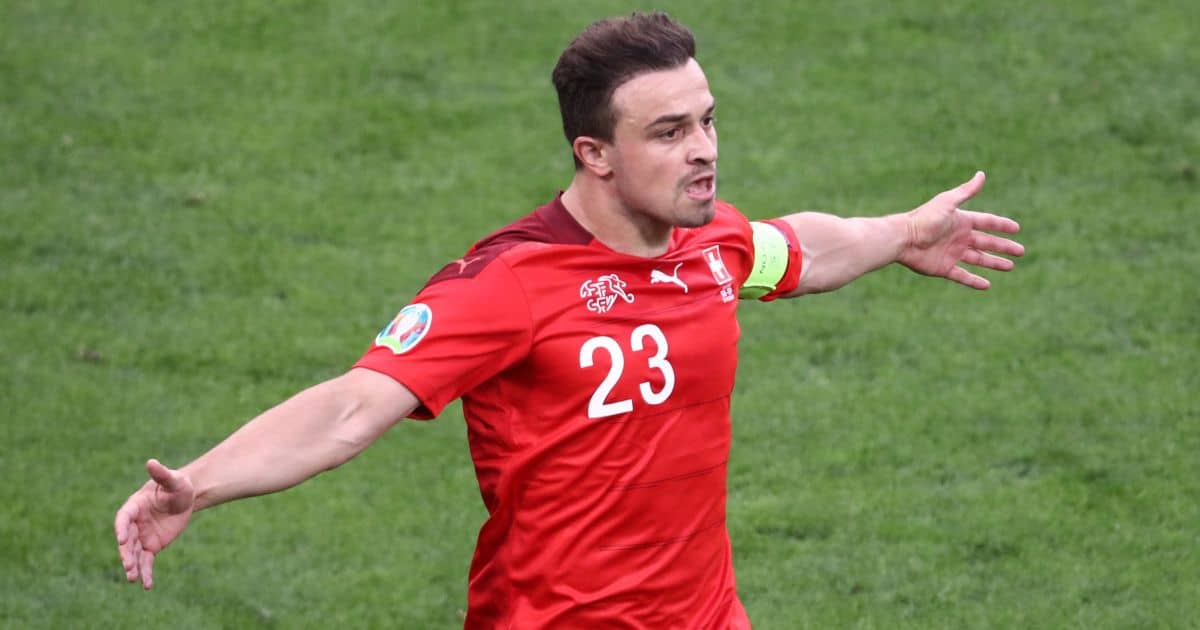 Liverpool have reached a £9.5 million deal to sell Xherdan Shaqiri to Lyon, according to reliable journalist Ian Doyle.

The 29-year-old earned a surprise move to the Reds in 2018 following his former club Stoke City’s relegation from the top-flight.

The Swiss international has been a bit-part player at Anfield since he arrived at the club nearly three years ago.

While he has chipped in with seven goals, he has failed to provide competition to Mohamed Salah, Sadio Mane and Roberto Firmino.

Shaqiri drew plenty of attention after impressing at the European Championships by helping Switzerland reach the quarter-finals.

He played a key role in helping his nation secure a shock victory over France in the last 16 of the competition.

By moving to France, Shaqiri will get the opportunity to play more regular first-team football.

He will also help the French team fill the void created by the departure of Memphis Depay to Barcelona this summer.

Liverpool are well prepared for life after Shaqiri with the promotion of Harvey Elliott to the first team.

The 18-year-old spent last season on loan with Blackburn Rovers and made tremendous progress as he made 41 Championship appearances.

The youngster impressed with a polished performance against the Clarets.