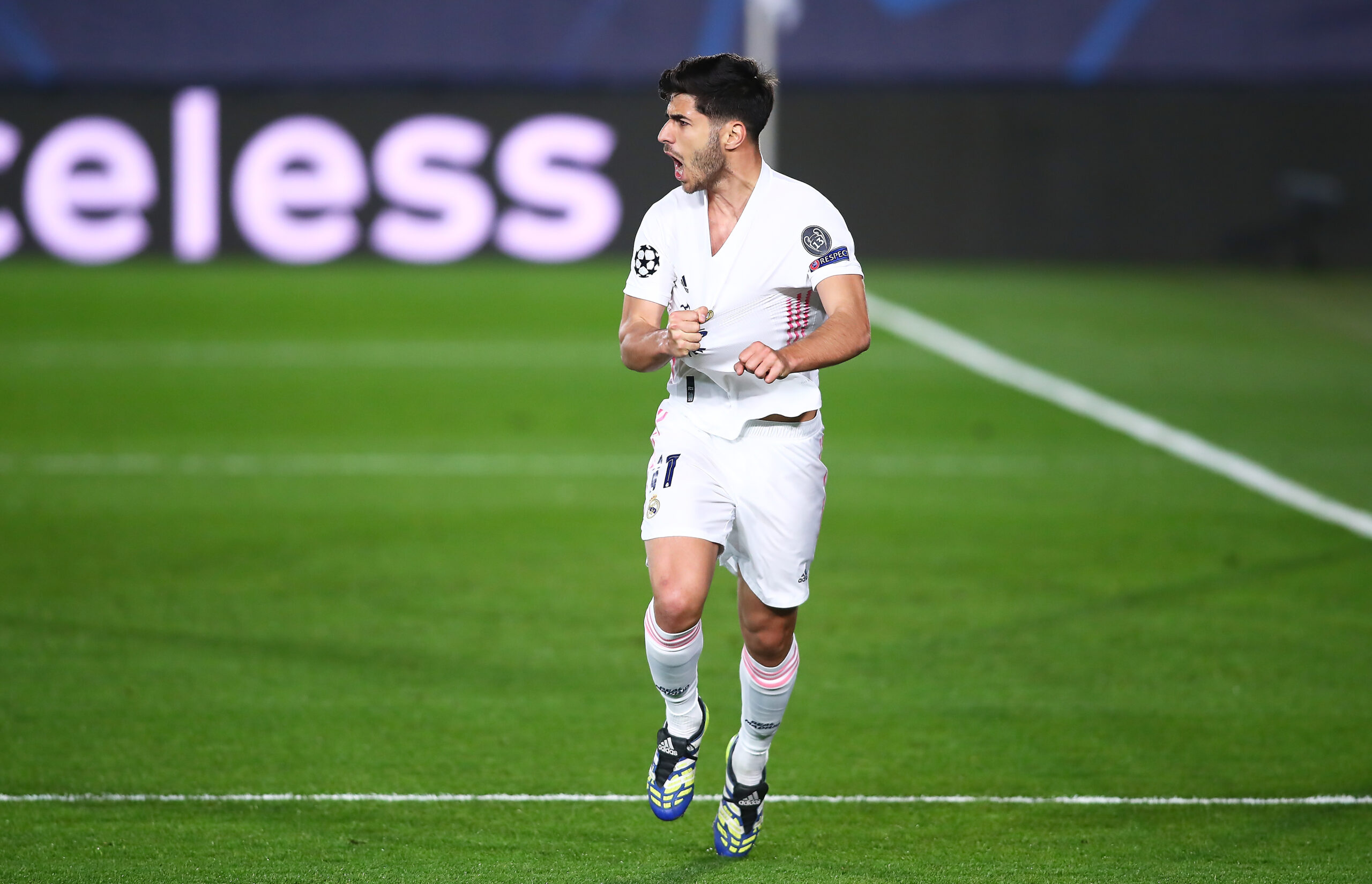 Liverpool have reignited their interest in Real Madrid star winger Marco Asensio, who has tumbled down the pecking order at the Santiago Bernabeu.

According to Spanish outlet ABC, the 25-year-old is contemplating his future in the Spanish capital after being deemed surplus to requirements by Carlo Ancelotti.

Asensio endured a topsy-turvy 2020/21 campaign under Zinedine Zidane, racking up just seven goals and a pair of assists in 48 appearances in all competitions.

Ancelotti’s return to the helm has reportedly narrowed down the Spaniard’s first-team prospects, as witnessed by the forward’s Champions League exploits.

Despite bagging a hat-trick in Madrid’s 6-1 La Liga thrashing of Real Mallorca, Asensio was an unused substitute in Los Blancos’ embarrassing 2-1 home defeat to Sheriff Tiraspol only a few days later.

Ancelotti subsequently handed his out-of-favour winger just a single minute of action during Madrid’s 1-0 victory at Inter Milan in their Champions League curtain-raiser.

The attacker’s recent omission shows he may face an uphill task to force his way back into the Italian manager’s long-term plans.

With less than two years left to run on his current contract in Madrid, Asensio reportedly considers parting with Los Merengues for regular first-team football elsewhere.

The news of the ex-Mallorca man’s uncertain La Liga future has placed Liverpool on red alert despite their attacking department running riot this season.

Jurgen Klopp is a big admirer of Asensio and could test the waters on the back of the Spaniard’s struggle under Ancelotti.

Approaching the latter stages of his contract in Madrid, the left-footed star could be available in a cut-price deal next summer.

Unless Los Blancos extend Asensio’s deal by the end of the season, they may be forced to give up his services on unfavourable terms or accept the risk of losing him on a free transfer the following year.

Asensio could even leave Madrid in the January transfer window if his game time under Ancelotti remains at a premium by then.