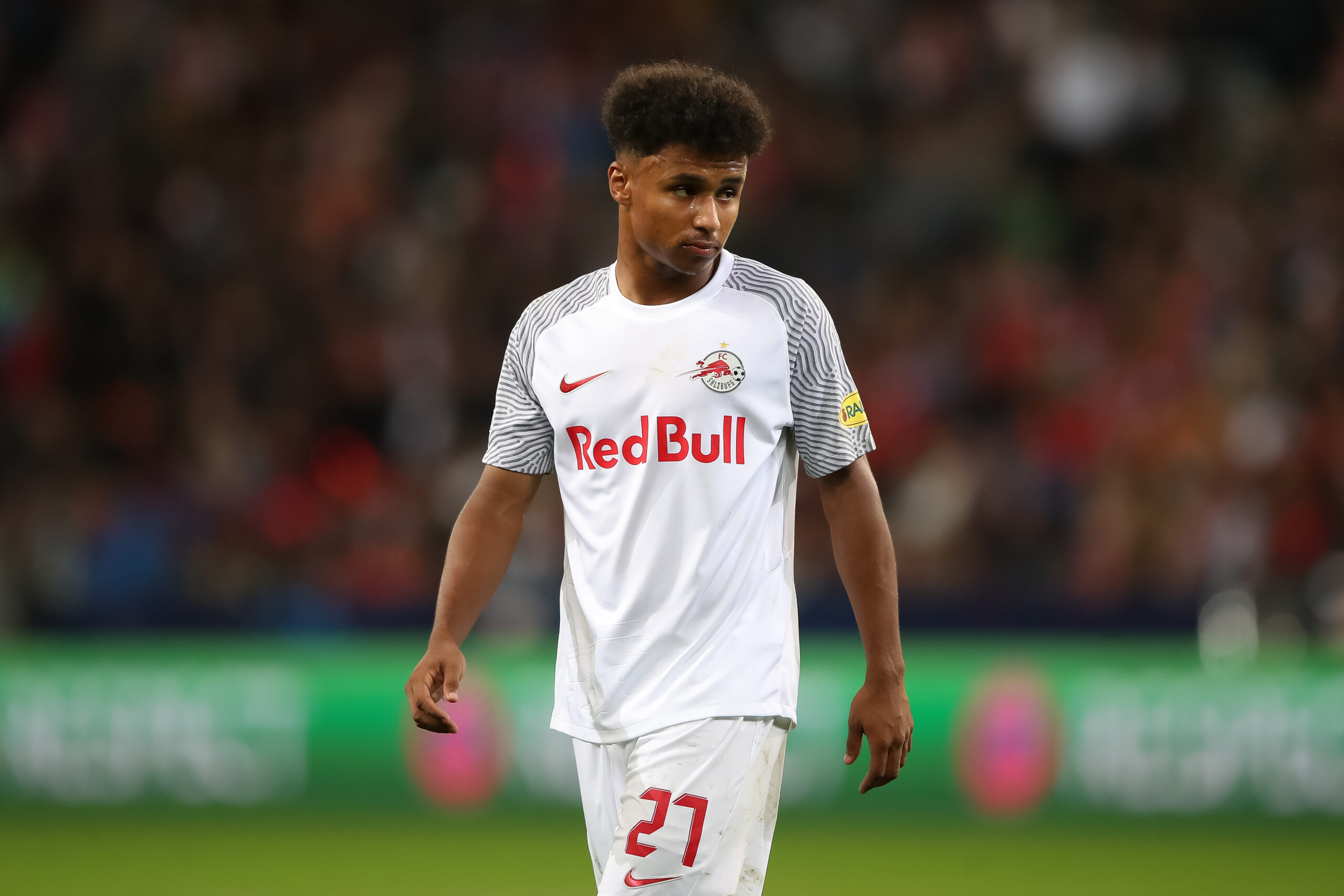 The 19-year-old has had a fine start to the current campaign at Salzburg, registering 11 goals and two assists from just 16 matches across all competitions.

His form has caught the eye of Bundesliga’s top clubs in Bayern, Borussia Dortmund and RB Leipzig, while Liverpool are also keeping tabs on his progress.

Salzburg are willing to cash in on Adeyemi for €30-40 million next summer. The youngster reportedly would prefer to head to the Bundesliga.

Liverpool currently have three strikers in Roberto Firmino, Diogo Jota and Divock Origi in their ranks, but the latter has been out-of-favour and could leave soon.

Firmino and Jota have chipped in with valuable goals, but the former has netted just 11 goals across all competitions since the start of last season.

Jota has bagged 16 goals in the same period despite missing part of the previous campaign with a knee injury.

The Reds are not looking to offload either player. Adeyemi could be considered a long-term prospect who can eventually lead the line for the Merseyside outfit.

Adeyemi is reportedly ‘a fan of English football‘, but the Reds may face a tough task of luring him ahead of Dortmund and Leipzig, who may assure him a starting role.

Dortmund are braced for the departure of Erling Braut Haaland at the end of the season when a release clause in his contract between €75-€100m becomes active.

Adeyemi could be a possible replacement. However, similar to Dortmund, Leipzig have the reputation of handing regular game time to up and coming prospects.

A move to Bayern could see Adeyemi struggle for minutes, but the 19-year-old has previously said that he would take up the chance of re-signing for his former club.