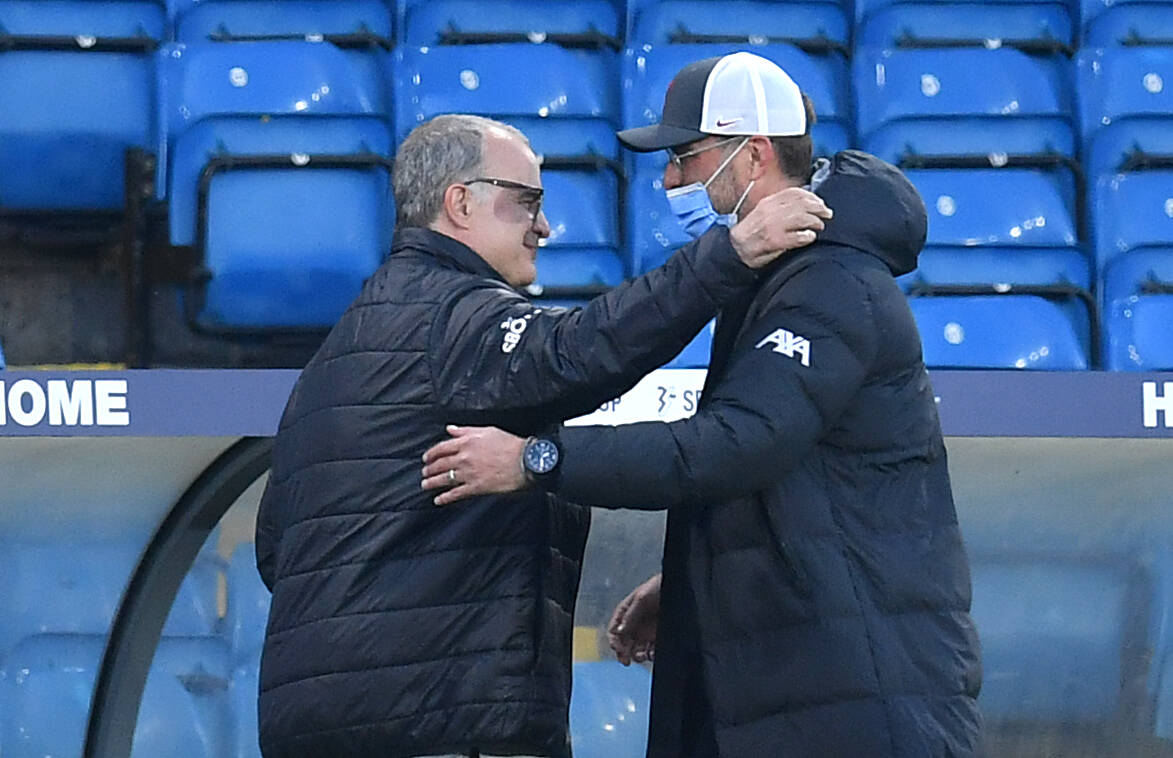 While the Whites opened the new top-flight campaign with a whimper, the Merseyside heavyweights have maintained their impressive league form from the final stretch of last season.

Despite Leeds’ lacklustre displays in the early stage of the campaign, action-packed football remains well on the cards.

Marcelo Bielsa hoped to build upon Leeds’ respectable ninth-place finish in 2020/21, but his side’s disappointing start to the Premier League season doused his optimism.

A brace of scoring draws with Everton and Burnley followed the Whites’ 5-1 thrashing at the hands of Manchester United on the opening weekend.

The last time the Yorkshire outfit failed to win any of their opening four top-flight fixtures was in 1958/59, and Bielsa’s men will be desperate not to match that feat this weekend.

Leeds can fall back on a solid home form spanning back to the tail-end of last season, as they take the field unbeaten in seven straight home league fixtures (W3, D4), netting 2+ goals in the last three.

It will be up to Patrick Bamford to maintain his side’s free-scoring form at Elland Road.

The 28-year-old striker has played his part in five goals across his last seven Premier League outings, scoring four and assisting one.

Bamford, who is just two goals away from smashing a 100-goal barrier in English league football, found the net in his side’s 4-3 defeat at Anfield last season.

Despite Reece James’ first-half red card at Anfield, Liverpool could only manage a 1-1 draw with Chelsea last time out, halting a two-game winning start to the season.

The Reds have clocked up an eight-game undefeated away run (W7, D1) since suffering a 3-1 reverse to Leicester City, winning the last four in a row by an aggregate score of 12-3.

Delivering action from the get-go, the visitors have found the net before half-time in each of their last five Premier League road trips, 2020/21 included.

Liverpool’s trip to Elland Road will be an opportunity for star forward Mohamed Salah to become the fifth-fastest player to score 100 goals in the Premier League.

The Egyptian has tallied 99 goals in 161 appearances in England’s top-flight, scoring twice in three league starts this term.

Salah will turn to the resurgent Trent Alexander-Arnold to feed him in the front third, with the English right-back creating a league-high 15 scoring opportunities this season.

Despite breaking the deadlock within 31 minutes in both last season’s Premier League match-ups, Liverpool went on to pick up just one win, drawing the other one at Elland Road in April.

However, the Reds are now unbeaten in their last eight top-flight meetings with Leeds (W5, D3) since losing both league clashes in 2000/01 and have lost just one of their previous nine Premier League games at Elland Road (W5, D3).

Liverpool have failed to find the net only once across their previous 22 games against Leeds in all competitions, scoring at least once in the last 15 on the trot since a scoreless away draw in April 1999.