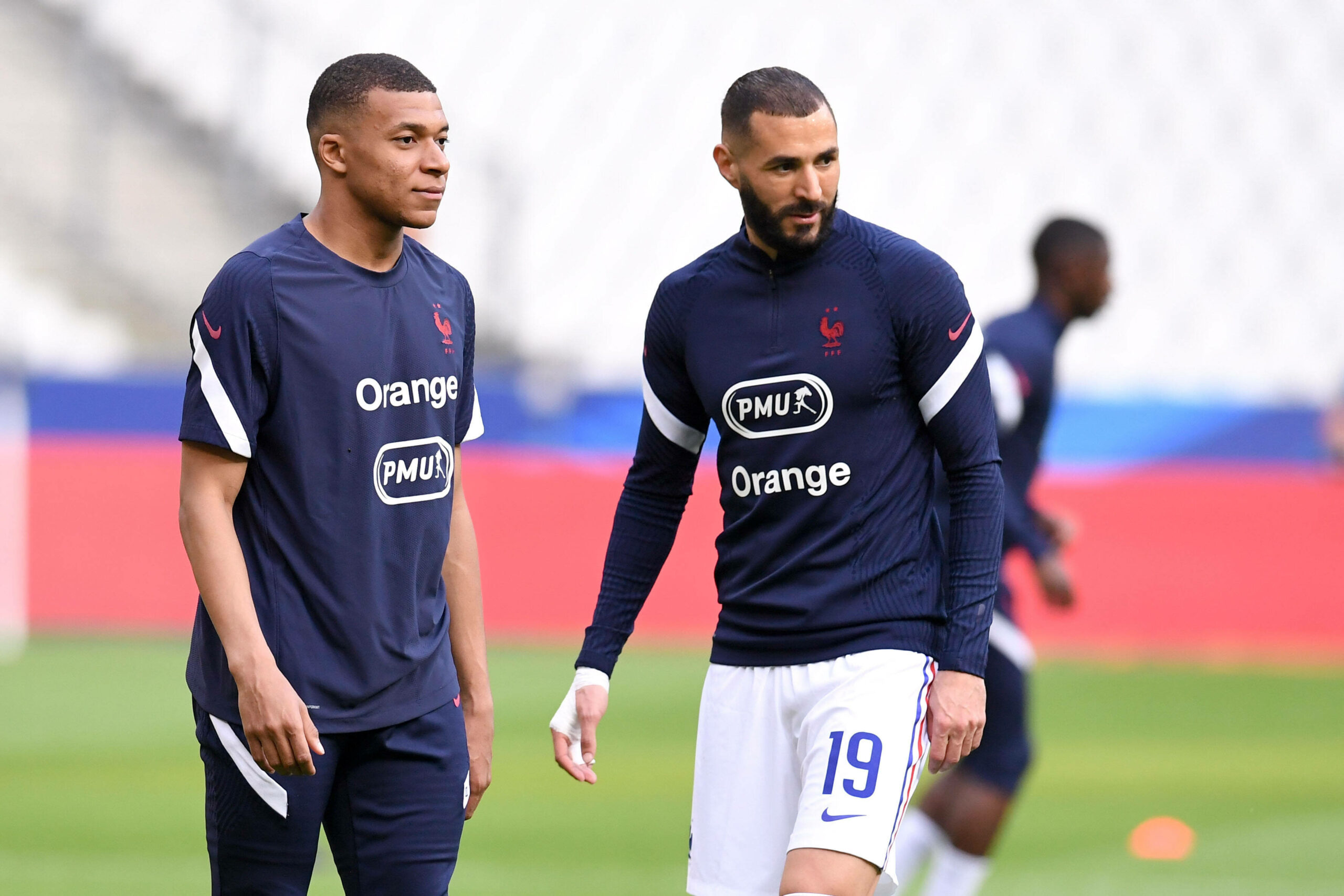 Real Madrid star Karim Benzema has claimed that Kylian Mbappe will play for Real Madrid at some point in the future.

Mbappe was at the centre of a fascinating transfer saga towards the end of August.

Despite the arrivals of Lionel Messi and Sergio Ramos, the Frenchman seemed intent on leaving Paris Saint-Germain in favour of Los Blancos.

The La Liga giants worked tirelessly to complete a deal before the close of the transfer window, reportedly offering up to €180 million for the young forward.

However, no agreement was reached, and he stayed at Les Parc des Princes.

However, this hasn’t deterred Carlo Ancelotti’s side, who are expected to be back in for the 22-year-old soon.

Compatriot Karim Benzema has even gone as far as saying that the move is inevitable.

Speaking after France’s 1-1 draw against Bosnia-Herzegovina in World Cup qualifying, Benzema said (via International Business Times): “He (Mbappe) is a player who one day or another will play for Real Madrid.

“We get on very well, and I would like him to already be with me in Madrid.”

In ordinary circumstances, Mbappe would probably command a world-record fee.

However, he has just under a year left on his contract at PSG, and it is looking doubtful that he will renew his deal.

This leaves him potentially available for a cut-price fee in January or a free transfer in the summer.

This seemingly hasn’t been a distraction for the forward on the pitch, who has continued to produce the goods.

He has scored three goals in his last two outings, including a brace in a 2-0 win away at Reims. This has helped his side maintain their 100% start to the Ligue 1 season.

As for Real Madrid, they also remain unbeaten so far. They have accumulated seven points from their opening three league games, defeating Alaves and Real Betis while playing out a thrilling 3-3 draw against Levante.

Tottenham must pull out all the stops to sign Franck Kessie
Manchester United, Real Madrid and Barcelona chasing Youri Tielemans