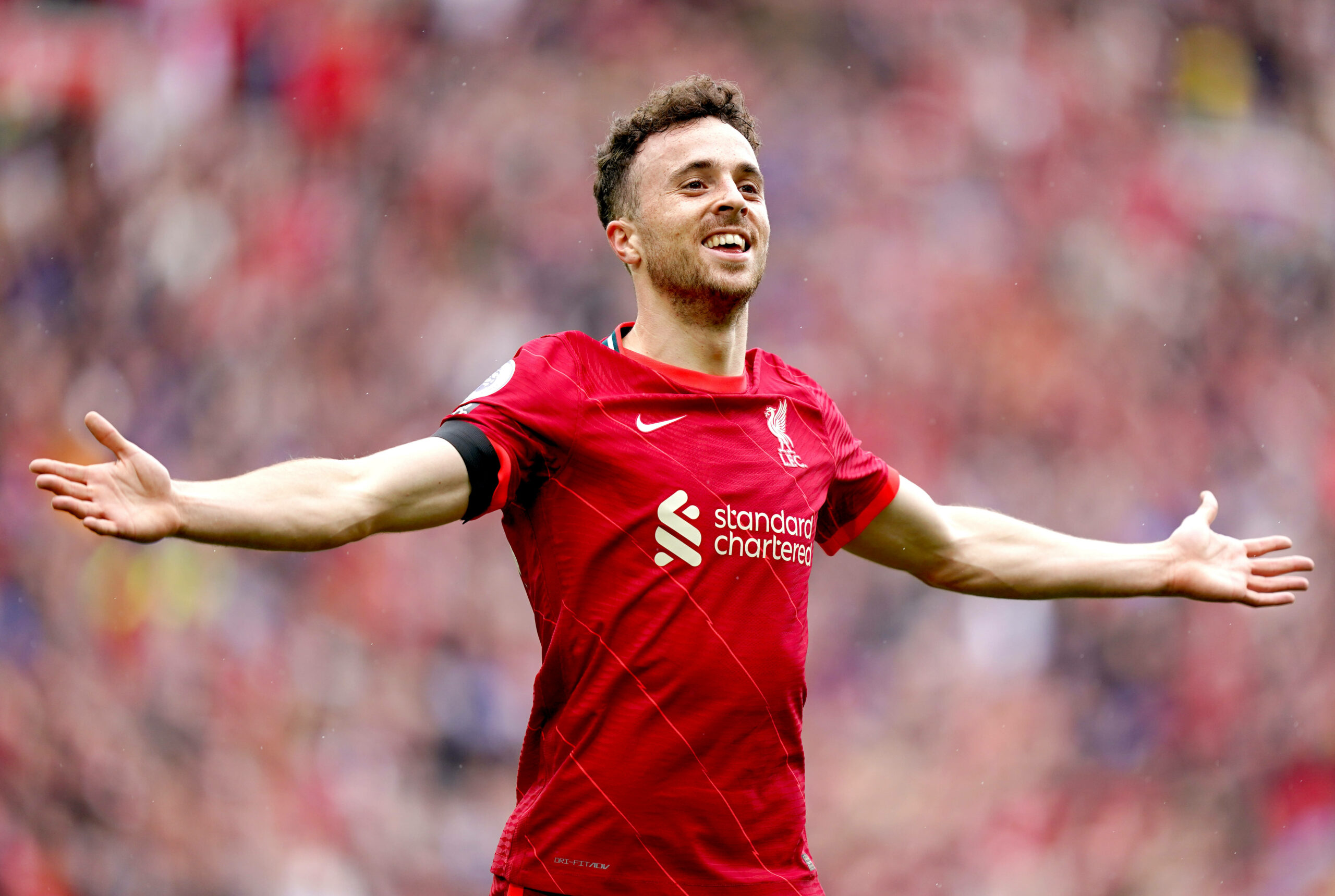 Liverpool manager Jurgen Klopp was full of praise for Diogo Jota ahead of the club’s Champions League group stage clash at Porto tonight.

Jota joined the Reds from Wolverhampton Wanderers in a surprise £41 million deal 12 months ago. There were question marks whether he could improve the team.

The Portuguese has answered his critics in flying colours, bagging 16 goals from 37 games across all competitions.

He struggled with injuries during his debut campaign, but that has not hampered his progress. The 24-year-old already has three goals from six Premier League games this term.

Ahead of the Porto clash, Klopp was ‘really happy’ with the club’s decision to sign Jota and hailed him as an ‘exceptional player’, who has scored important goals.

He told Liverpoolfc.com: “Exceptional player, really happy we signed him. Honestly, he’s a really strong personality – you cannot know about that before you meet the person.”

“He’s really, even for his young age, a very mature man, so that makes it really enjoyable to work with him. We spoke about it from time to time – it’s not easy to improve us.”

“But Diogo did definitely. Scored important goals, is actually a player made for our style – pretty intense, technically good, really fast, good in the air, both feet really good.”

Jota has impressed leading the line in the injury absence of Roberto Firmino, and he has certainly made the case to start up front even when the Brazilian is available for selection.

Firmino has been a superb acquisition for the Reds. His ability to drop deep and link up with Sadio Mane and Mohamed Salah makes him an ideal fit for Klopp’s style of play.

However, the goals have dried up for the 29-year-old. He has outscored by Jota since the previous campaign (10 goals) despite playing 15 games more than the Portugal international.

Firmino is available following a hamstring injury. Given his impressive playmaking abilities, Klopp could be tempted to play him as a number 10 at the Estadio do Dragao tonight.