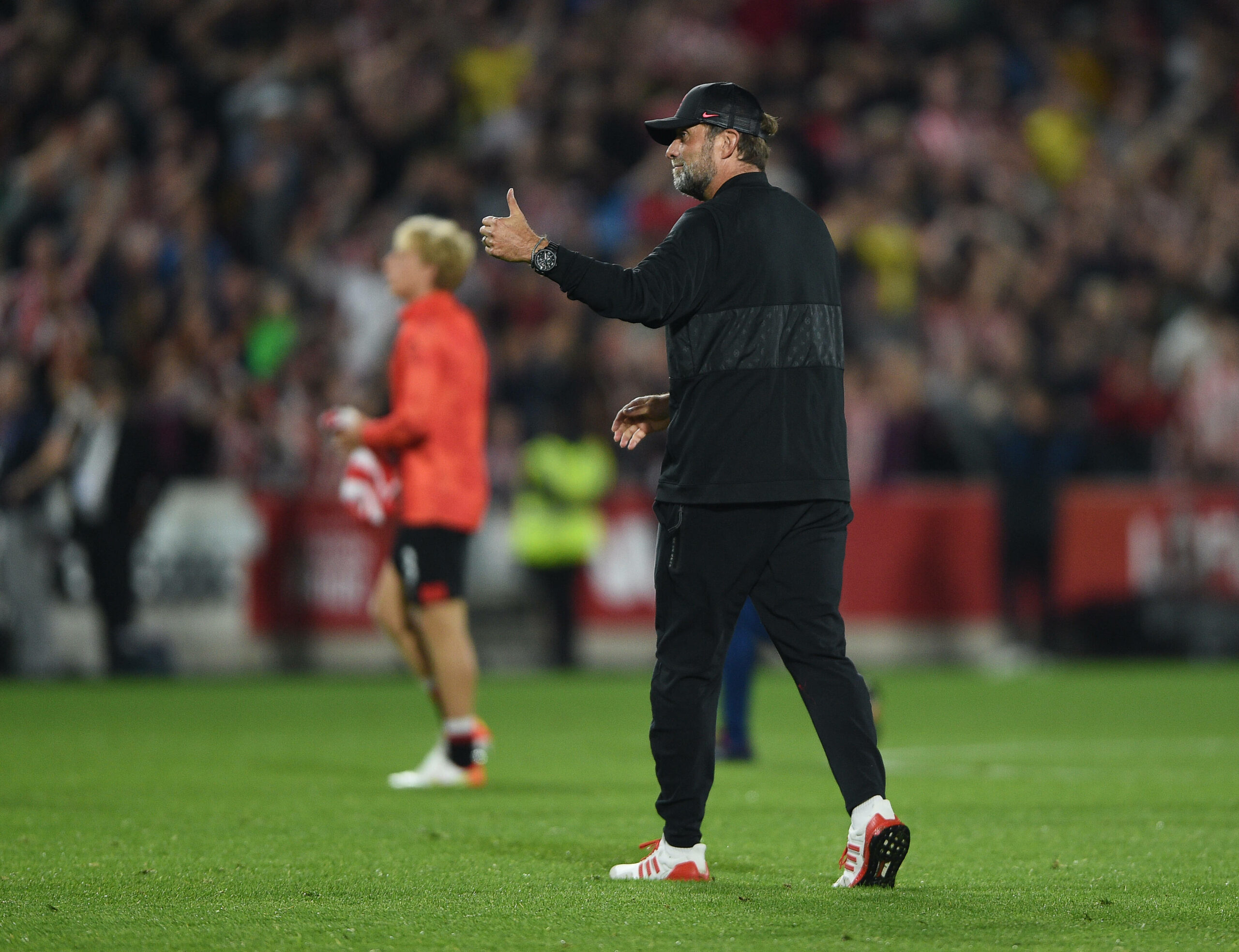 The German manager saw his side put Porto to the sword in their Champions League fixture on Tuesday, claiming an overwhelming 5-1 victory at the Estadio do Dragao.

Ruthless in the front third, Liverpool have scored at least three goals in each of their last six outings in all competitions, averaging 3.33 goals per match.

However, Klopp thinks the Reds may need to improve their overall performance against Pep Guardiola’s team when they lock horns at Anfield on Sunday.

Although he was happy with Liverpool’s 20-goal tally in September, the ex-Borussia Dortmund manager slammed the Merseysiders’ defensive frailties.

“Unfortunately, it didn’t feel like that but thank you for telling me – we conceded as well, some or a few,” he told the Independent.

“We play against Man City- I don’t think now it makes too much sense to think too much about how many goals we can score against them.

“We need a complex and complete performance against them to have a chance only and that’s it.

“We have to work hard – we had to work hard in all the games we had. But now we have two days more (than the three they had between Brentford and Porto) to the City game, which will be helpful, and then we will be fresh again and then give it a go.”

Liverpool squandered a golden opportunity to build a healthy lead at the top last weekend, as they played out a 3-3 draw with Brentford in London.

But the Reds head into proceedings as the only side yet to taste defeat in the Premier League this season, winning four of their six league matches while drawing the other two.

Barring a 1-1 draw with a 10-man Chelsea side in late August, Klopp’s men have won their other two top-flight games at Anfield by an aggregate score of 5-0.

Liverpool’s impressive displays on home turf should boost their bid to inflict revenge on City for last season’s 4-1 thumping defeat at this venue.

An eye-catching showing in February earned City their first Premier League victory at Anfield since 2003, while they last won back-to-back league matches in Liverpool in 1953.

Despite falling to a 2-0 loss to Paris Saint-Germain in the Champions League on Tuesday, Guardiola’s side can draw confidence from their 1-0 win over Chelsea at Stamford Bridge last weekend.