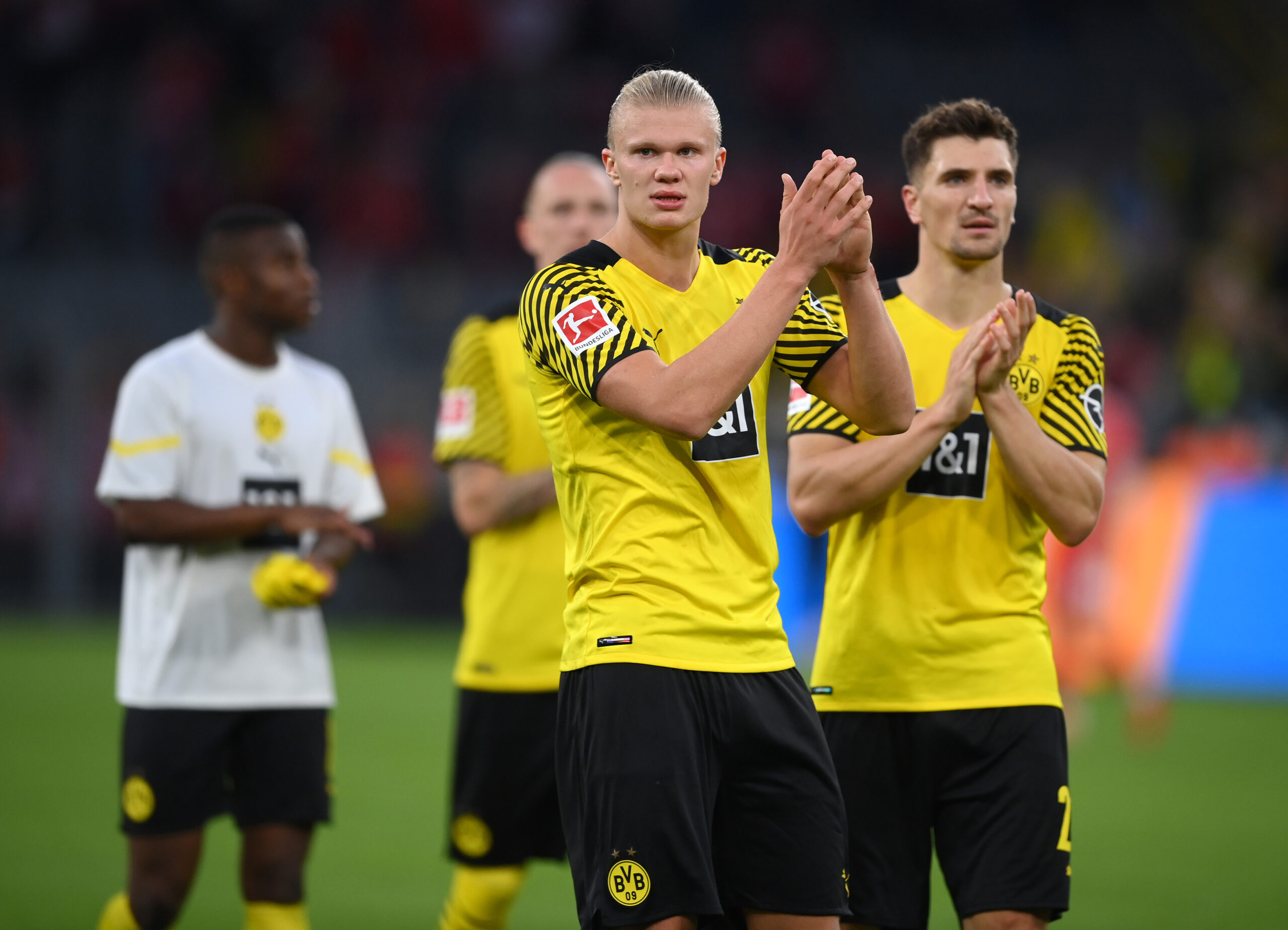 Haaland has been a revelation for Borussia Dortmund, bagging 68 goals and 19 assists from just 67 appearances across all competitions.

The Norwegian has been fancied to secure a bigger challenge next summer when his release clause between £65-85 million becomes active.

Both Reds and City have been linked with him in recent months. Riise believes Haaland would be the perfect fit for Jurgen Klopp’s style of play.

City are also in the mix to land the 21-year-old marksman, and Riise feels they could become close to unbeatable with Haaland in their squad.

He told Goal.com: “Obviously, I would love to have him at Liverpool because he’s an unbelievable player.”

“But if City got him, wow! You talk about unbeatable teams, then that would be close!”

“I don’t know if Liverpool have the chance to sign him, but if they do then please do because that would be unbelievable for the club – or for any club that signs him!”

Liverpool have enjoyed a superb resurgence under Klopp, but there is room for improvement up front.

Roberto Firmino has impressed with his link-up play with Sadio Mane and Mohamed Salah, but the goals have dried up for him. He has bagged just 11 goals from the beginning of last season.

Diogo Jota has fared better than him during the same period with 16 goals to his name, but the Portuguese is not the best of finishers and has fluffed his lines on more than a few occasions.

Haaland would be an upgrade on the duo. His physical presence up front would bring a different dimension for the Reds with his ability to score goals with individual brilliance.

Liverpool won’t have it easy in the player’s pursuit as City could push for a new striker at the end of the campaign.

They failed to lure Harry Kane from Tottenham Hotspur this summer. This has left them without a recognised striker other than Gabriel Jesus, who has played out wide this term.

Jack Grealish, Phil Foden and Ferran Torres have all had turns to lead the line. City are likely to step up their search for an elite striker next summer and could be in the hunt for Haaland.

They will probably have the advantage as the Reds may be reluctant to shatter their wage structure to sign him.