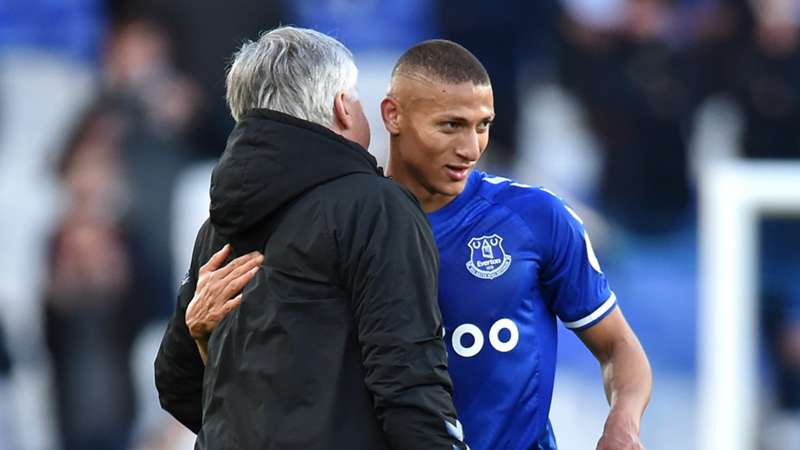 Richarlison has emerged as a potential new signing for Real Madrid ahead of the new season, according to Goal.

New Madrid boss Carlo Ancelotti will be looking to bolster his squad ahead of the new season so that they can challenge for the La Liga title and Champions League.

At 24-years-old, the Brazilian is ready for a big move. He has been playing in the Premier League since 2017 and since then has grown tremendously in stature and confidence.

The forward was initially brought to the English top-flight by Marco Silva who took him to Watford ahead of the 2017/18 season. He quickly established himself at Vicarage Road, getting used to the intensity of the Premier League quickly.

After just one season, he earned a move to Everton after Silva moved to Goodison Park. Richarlison has once again shone at Everton and is a confident player. Richarlison is a valuable player to have for any team.

While not a typical centre-forward, he is able to thrive in the support striker position. He worked well with Everton’s first-choice number nine Dominic Calvert-Lewin while also chipping in with goals of his on at regular intervals.

A Brazil international since 2018, Richarlison has also since established himself as an important player for his country and he will be of high probability to represent his nation in the 2022 World Cup.

Richarlison is a classy player and with Everton not really looking like they will win major silverware soon, the time is right for him to leave Goodison Park.