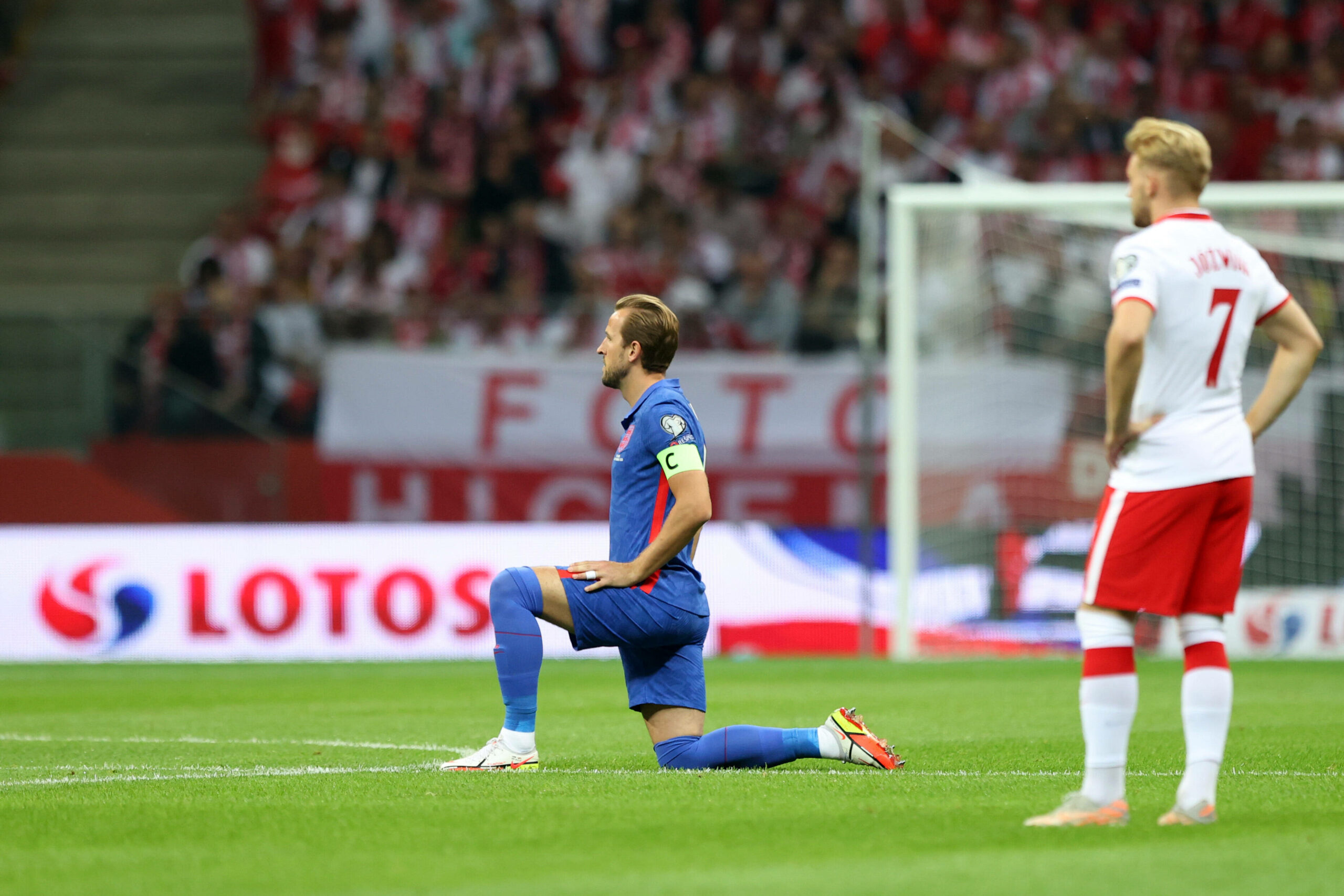 The Tottenham Hotspur captain broke the deadlock at the PGE Narodowy, but Damian Szymanski’s 92nd-minute strike salvaged a draw for the Poles.

England headed into the encounter boasting a 100% record but failed to maintain a perfect qualifying cycle in Warsaw.

However, a draw on Wednesday night kept the Three Lions four points clear of second-placed Albania, and Kane insists they are on course to reach Qatar 2022, regardless of suffering late heartbreak.

He told ITV (via the Independent): “It’s a tough one to take – I thought we handled the game well. It’s not an easy place to come and another tough game. We were seeing the game out well.

“Away from home sometimes the pressure builds, and they put a good cross in and scored a good header, that’s football. It’s still been a great camp for us – we’re still four points clear with four games to go.

“There were a couple of rebounds and second balls, and it fell their way. We will learn from it and watch it back. There have been two tough away games in this camp, we’re still four points clear and we’re still in a great position.”

With four qualifying fixtures left to go, England look set to claim a berth at the World Cup finals for the seventh time in a row.

Gareth Southgate’s men have largely lived up to expectations during this international window.

Before being held to a slightly disappointing stalemate in Warsaw, England swept aside Albania and Hungary by identical 4-0 scorelines.

Kane found the back of the net in all three matches, taking his tally in the ongoing qualifying cycle to five, with just four players bettering his output to date.

The 28-year-old will be looking to translate his free-scoring form when Tottenham take on struggling Crystal Palace at Selhurst Park this weekend.

Spurs are the only club in the Premier League to have won all three games this season and will be eager to follow up against their cross-city rivals on Saturday.