Haaland is the missing piece in the Chelsea puzzle 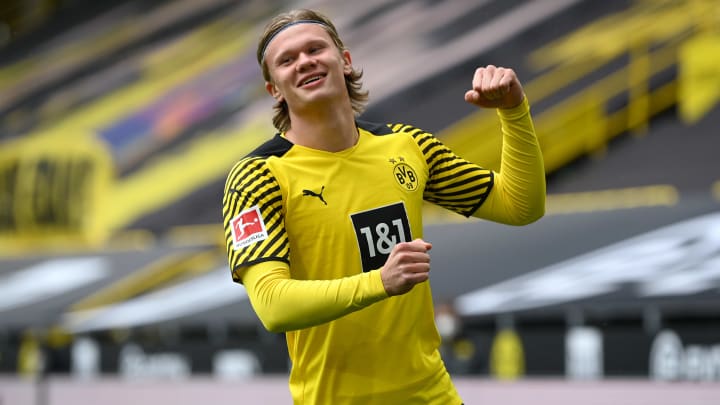 One of the reasons that Chelsea have not won the Premier League title since 2017 is because they have lacked the presence of a clinical striker who can notch between 25-30 goals per season.

The club has lacked a clinical goal poacher since the departures of Didier Drogba and Diego Costa.

Since then, they have tried a number of players in the role including Alvaro Morata, Gonzalo Higuain, Olivier Giroud, Tammy Abraham and Timo Werner.

Morata and Higuain flopped. Giroud has done well but was always expected to be a squad rotation player rather than a prolific scorer and Abraham has shown flashes of brilliance but been unable to maintain a high level of consistency.

Werner arrived at the start of the 2020/21 season amidst heavy expectations but has so far been uninspiring. It does look like the club will give the German a second chance to start scoring regularly next term.

Erling Haaland could be the perfect man to fill the void that was created by the departures of Drogba and Costa.

The Norwegian looks like he is a generational great and is a fast learner. He moved to Borussia Dortmund at the start of last season, having a stellar season as he scored 40 goals from 43 games in all competitions, stats which place him alongside the likes of Cristiano Ronaldo, Lionel Messi and Robert Lewandowski.

Having Haaland at Stamford Bridge could also help in bringing out the best in Werner by providing him with additional competition.

Report: Newcastle defender will be out of action for eight weeks
Olivier Giroud and AC Milan will be a good match