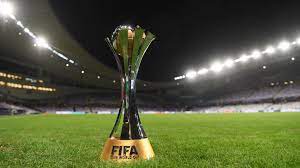 FIFA appear set to postpone the Club World Cup to next year due to the lack of a hosting nation, Associated Press claims.

Japan were expected to host the showpiece event in December, but they pulled out due to coronavirus restrictions that would hamper fan attendance.

South Africa were the next in line for the tournament, but they have also cancelled their bid as they want more of the country to be vaccinated.

On that basis, the Club World Cup could be postponed until January or February. Qatar is an option, but the start of the tournament will be delayed.

FIFA are scheduled to host the Arab Cup competition in the Asian nation as part of the 2022 World Cup preparations.

Bayern Munich won the tournament in February this year. The entire event was held in Doha, Qatar.

With the World Cup in November next year, FIFA could lean towards handing hosting rights to the country once more.

The move may be of particular benefit to the reigning European champions in Chelsea.

The Premier League has a packed festive schedule in December that often leads to rotation of players.

Liverpool found themselves playing in the Club World Cup and Carabao Cup on the same day in 2019.

They were forced to field under 23 players in the cup in their bid to win the continental tournament.

A similar situation could arise with the Blues this winter. They would probably be happy with the postponement.