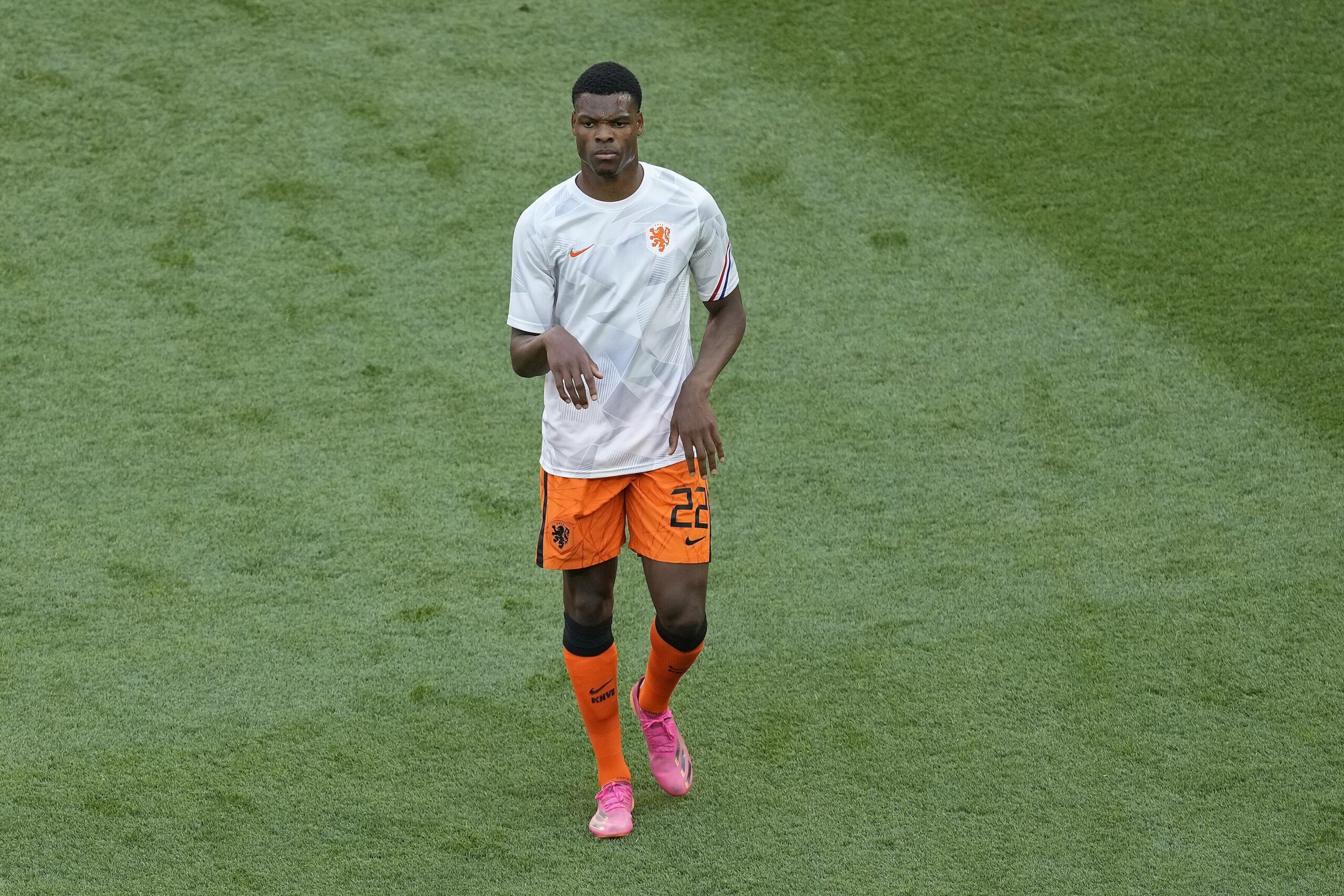 Inter Milan are reportedly looking to reinvest a chunk of the money earned from Romelu Lukaku’s sale to Chelsea to reinforce the squad.

According to Corriere dello Sport (via Inside Futbol), the first name on the Italian’s shortlist is one of Everton’s top targets – Denzel Dumfries of PSV Eindhoven.

Inter will acquire around €115 million from Lukaku’s departure and are tipped to put a large portion of that sum back into the market.

After sanctioning Achraf Hakimi’s big-money switch to Paris Saint-Germain earlier in the summer, the reigning Serie A champions are light in wide positions.

Simone Inzaghi has been on the lookout for a new right wing-back to fill the Moroccan’s shoes, with several players being approached by Inter over the past few weeks.

Although Cagliari’s Nahitan Nandez looked like the chosen one to replace Hakimi at the Giuseppe Meazza, Inzaghi’s appetite has increased in the wake of Lukaku’s departure.

Inter’s interest in Dumfries first emerged during the 25-year-old’s eye-catching European Championship campaign with the Netherlands.

However, the Nerazzurri deemed the player’s price tag excessive and moved on to other alternatives.

Lukaku’s sale has changed the landscape, bringing Inter back into contention for the Dutchman’s services.

Inzaghi is keen on landing Dumfries before the end of the week, and the Italians are now genuine candidates to seal a deal with PSV.

That comes as a massive blow to Everton, who have been on the right-back’s tail all summer.

Unfortunately, the Toffees’ hesitance to meet PSV’s demands could now cost them dearly as Inter prepare to accelerate their pursuit of Dumfries.

Except for Seamus Coleman, Rafa Benitez is short of reliable right-back options and has been hell-bent on adding the Dutchman to his ranks.

But Everton’s hopes of signing Dumfries have been thrown into doubt by the latest turn of events.