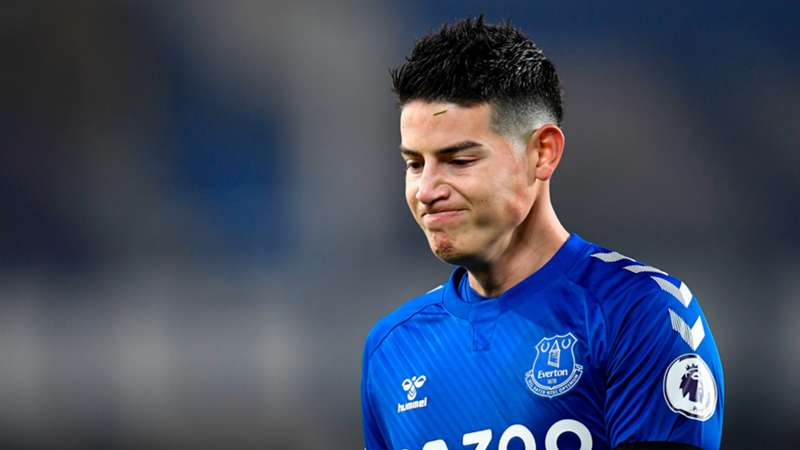 James Rodriguez has admitted that a return to Everton could be “complicated”.

“You know that in football and in life you don’t know anything, but all I know is that I’ve been training hard, preparing well, training for myself and that’s it,” said Rodriguez, as quoted by The Daily Mail.

“It’s complicated. [I will play] wherever I’m wanted. Someone has to be at a place they’re wanted” he added.

The 30-year-old spent last season with the Toffees on loan from Real Madrid and had a season of mixed fortunes.

He had a good start to life in England as Everton also played well in the early parts of last season but started to wither away in the latter part of the season along with the Toffees’ form.

Rodriguez arrived at Goodison Park to work with Carlo Ancelotti, a manager that he previously starred under while he played for Real Madrid and Bayern Munich.

It remains uncertain as to whether the South American will be able to fit in under new Toffees boss Rafa Benitez.

If Everton were smart, they would part ways with Rodriguez. The fact that he is uncertain about whether he will be remaining with the club indicates that he is not exactly totally motivated to be part of the new project under Benitez.

Now over 30, Rodriguez’s best days are probably behind him and he will not improve. While he can still shine at the highest level, injuries hindered his progress last season and given his injury record, there is a good chance that the same thing could happen yet again next season.

This summer also presents Everton with their final chance to get a decent fee for a sale of Rodriguez. His contract with the club expires next summer and he will be able to negotiate a pre-contract agreement with other clubs from next January.