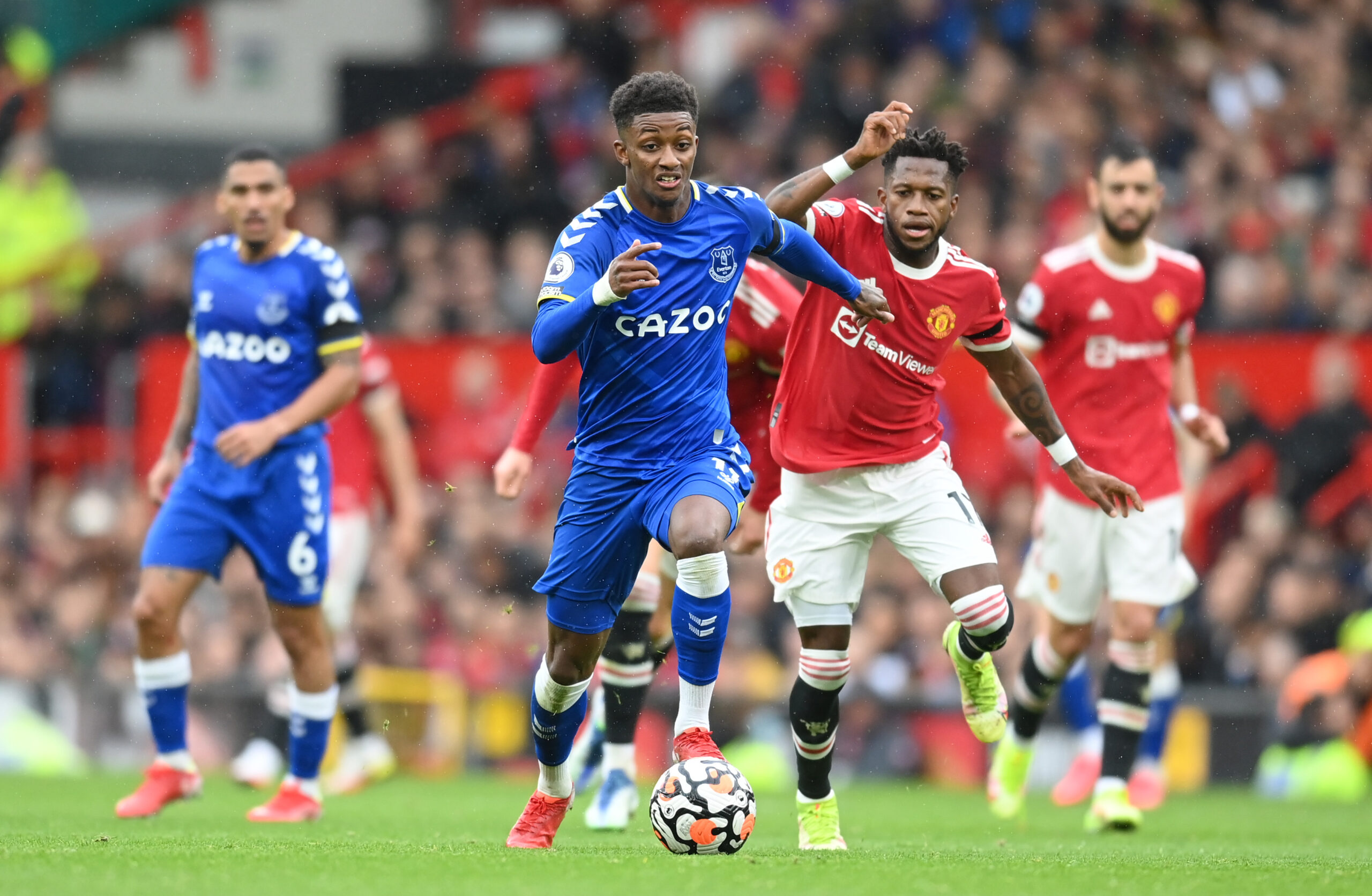 A selection of Everton fans heaped praise on Demarai Gray following his sublime performance against Manchester United in the Premier League.

The Toffees faced the Red Devils at Old Trafford today, and they were underdogs due to injuries to Dominic Calvert-Lewin, Richarlison and Seamus Coleman.

However, they still put in a strong shift defensively and may feel that they could have secured more than one point with the scoring chances they created.

Anthony Martial opening the scoring for the Red Devils before the break. His curling effort took a deflection that outsmarted Jordan Pickford in goal.

Despite the setback, the Toffees played with a positive mindset, and a counter-attack paved the way for the equaliser.

Gray grabbed possession of the ball from a Red Devils corner. He showed outmuscled Fred twice before laying the ball for Abdoulaye Doucoure.

Doucoure then put Andros Townsend through on goal. The forward was given so much space in the middle. He had time to take a touch before slotting past David de Gea.

The Toffees could have ended up with the winner late on, had Tom Davies not been reluctant to shoot. He squared the ball for Yerry Mina to score, but he was clearly offside.

Some of the Toffees’ faithful were delighted with the impact of Gray, and here are a few reactions on Twitter.

The Toffees signed Gray for just €2 million from Bayer Leverkusen this summer, and he is now emerging as one of the best signings of the season.

The €8m-rated star barely played during the backend of his Leicester City career, but he appears a player transformed after a brief stint in Bundesliga.

The goal would not have resulted without his tireless run on the left flank that saw several United players out of position after a poor corner.

Alongside him, Andros Townsend has also upped his game after his free transfer. He bagged just two goals in his last two seasons with Crystal Palace.

He has eclipsed that tally in superb fashion with five goals from nine outings. Rafael Benitez deserves plenty of credit for getting the best out of the duo.

There was a furore among some Toffees fans when Benitez was appointed as manager due to his former association with arch-rivals Liverpool.

The Spaniard can do no wrong at the moment, and he is certainly proving that he is the right man for the job.