England’s chances at the 2022 World Cup 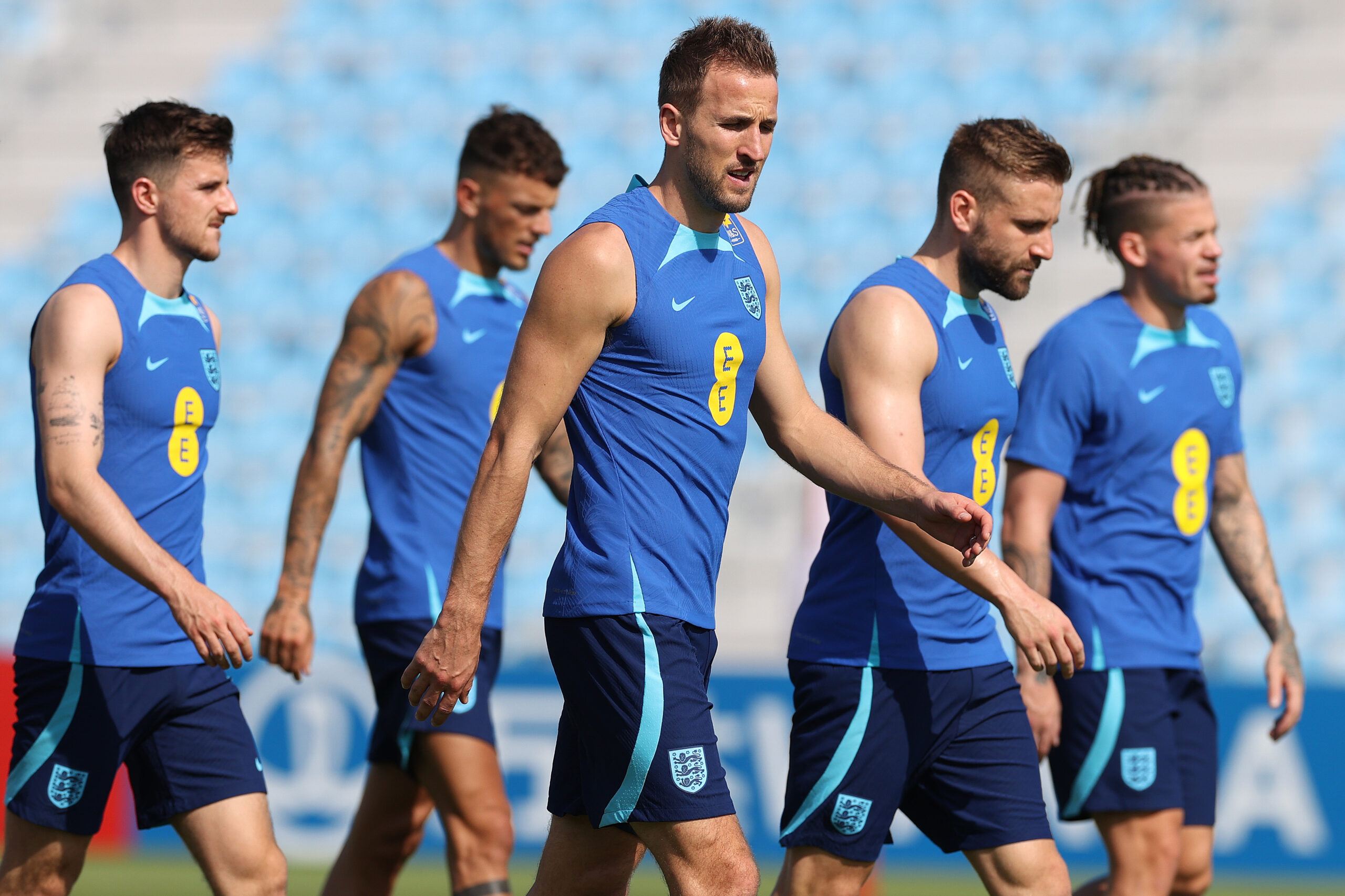 England did incredibly well in the World Cup European Qualifiers as they topped Group I with eight wins from 10 games.

However, things haven’t been so promising for the Three Lions since as they endured a six-match winless run and suffered relegation from top tier of UEFA Nations League.

Gareth Southgate’s side lost 1-0 to Italy in September before playing out a 3-3 draw against Germany.

England will begin their World Cup campaign on November 21 when they take on Iran at the Khalifa International Stadium. Southgate’s men will lock horns with USA four days later at the Al Bayt Stadium before crossing swords with neighbours Wales on November 29.

Their World Cup 2022 Group B opponents don’t look very daunting and Southgate’s men should easily make it to the knockouts.

Harry Kane is one of the deadliest strikers in the world, with the 29-year-old averaging a goal per World Cup game. If England are to do well in the tournament, Kane should be at his best.

Jude Bellingham and Declan Rice are also incredibly talented and are expected to perform well for the Three Lions. Jordan Pickford will also have a big role to play as England look vulnerable in defence with question marks over the form and fitness of Harry Maguire, John Stones and Kyle Walker.

Brazil, Argentina and France are the top favourites to win the 2022 World Cup. Considering England’s recent struggles, we don’t see them winning football’s biggest prize in Qatar this year.

Southgate’s men made it to the semi-finals in the 2018 World Cup, where they ultimately lost 2-1 to Croatia. They have the quality to repeat that feat this year but it will be highly surprising if they make it to the final or manage to win the tournament.

World Cup 2022 Qualification update: Which teams have qualified, which teams are in the play-offs?