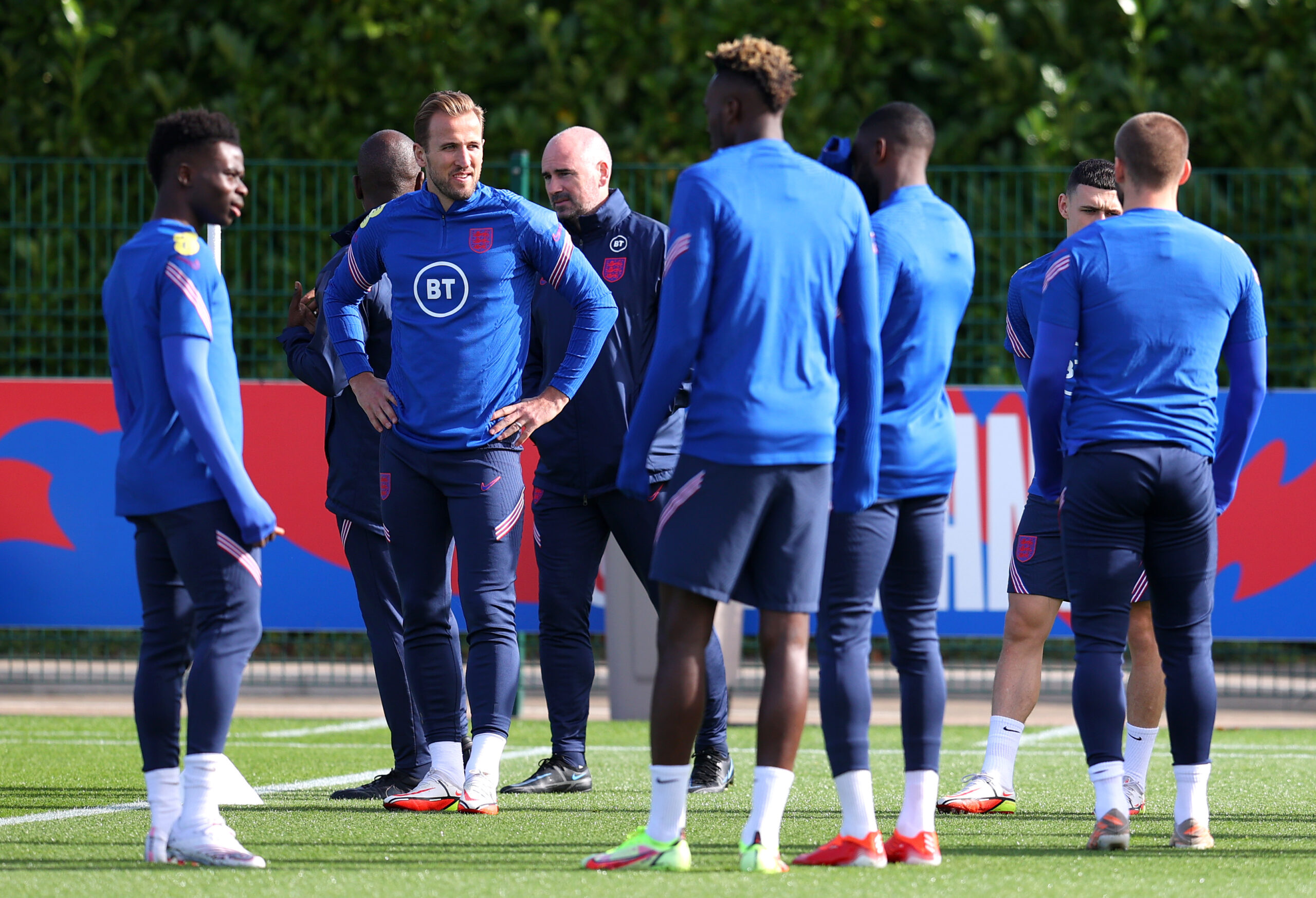 Wembley Stadium is the venue as England and Hungary go head-to-head in a World Cup qualifying fixture that could fire the hosts to Qatar 2022.

England’s utterly dominant performances in the ongoing World Cup qualifying cycle have brought them on the cusp of reaching next year’s showpiece.

A victory over underperforming Hungary would all but secure the Three Lions’ berth at the upcoming tournament as they look to maintain their eye-catching post-European Championship form.

It has been almost 50 years since England last suffered a loss against Hungary, with the Three Lions going unbeaten in 14 straight H2Hs (W12, D2) since a 4-2 defeat at the 1962 World Cup.

What’s more, barring their iconic 6-3 victory at the old Wembley in November 1953, the Hungarians have lost all of their remaining nine internationals on English soil.

Although the sides last met in England in August 2010, it is worth noting that the Euro 2020 runners-up have only trailed for seven minutes across their previous 14 meetings with Hungary.

England cruised past Iberian minnows Andorra 5-0 last time out to get on the brink of securing their berth at Qatar 2022, extending their outstanding Group I record to six wins from seven qualifying fixtures (D1).

Barring an underwhelming 1-1 away draw with Poland in September, the Three Lions have netted 2+ goals in each of their remaining six World Cup qualifiers, managing an average of 3.66 per game.

Additionally, Gareth Southgate’s men have established themselves as a force to be reckoned with at home of late, winning their last 21 home major tournament qualifiers by an aggregate score of 73-7.

The last time England failed to win a World Cup/European Championship qualifier on home soil was a 1-1 draw with Ukraine in September 2019.

Excluding their Euro 2020 exploits, the hosts have won each of their last seven home internationals since a 1-0 defeat to Denmark in a Nations League clash in October 2020.

It is hard to make a case for England not to claim another lopsided victory in this encounter, especially considering that four of their seven aforementioned triumphs yielded a margin of 3+ goals.

After being rested in England’s routine win in Andorra, Harry Kane, who has scored in his only previous appearance against Hungary, should return to the starting line-up.

The Tottenham Hotspur star has been nothing short of remarkable for the national team in 2021, netting nine goals in 13 international fixtures since the turn of the year.

Hungary’s hopes of reaching their first World Cup finals since 1986 are hanging by a thread as they ended on the wrong end of a 1-0 scoreline against Albania last time out.

The Hungarians have lost three of their last four World Cup qualifiers without scoring, while a hard-earned 2-1 home win over Andorra remains their solitary success in that sequence.

As a result, Marco Rossi’s men sit five points adrift of second-placed Albania with three Group I fixtures left – including this one – and have no margin for error here if they are to remain in contention for a runner-up spot.

On the bright side, though, the Magyars have lost just one of their seven international matches on foreign soil since the start of 2020 (W5, D1, L1), excluding their Euro 2020 participation.

A return of four clean sheets from that seven-match run, coupled with Hungary’s spirited showings at Euro 2020, should encourage the visitors to make this Wembley showdown competitive.

However, the 31-year-old shot-stopper is on a six-match wait for an international clean sheet, a streak that includes Hungary’s 4-0 thrashing to England in the reverse fixture.