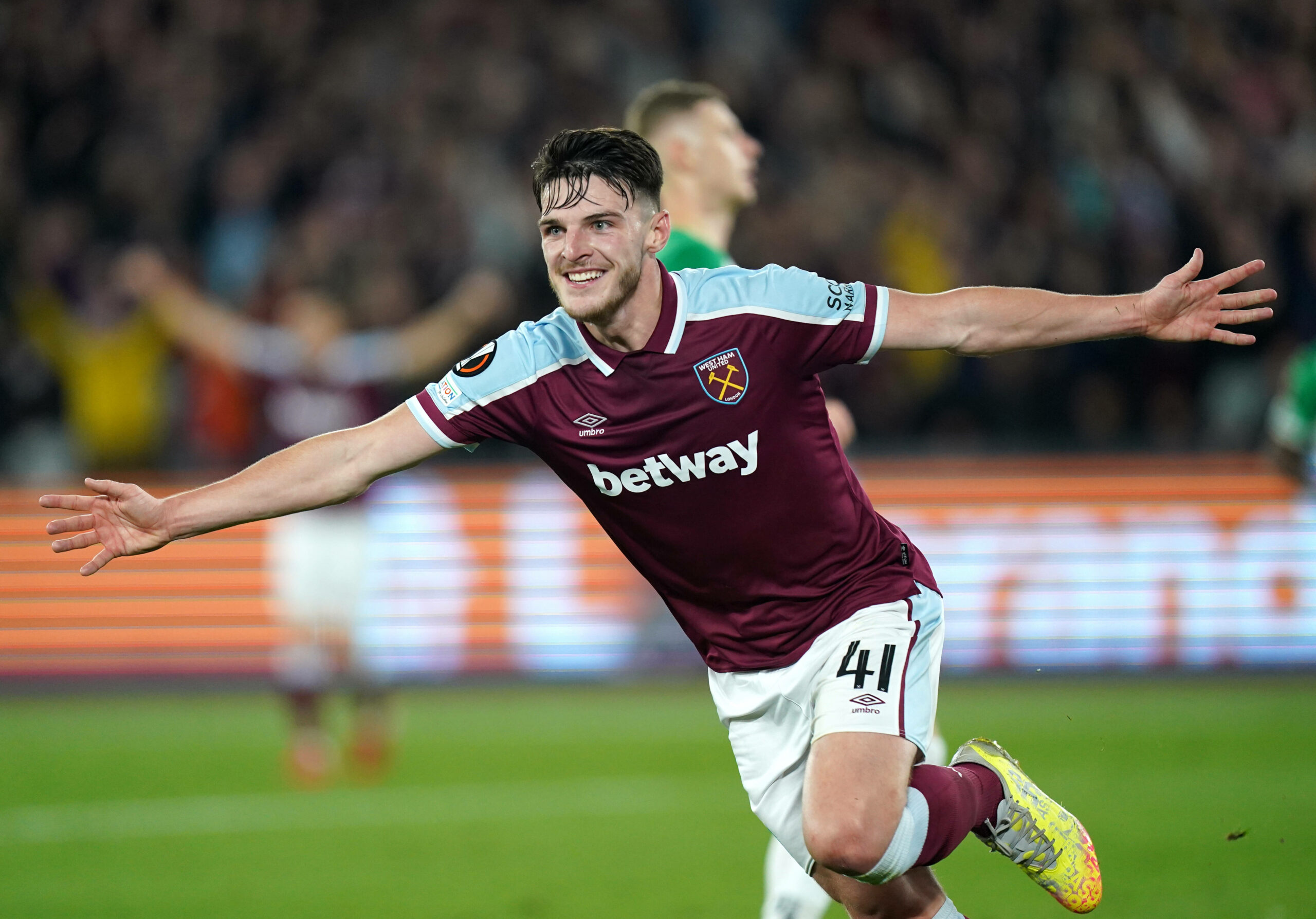 After finding the net in the Hammers’ 2-0 victory over Dinamo Zagreb in their Group H curtain-raiser, the 22-year-old scored another European goal at the London Stadium.

During the post-match interview, the England international refused to hide his excitement about his side’s sublime showing in London.

“It was amazing,” he told West Ham’s official website. “We knew as players how big it was and we had to put on a performance. We had to win as well, of course, as all we want to do is top this group.

“We’re taking it a game at a time and after getting the win in Zagreb, winning again tonight is great for the players and the fans.

“It was funny – when I knew I was playing with Nobes tonight, I said to him I’m going to try and bomb on a little bit tonight, and I told him I’d score!

“When the opportunity came, I saw there was a bit of space to run into as the play built up. If you don’t make the runs, you’re not getting to get a chance, and to score again is a really nice feeling. I wish it could be every week!”

Rice has already equalled his last season’s two goal tally across all competitions, although he has yet to score in the Premier League this term.

His goal last night was just his seventh in 153 appearances for the Hammers.

However, the Chelsea and Manchester United transfer target is getting more involved in the final third this season.

Known for his defensive skills, impeccable passing and endless workload in the centre of the park, Rice has developed into one of the finest deep-lying midfielders in the Premier League.

It now looks like the Englishman is on course to discover another hidden talent, making him even more appealing to potential transfer suitors.

Read: Liverpool keeping tabs on Arnaut Danjuma with a view to future transfer.