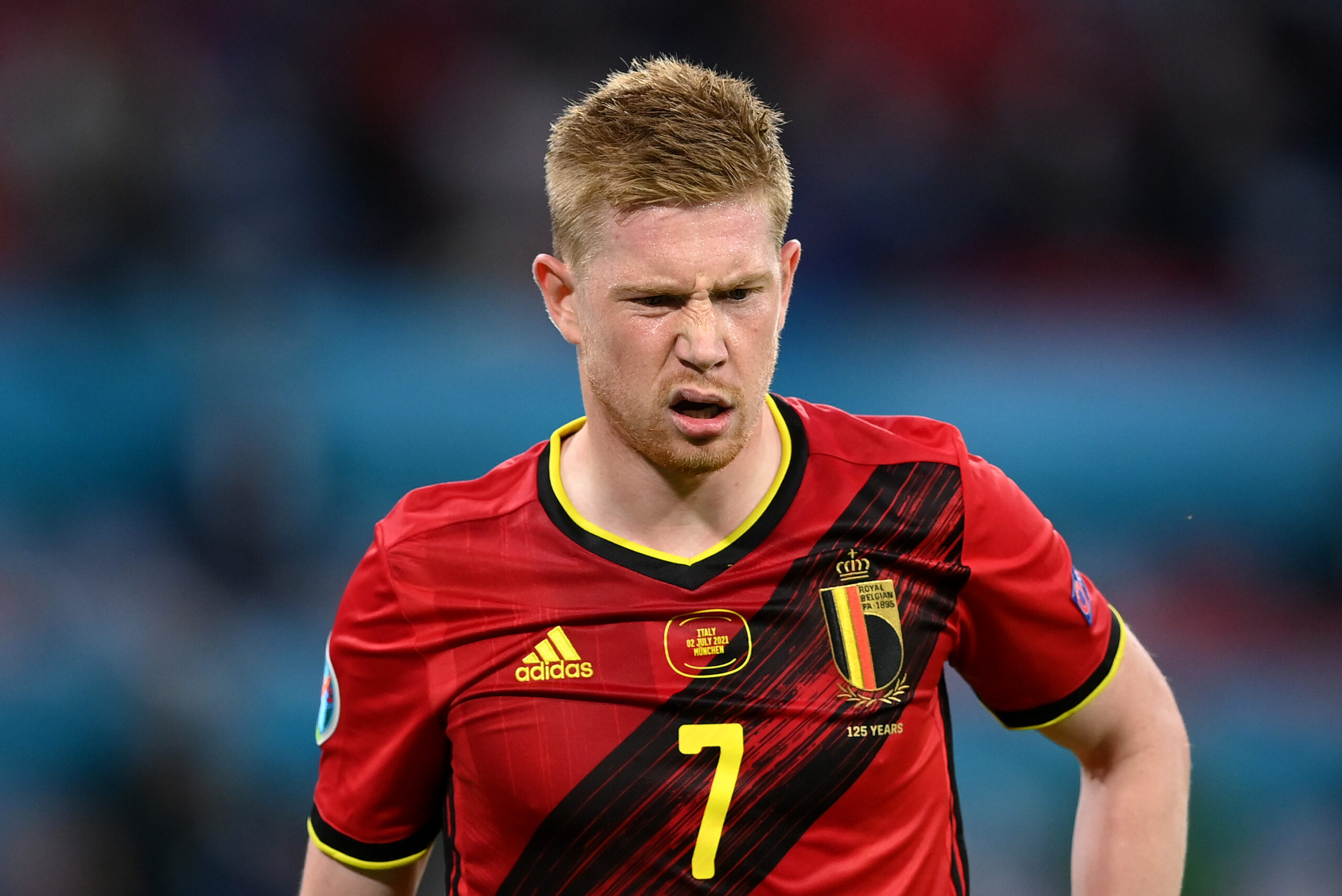 During an interview with VTM NIEUWS (via HTN), the Belgian playmaker claimed he should not have played through the pain barrier against Italy.

“I came with an injury to my eye socket, and after three matches I left with an even heavier ankle injury,” he said.

“I knew right away that it was bad with my ankle after that tackle against Portugal. Against Italy, I played with two injections.

“If I had known in advance what my ankle would have been like afterwards, I wouldn’t have played football.”

De Bruyne’s comments raise several questions, most notably regarding who made the final decision on the jabs.

If it was the Manchester City star, then he undoubtedly has questions to answer from his club about the choice he made.

De Bruyne is extremely well rewarded by City and has a duty to put them first when it comes to his fitness.

However, if Roberto Martinez put pressure on De Bruyne to play against Italy, City would be well within their rights to demand an explanation from the Belgium manager.

Trying to play through an upper ankle sprain is always extremely risky and the decision to play, whoever made it, was hugely irresponsible.

De Bruyne was in discomfort during pre-season and has not been able to feature in all of City’s games this term.

The 30-year-old was short of his best in the matches he did play, although he did step things up against Liverpool last weekend.

Despite this, De Bruyne and Martinez need to clarify why such a considerable risk was taken with one of City’s most valuable assets.