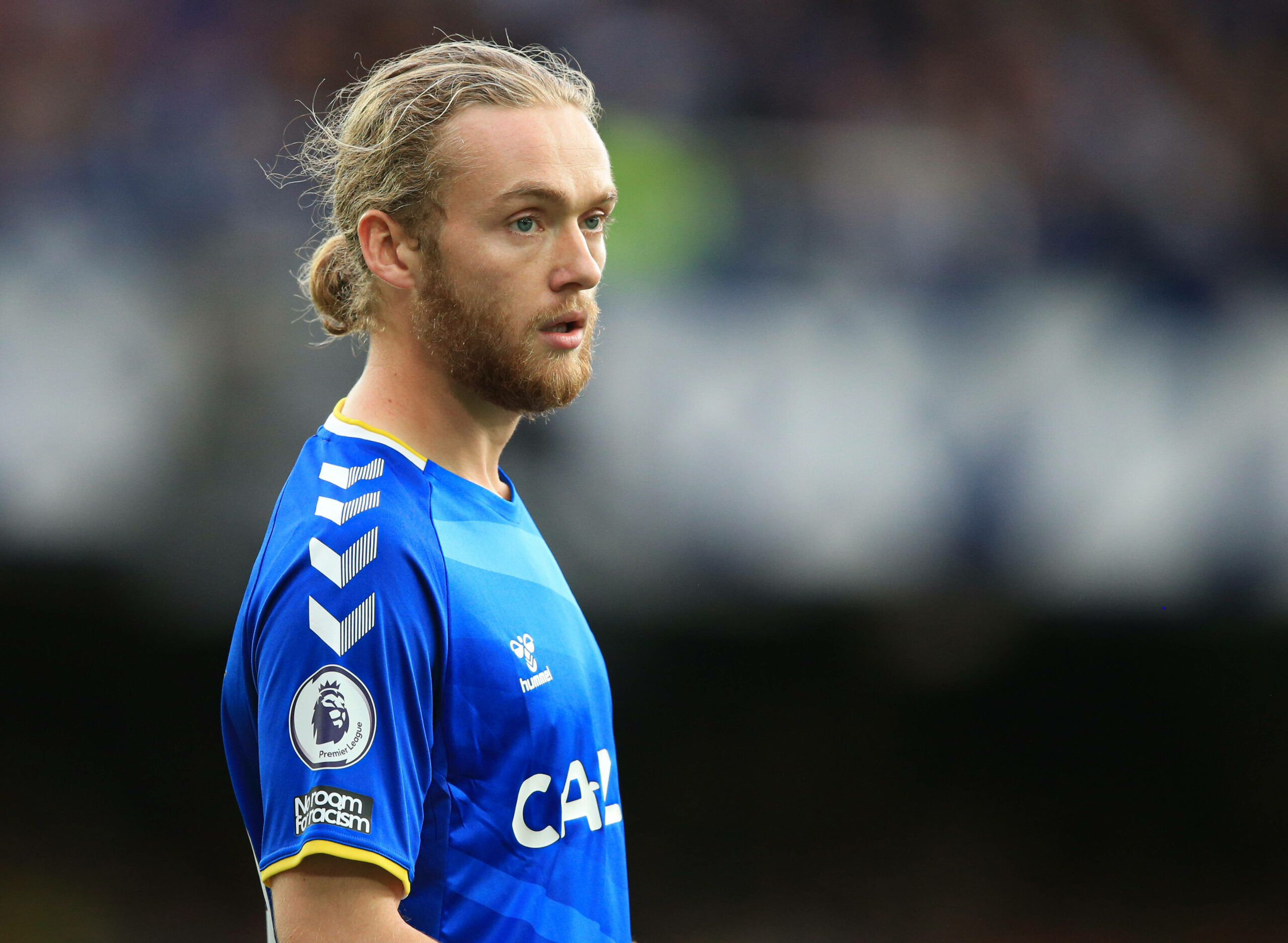 Crystal Palace are monitoring the situation of Everton midfielder Tom Davies amid the uncertainty over his future, Football Insider claims.

The 23-year-old has made 155 appearances for the Toffees, but he has barely played in the Premier League this season under Rafael Benitez.

With his current deal expiring in June 2023, there are doubts over his long-term future. Palace are reportedly keeping tabs on the proceedings.

The south London outfit brought in two midfielders in Will Hughes and Conor Gallagher this summer, but the latter has only arrived on loan.

They plan to monitor Davies over the coming months before weighing up a potential approach.

Palace parted ways with several senior players at the expiry of their contracts this summer.

Their recruitment focused on reducing the average age of the squad. They brought in seven outfield signings with Hughes being the oldest at 26.

Davies fits into their recent transfer policy and he also has vast top-flight experience, having played 132 times in the Premier League for the Toffees.

At 23-years-old, he has plenty of room for development. The Toffees may contemplate selling him next year, particularly if there is no progress over a new contract.

Davies may want regular playing time as he enters the prime years of his career. The Eagles could assure him the same while Vieira could get the best out of him.

The Frenchman has a reputation for developing young players. He has already improved Gallagher, who has two goals and one assist in four league outings.

The midfielder has also won a penalty in this period. If he continues to excel, it is highly unlikely that parent club Chelsea will consider his future sale.

On that basis, Palace could find themselves needing a replacement in the future. Davies could be a realistic option for the London outfit in either January or next summer.