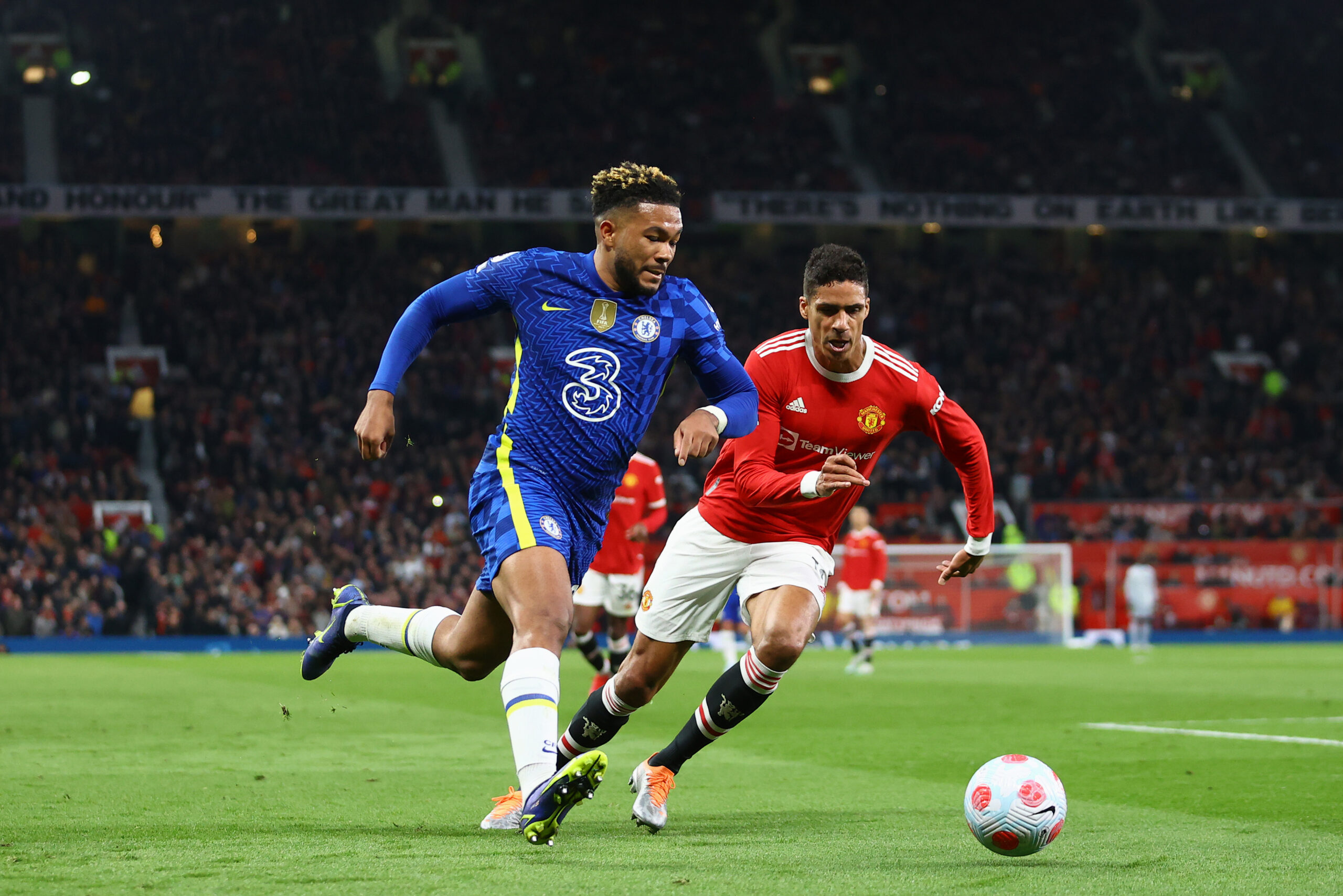 Saturday’s Premier League top-five six-pointer pits Chelsea and Manchester United against each other at Stamford Bridge.

The two of the most iconic Premier League sides boast 18 of the 30 titles between each other since the competition’s inception in 1992, but neither has been in the title frame for years.

Unless they embark on substantial winning streaks, that’s unlikely to change, though their recent domestic showings can inspire much confidence in both camps.

Chelsea kept hold of the coveted fourth place despite being held to a goalless midweek draw at Brentford, maintaining Graham Potter’s 100% touchline start at the Bridge (W5, D2).

Since axing Thomas Tuchel, the Blues have conceded just two goals across seven competitive matches, with the airtight backline providing the backbone for their noticeable upturn in form.

While Chelsea were left rueing missed opportunities in their all-London clash against Brentford, Man Utd produced arguably their most eye-catching performance of the season during a 2-0 beating of Tottenham Hotspur on Wednesday.

Fred and Bruno Fernandes scored beyond half-time to claim the Red Devils a well-deserved triumph over fellow top-four hopefuls as they dominated proceedings through and through.

Cristiano Ronaldo couldn’t hide his frustrations for being an unused substitute once again as he stormed out of Old Trafford before the final whistle, as said by the Daily Express.

Ronaldo’s misconduct overshadowed Man Utd’s glorious victory, and it’s yet to be seen whether his action will affect the rest of the squad ahead of Saturday’s trip to London.

Potter’s arrival from Brighton & Hove Albion has headlined the Chelsea news for a good reason. His appointment has turned the Blues’ fortunes around, turning them into credible top-four candidates again.

Chelsea have won all three home league games under Potter and could make it four victories in a row for the first time since a run of six under Frank Lampard.

Three of Man Utd’s last four Premier League matches outside Old Trafford have seen them run out victors, except for a 6-3 defeat at Manchester City earlier in October.

However, London hasn’t been a happy hunting ground for the Red Devils of late, as they’ve lost all three previous top-flight visits to the capital, last losing more in succession in 1974.

Desperate to buck that trend, Man Utd will fall back on their stellar nine-match unbeaten streak against Chelsea in the Premier League (W3, D6), keeping a clean sheet twice on their last three visits to the Bridge.

Chelsea vs Man Utd, alongside all other fixtures in England’s top flight, is available to watch online via live Premier League streams.

A victory would see Man Utd leapfrog Chelsea into fourth, but taking points away from west London has been one of the most formidable tasks in the Premier League this season.

The last two league meetings between these two teams at the Bridge have ended level and we expect another draw to be the order of the day.