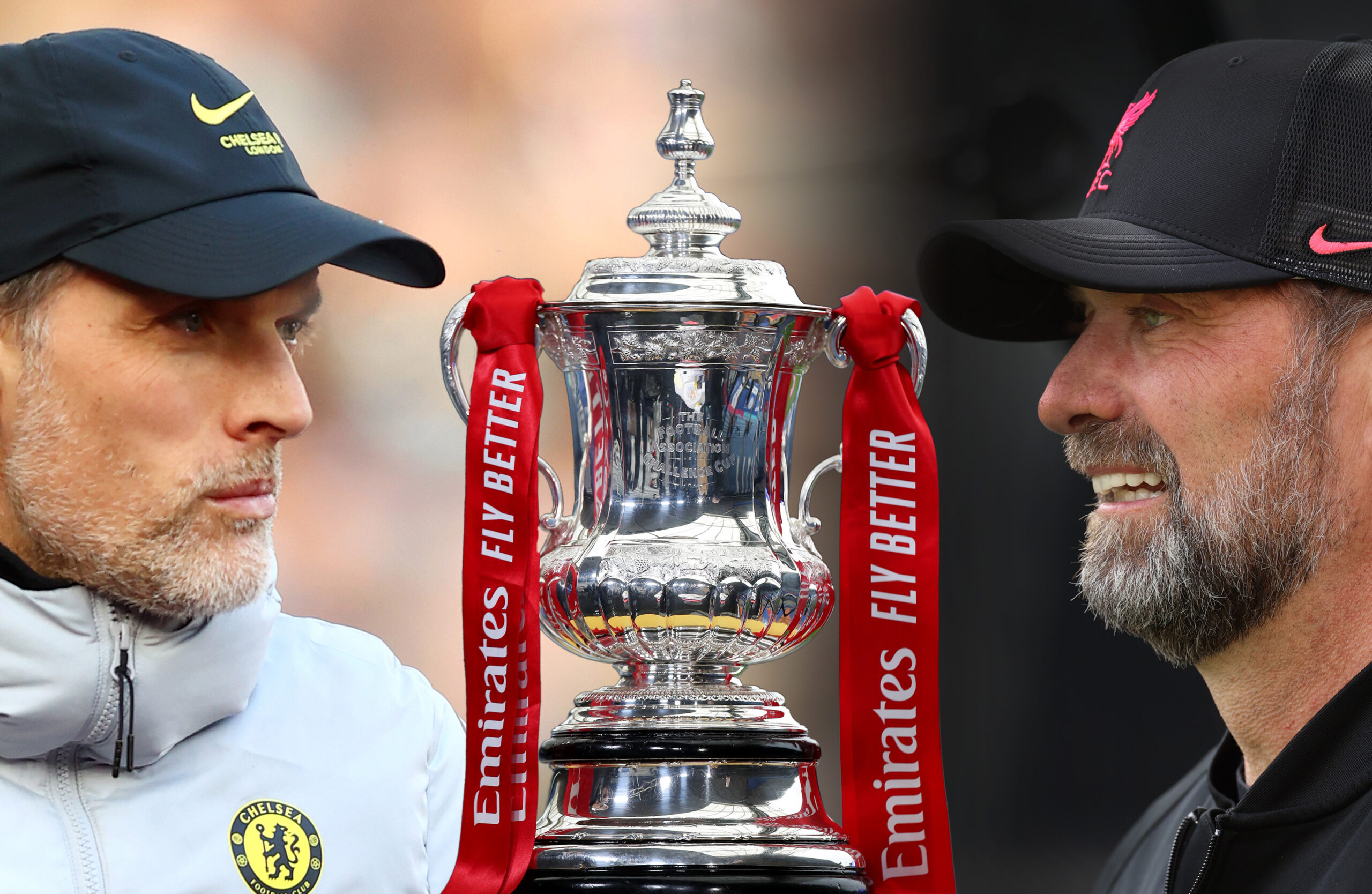 Chelsea and Liverpool are set to square off in a mouth-watering FA Cup final at Wembley Stadium, a decade after their last meeting in the competition’s showpiece.

Seeking revenge following a heartbreaking penalty shoot-out collapse in February’s EFL Cup showdown, the Blues will fall back on their most recent H2H experience in the FA Cup.

Led by Andre Villas-Boas, Chelsea defeated Liverpool 2-1 to win their seventh FA Cup title before a 1-0 beating of Manchester United in 2018 took their tally to eight.

Liverpool are just one title short of the Blues’ record in the most prestigious English cup competition, which incidentally remains the only title Jurgen Klopp has yet to win during his trophy-laden spell at Anfield.

With zero FA Cup titles to his name, Klopp will be keen to become the first-ever German manager to lift the trophy in the competition at the expense of his fellow countryman Thomas Tuchel.

That should set up the Saturday showpiece nicely as the Reds’ hunt for a historic quadruple prepares to undergo another severe testing.

A comfortable 2-0 win over fellow London rivals Crystal Palace in the FA Cup semi-finals has catapulted Chelsea into their third consecutive title-decider in the competition.

Despite becoming the first side since Arsenal in 2003 to qualify for three FA Cup finals in a row, the Blues could meet Newcastle United’s unwanted record of losing as many successive showpieces back in 1998/99.

Signs are ominous, as Tuchel has won just 17% of his managerial encounters against Klopp (W3, D4, L1), with Chelsea going winless in all three competitive meetings with Liverpool this term (D2, L1).

Liverpool left juggernauts Manchester City in their wake en route to setting up their first appearance in the FA Cup final in a decade, recording a 3-2 win in their blockbuster semi-final tie.

Coming into this fixture, the Reds fought back to beat Aston Villa 2-1 and maintain their faint hopes of landing a second Premier League title in three years.

More importantly, Klopp’s men have preserved their jaw-dropping record of going unbeaten in all 25 matches against domestic rivals in 2022 (W21, D4).

With Jorginho and N’Golo Kante back to the fold after overcoming minor fitness issues, Tuchel has no fresh injury concerns ahead of the weekend’s final.

Callum Hudson-Odoi and Ben Chilwell remain the only long-term absentees in the Stamford Bridge camp.

Liverpool have been dealt a massive injury blow after Fabinho was forced off the Villa game with a hamstring problem that could sideline him for the upcoming Champions League final against Real Madrid.

Klopp confirmed during the pre-match conference that the Brazilian midfielder is not unavailable for selection, as relayed by the Daily Express.

Both sides will grasp the Wembley pitch with one sole idea on their minds – gain bragging rights and take home the trophy.

Although there has been nothing except a penalty shoot-out to separate old foes this season, we back Klopp to celebrate his recent contract extension by leading Liverpool to another trophy.