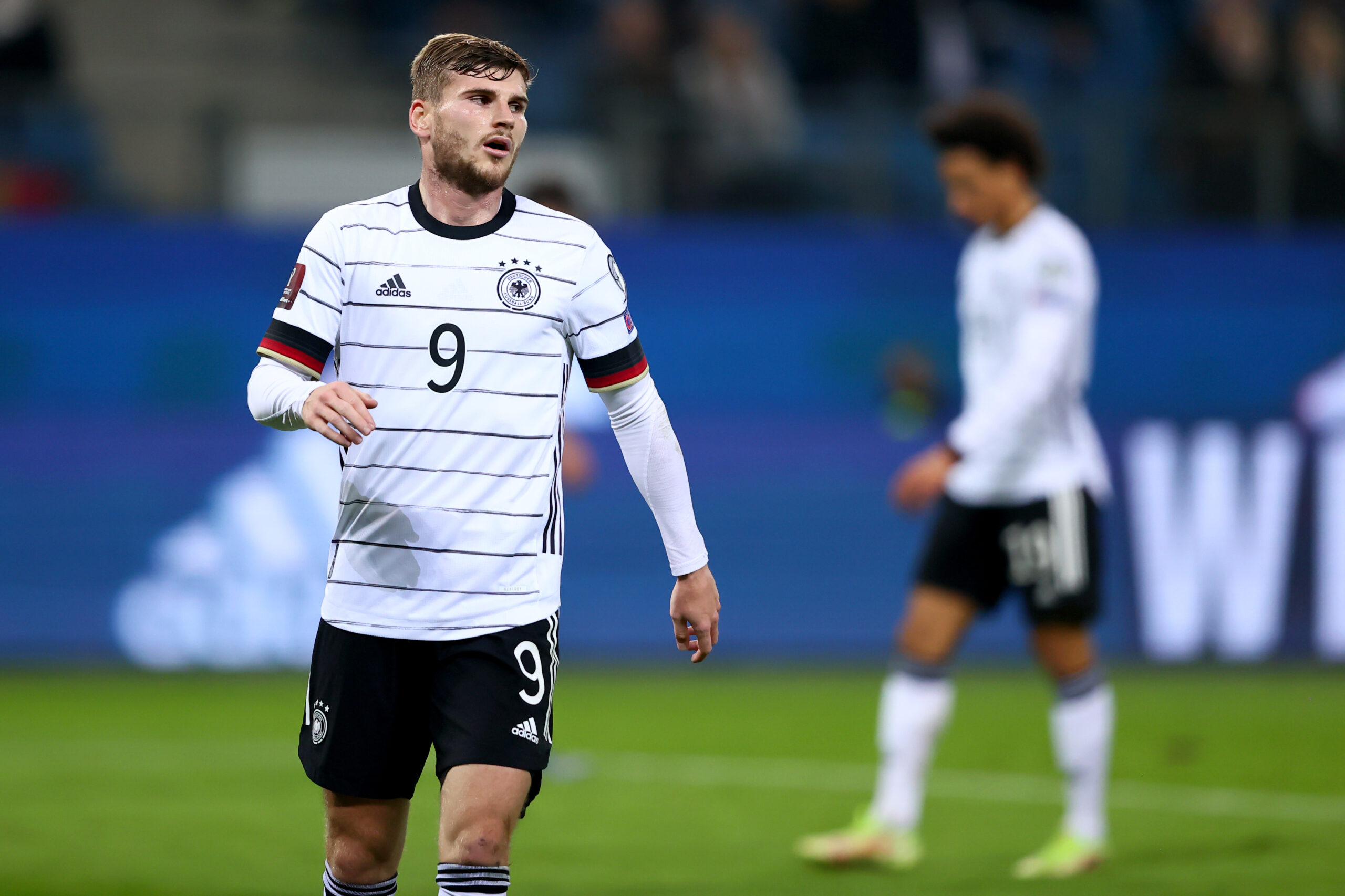 A selection of Chelsea fans were delighted for Timo Werner after he scored a brace in Germany’s 4-0 win over North Macedonia in a World Cup qualifier last night.

The Germans had a tough opening half at the Philip II Arena. They broke the deadlock shortly after the break with Kai Havertz scoring into an empty net from a Thomas Muller assist.

Timo Werner then came into his own with two quickfire goals of the highest calibre. The 25-year-old doubled Germany’s advantage with a first time shot in the 70th minute.

A few moments later, he cut inside from the right flank before curling his effort into the far corner of the net. Jamal Musiala completed the rout seven minutes from time.

Werner went into the international break after scoring his first Premier League goal since February. Some of the club’s faithful believe he is getting back to his best form.

Werner recently struggled for playing time with the Blues after Romelu Lukaku’s arrival. He was a regular on the bench, with Lukaku getting the nod to lead the line.

However, before the international break, Werner and Lukaku started together in a couple of games. He featured up front with the Belgian against Manchester City.

In the 3-1 win over Southampton, Werner played out wide but made the difference with the key second goal at 1-1.

Werner has been flourishing for Germany under manager Hansi Flick. He has bagged a sublime tally of five goals in his previous four outings for the national team.

The €55 million-rated star showed no lack of confidence with the nature of his goals last night. Blues fans will be hoping that he can sustain the form after the break.

Read: Chelsea have an agreement in place to renew Andreas Christensen’s contract.