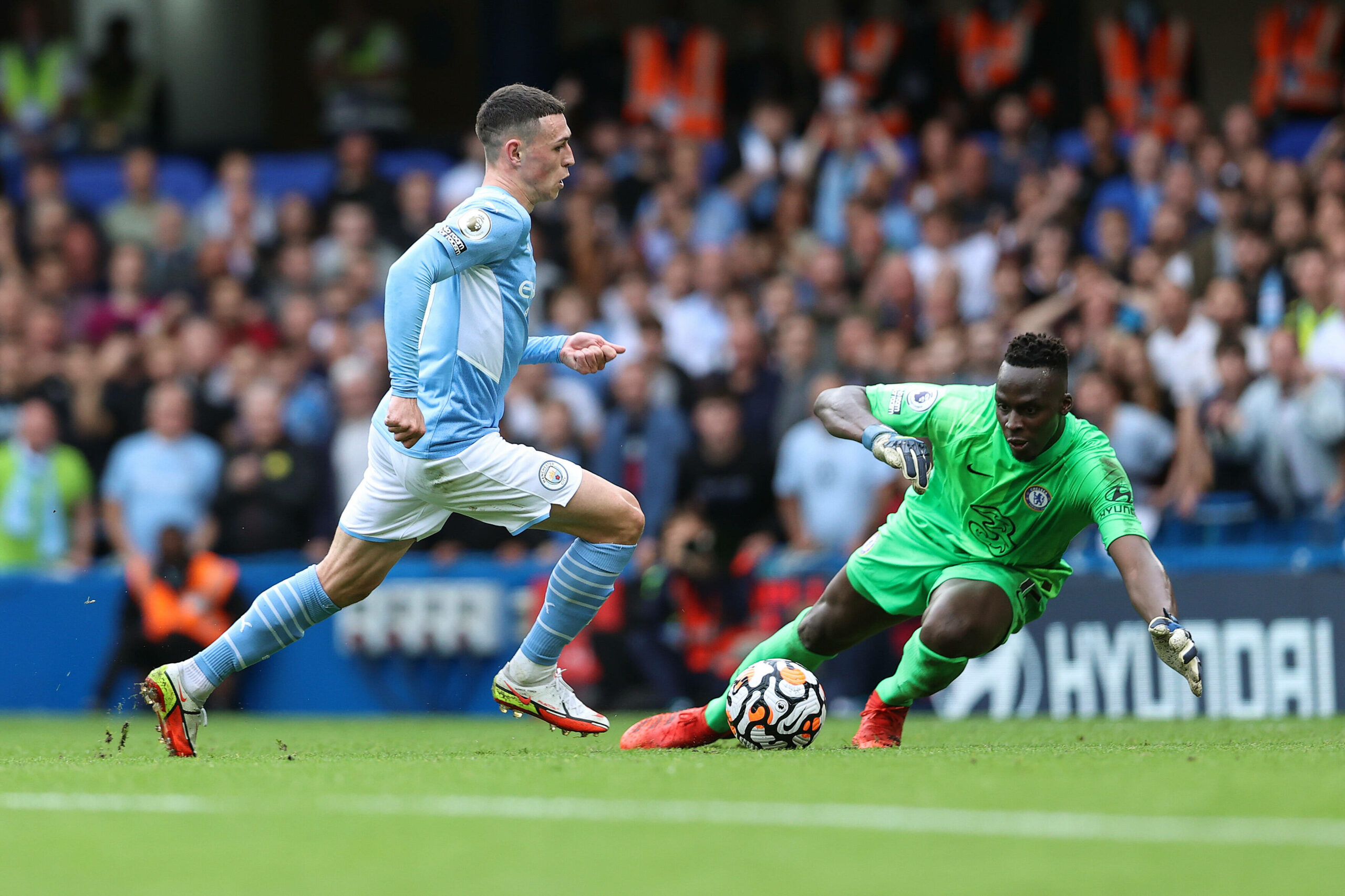 A selection of Chelsea fans on Twitter heaped praise on Edouard Mendy’s performance during the 1-0 Premier League debut to Manchester City.

The Blues were second best against the Cityzens at Stamford Bridge earlier today, failing to register a single shot on target over 90 minutes.

While there was no attacking presence, the defensive display was up to the mark. Only a deflected goal from Gabriel Jesus made the difference.

Thiago Silva showed a terrific defensive resolve coming early off the bench. He made a crucial goal-line clearance.

Mendy also had another top-notch display between the sticks. He twice denied Jack Grealish in the match, including a one-on-one situation.

Some fans were delighted with his showing and felt he saved the club from potential embarrassment.

Mendy has been the Blues’ undisputed shot-stopper when fit, and there were no surprises that he was reinstated in the line-up after overcoming a hip concern.

The €25 million-rated star had a comfortable opening half, but he was kept busy after the break. His saves ensured that the margin of defeat was kept respectable.

Thomas Tuchel chose a defensive approach to the game with a view to counter-attacking, but the tactic backfired against City for once due to the latter’s pressing.

The Cityzens ended a three-match losing run against the Blues. They have now climbed to second on the table on goal difference to Chelsea, only one point behind Liverpool.